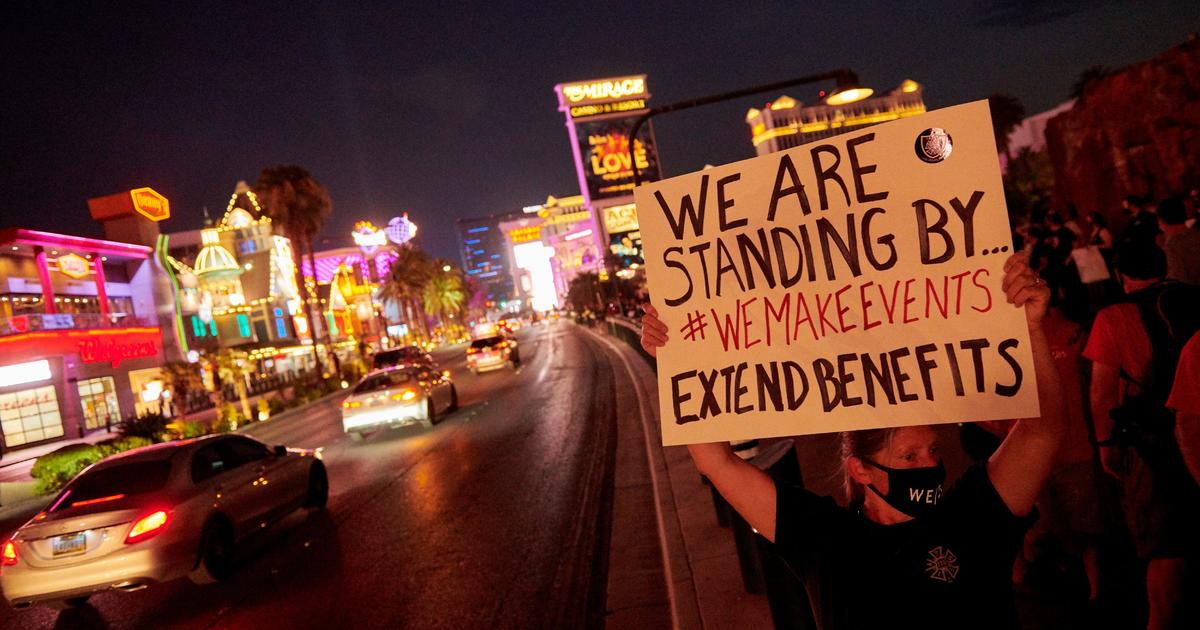 About 12 million jobless workers around the U.S. will lose their unemployment benefits the day after Christmas, according to a new analysis. The benefits cutoff could push many households into poverty while creating headwinds for the economic recovery, experts say.

Two key government programs authorized by the Coronavirus Aid, Relief, and Economic Security Act, or CARES Act expire on December 26. One is the Pandemic Unemployment Assistance program, which provides jobless aid to freelance and gig workers. That would deprive 7.3 million workers of urgently needed income, according to a study released Wednesday by The Century Foundation, a progressive think tank.

Another 4.6 million workers face being dropped from Pandemic Emergency Unemployment Compensation (PEUC) benefits, another CARES Act program that provides an additional 13 weeks of jobless aid beyond the typical 26 weeks that states provide, the analysis found.

The extra $600 a week in federal unemployment insurance assistance that workers had been getting under CARES lapsed at the end of July, slashing income for many Americans who lost their jobs during the first months of the coronavirus pandemic.

The financial support from government stimulus programs have been credited with keeping many businesses and households afloat as they coped with the fallout from COVID-19 and nationwide shutdowns. The upcoming benefits cliff may prove to be another shock to households and the economy, said The Century Foundation’s Andrew Stettner, an expert on unemployment.

“People don’t realize that most of the people collecting unemployment benefits now will be cut off on December 26,” Stettner said. “Most people will be going from that $200 to $300 a week to nothing.”

He added, “This is will have a huge impact on families and the economy.”

At the same time, several other pandemic-related programs are due to expire at year-end, which could add to the pressures facing many households. For instance, a moratorium on evictions and a program to provide forbearance on mortgages are also scheduled to expire by the end of 2020.

The end of stimulus programs would provide a “real test” for the economy, according to Oxford Economics senior economist Bob Schwartz. The expiration of unemployment support is coming as COVID-19 surges across the U.S., sparking new restrictions from states and cities.

“With infection rates spiking throughout most of the nation, so too are more restrictions being put in place, setting the stage for the unemployment lines to swell again,” Schwartz wrote in a report. “Unless Congress extends [jobless benefits], a vital source of income for this distressed segment of the population would be extinguished.”

While the unemployment benefits aren’t particularly generous — the typical weekly unemployment check amounts to $333 a week — out-of-work adults have told CBS MoneyWatch that the additional money has helped them pay for necessities like utilities and rent.

Some workers have already reached the end of their unemployment benefits this fall, such as those workers who were among the first to lose their jobs in the spring. About 4.4 million workers will have already exhausted their extra CARES Act unemployment aid before the December 26 cutoff, The Century Foundation estimates.

“I’m stressed out,” Shawnda Rice, 40, a bartender in Cincinnati, told CBS MoneyWatch last month. The bar where she worked shuttered in March, when she filed for unemployment. “I don’t know where the money is coming from. When the bills came due this past week, I called and asked for an extension.”

Stimulus talks stalled in Congress ahead of the November 3 election. While there are hopes for another round, the size and timing of a measure remain uncertain. Senate Majority Leader Mitch McConnell has signaled he backs another stimulus package, noting in a press conference earlier this month that he would like an aid deal passed before year-end.

President-elect Joe Biden has called on Congress to “come together and pass a COVID-relief package.” Yet any package passed during the so-called “lame duck” session — before the newly elected members of the Senate and the House take their seats in January, along with Mr. Biden — is likely to be far smaller than the more than $2 trillion sought by Democrats, according to Wall Street analysts.