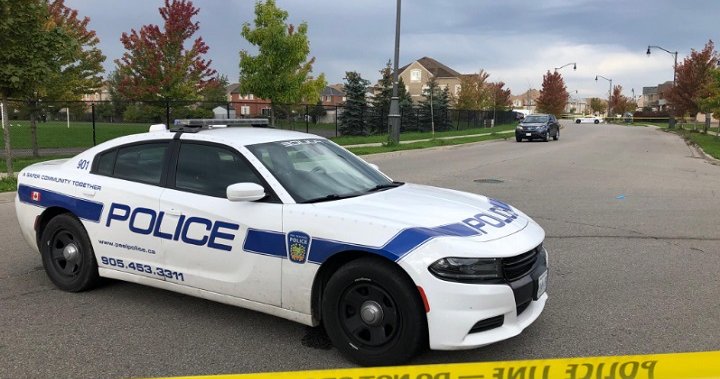 A 13-year-old girl has been rushed to a trauma centre after she was hit by a vehicle in Brampton’s east end, officials say.

Emergency crews were called to the intersection of Thorndale Road and Rouge Street, southeast of The Gore Road and Castlemore Road, just before 8:30 a.m. on Wednesday with reports of a collision.

Representatives with Peel Regional Police and Peel Paramedics didn’t release the extent of the injuries the girl sustained.

The circumstances leading up to the collision weren’t clear as of Wednesday morning, but police added the driver remained at the scene.

Wednesday’s incident marks the second time in as many days when a teenager was hit by a vehicle. In Toronto’s east end on Tuesday, a 17-year-old girl died near a high school after she was struck.

Meanwhile, officers in Brampton closed the immediate area for the investigation.