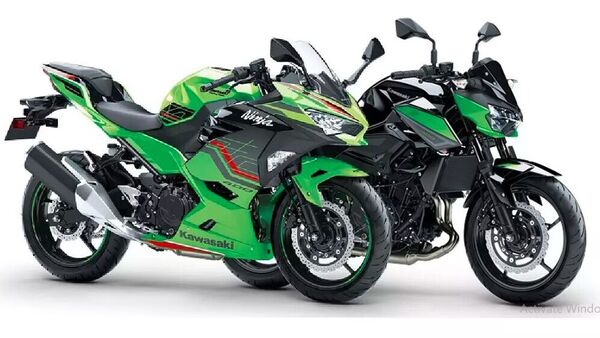 Kawasaki has launched the new Ninja 400 in the European market with a few major updates for 2022.

Kawasaki has launched the new Ninja 400 in the European market with a few major updates for 2022. The bike now comes compliant with Euro-5 emission norms and also features new colours. The key updates on the bike include the use of a greener, liquid-cooled, 399cc parallel-twin motor. In the latest BS 6-compliant avatar, the model continues to deliver 44bhp of maximum power and 37Nm of torque. While the overall power remains unchanged, the torque output has been lowered by 1 Nm. The engine remains the same 6-speed unit with a standard slipper clutch.

While there are no design tweaks on the bike, the paint scheme has received an update. The Ninja 400’s panels come draped in dual-tone green and black. In addition to this, the bike gets other colour options too.

The equipment and underpinning have been carried over as is. The bike is underpinned by a steel trellis frame and comes suspended no to a 41mm telescopic front fork and a preload-adjustable monoshock which does duty at the rear. For braking, the bike uses a 310mm disc up front and a 220mm disc at the rear.

(Also Read: Watch: From motorcycle to a wild goat robot, Kawasaki aces it)

Currently, the bike is not preset in India as it was never re-introduced in the BS 6 version after the previous BS 4 model was taken down due to stricter emission norms. As far as pricing goes, the new 2022 Ninja 400 has been priced at 6,250 Pounds (approximately ₹6.04 lakh). However, there is no official confirmation if the bike will be launched in the Indian market anytime soon.