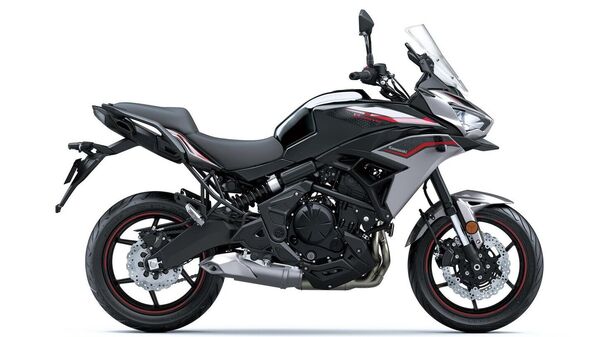 2022 Kawasaki Versys 650 could launch in India in the next few months.

Kawasaki India is gearing up for the launch announcement of the new Versys 650 that is likely to take place anytime soon now. The company has been offering heavy discounts on the existing Versys 650 model which will soon be replaced by the new model. If rumours are true, the new launch could happen by the end of the month.

The new MY22 Versys 650 is likely to cost around ₹40,000 – 50,000 over the previous model. And apart from a higher price tag, the bike will also be updated with some new features such as a four-way adjustable windscreen, a TFT display with Bluetooth connectivity and a two-level traction control system. The bike will also sport a slightly tweaked front fairing in line with the new Ninja 650.

At the heart of the upcoming model continues to sit the same 649cc, parallel-twin engine responsible for delivering 66bhp of maximum power and 61Nm of peak torque. Apart from the engine, the bike also brings forward the same chassis, suspension, and braking hardware as found on the previous model. Apart from the updates to the front fascia, the motorcycle has also received new colour options that make it distinctive from the outgoing model.

The bike rolls on 17-inch wheels and features an upside-down fork at the front and a monoshock at the rear. For the braking duties, the bike uses disc brakes at both the ends. Some of the key features on the bike includes a dual-pod headlamp setup, semi-digital instrument cluster, 21-litre fuel tank and an adjustable windscreen.