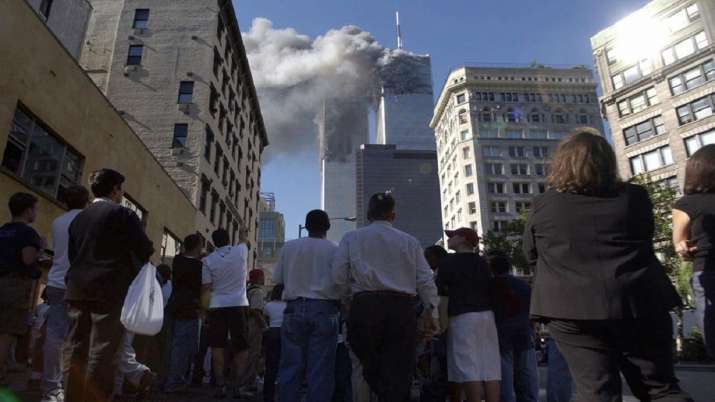 21 years of 9/11 attacks: On September 11, 2001, nearly 3,000 people were killed as 19 al-Qaida hijackers seized control of four jetliners, sending two of the planes into New York’s World Trade Center, one into the Pentagon and the fourth into a field in western Pennsylvania.

It was a day of indelible images — apocalyptic, surreal, violent, ghostly – both monumental and profoundly personal.

The terrorist attacks of 9/11 were captured in countless pictures by news photographers, bystanders, first responders, security cameras, FBI agents and others. Even an astronaut on the International Space Station took some.

Street scenes charted escalating horror as people stared and wept at the burning skyscrapers, then ran from the dust cloud billowing through lower Manhattan after one of them crumbles.

Flames shot from the windows of the Pentagon, a global symbol of military might that proved vulnerable to an attack by a handful of Islamic militants. A falling human form, almost silhouetted against one of the trade center towers, showed one of the most agonizing horrors of all.

Hours before dawn on March 1, 2003, the US scored its most thrilling victory yet against the plotters of the Sept 11 attacks — the capture of a disheveled Khalid Shaikh Mohammed, hauled away by intelligence agents from a hideout in Rawalpindi, Pakistan. 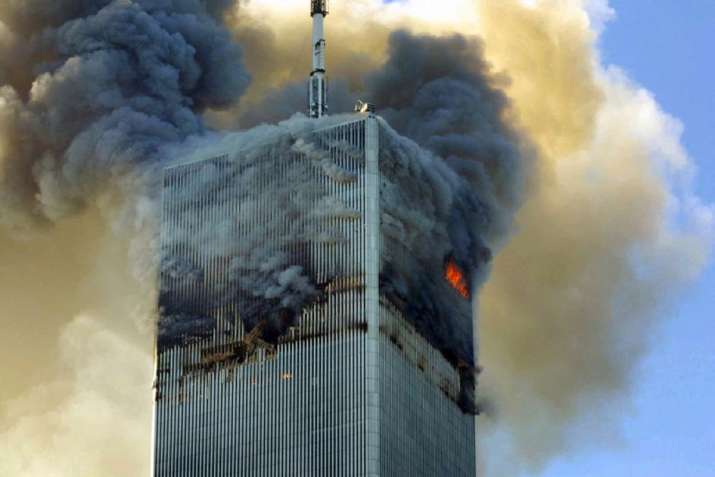 The global manhunt for al-Qaida’s No 3 leader had taken 18 months. However, America’s attempt to bring him to justice, in a legal sense, has taken much, much longer.

Critics say it has become one of the wars on terror’s greatest failures.

As of today – the 21st anniversary of the terror attacks, Mohammed and four other men accused of 9/11-related crimes still sit in a US detention center in Guantanamo Bay, their planned trials before a military tribunal endlessly postponed.

The latest setback came last month when pretrial hearings scheduled for early fall were cancelled. The delay was one more in a string of disappointments for relatives of the nearly 3,000 victims of the attack.

How did Mohammed plan the 9/11 attacks?

Mohammed and his co-defendants were initially held in secret prisons abroad.

Hungry for information that might lead to the capture of other al-Qaida figures, CIA operatives subjected them to enhanced interrogation techniques that were tantamount to torture, human rights groups say.

Mohammed was waterboarded — made to feel that he was drowning — 183 times. 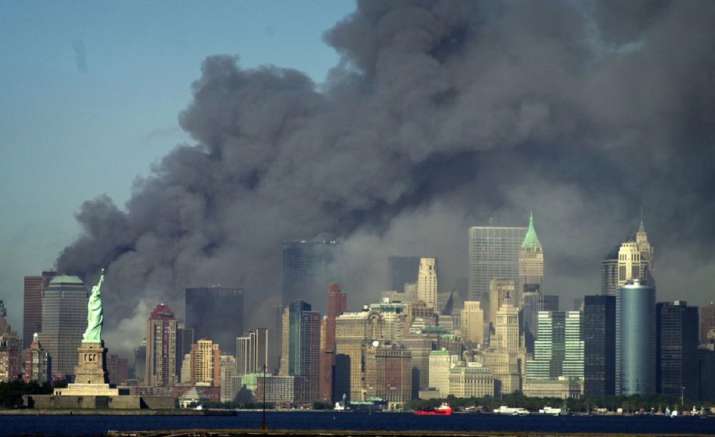 A Senate investigation later concluded the interrogations didn’t lead to any valuable intelligence.

But it has sparked endless pretrial litigation over whether FBI reports on their statements can be used against them — a process not subject to speedy trial rules used in civilian courts.

The torture allegations led to concerns that the US might have ruined its chance to put Mohammed on trial in a civilian court.

But in 2009, President Barack Obama’s administration decided to try, announcing that Mohammed would be transferred to New York City and put on trial at a federal court in Manhattan.

The passage of time hasn’t dulled the memories of the victims’ families or dampened their interest in witnessing justice.

While Mohammed has lingered at Guantanamo, the US killed al-Qaida leader Osama bin Laden in a 2011 raid and deputy-turned-successor Ayman al-Zawahri in a drone strike just this August.

Investigators with the military commission at Guantanamo Bay said he plotted the 9/11 attacks for three years.

They cited a computer hard drive seized at his arrest which they said contained photographs of the 19 hijackers, three letters from bin Laden and information about some hijackers.

Mohammed, at his tribunal hearing, conceded in a written statement that he swore allegiance to Osama bin Laden, that he was on al-Qaida’s council and that he served as operational director for bin Laden for the organizing, planning, follow-up and execution of the September 11 plot “from A to Z.”

According to the statement, he also took credit for the 1993 bombing of the World Trade Center; an attempt to down US jetliners using bombs hidden in shoes; the bombing of a nightclub in Indonesia; and plans for the second wave of attacks after the 2001 attacks targeting landmarks like the Sears Tower in Chicago and Manhattan’s Empire State Building.

He also claimed credit for other planned attacks, including assassination attempts against then-President Bill Clinton in 1994 or 1995 and an assassination plot against Pope John Paul II at about the same time, the statement said.