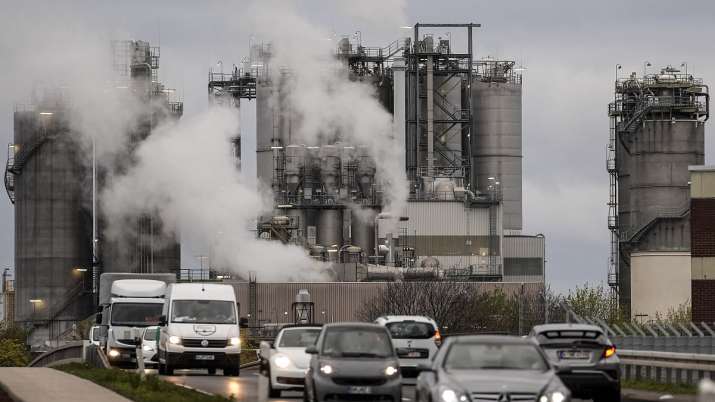 The European Union on Friday formally approved an embargo on Russian oil and other sanctions targeting major banks and broadcasters over Moscow’s war on Ukraine.

EU headquarters says Russian crude oil will be phased out over six months, and other refined petroleum products over eight months.

It says that “a temporary exception is foreseen” for landlocked countries – like Hungary, the Czech Republic and Slovakia – that “suffer from a specific dependence on Russian supplies and have no viable alternative options.”

Bulgaria and Croatia will also get “temporary derogations” for certain kinds of oil. EU leaders say the move means that around 90% of Russia’s oil exports to Europe will be blocked by year’s end. The EU imports around 25% of its oil from Russia.

Russia’s biggest bank, Sberbank, plus Credit Bank of Moscow, Russian Agriculture Bank and the Belarusian Bank for Development and Reconstruction have also been blocked from using the SWIFT system for international bank transfers.

Broadcasters Rossiya RTR/RTR Planeta, Rossiya 24 / Russia 24 and TV Centre International have been hit over allegations that they are being used by Moscow “to manipulate information and promote disinformation about the invasion of Ukraine.”

Also Read | Differences over Ukraine crisis will have no impact on India-Europe ties: German envoy