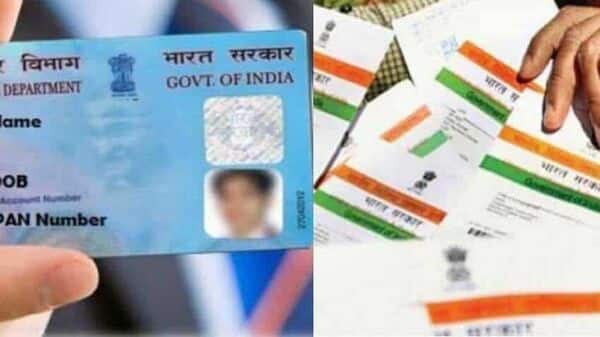 The Unique Identification Authority of India provides a feature where an individual can update the addresses in Aadhaar card online with the permission of the Head of the Family. This will eventually help the citizens to provide support in case of lack of their parents name, spouse name and more. Here is a guide on how to update the Head of the Family in an Aadhaar online:

STEP3. Now, enter the valid Aadhaar number for the Head of the Family.

STEP4. Upload the proof of relationship document after the Head of the Family’s Aadhaar number has been validated.

STEP5. You will be sent a service request number after a successful transaction of ₹50, and the Head of the Family will receive an alert through SMS of the request for the address.

STEP6. In case the request is approved by signing in to the My Aadhaar portal within 30 days of receiving the alert, the request will be processed.

Meanwhile, The Unique Identification Authority of India (UIDAI) has recently issued a guideline regarding children’s Aadhaar card which is called Baal Aadhaar. According to the latest guideline released by the authority, it is mandatory to update biometric information in Aadhaar data for children attaining the age of five and 15 years.

Recently, UIDAI tweeted and informed that it is mandatory to update the biometric details of children between 5-15 years and to do so, the procedure is free of cost. Moreover, the authority announced in another tweet that there has to be no change in the child’s Aadhaar number after updating the biometrics. Hence, the authority has informed the parents to visit the nearest Aadhaar enrollment centre to fill the form and update the biometric data of the children.

For those who do not know, UIDAI is the government authority which regulates the 12-digit Aaadhaar and issues Baal Aadhaar Card to children under five years of age. This card is required in order to avail access to various welfare schemes and benefits. Moreover, it is mandatory as a digital photo identity proof for children from birth.

Here’s the process to apply for Baal Aadhaar Card:

STEP3. Fill in the mandatory information like the child’s name, guardian’s phone number and other required biometric information related to the child and his/her parents.

STEP4. The next step is to fill up the demographics details including residential address, state and other details.

STEP5. Review all the details and press submit.

STEP7. Users will need supporting documents like Identity Proof, Address Proof2, Date of Birth and reference number. The Aadhaar executive will further complete the process and will provide an acknowledgment number to track the application process.

STEP8. Aadhaar card will be posted to the users’ registered address within 60 days.

To update the biometric of a child in Baal Aadhaar card, visit uidai.gov. And book an appointment to update your children’s Aadhaar card details.