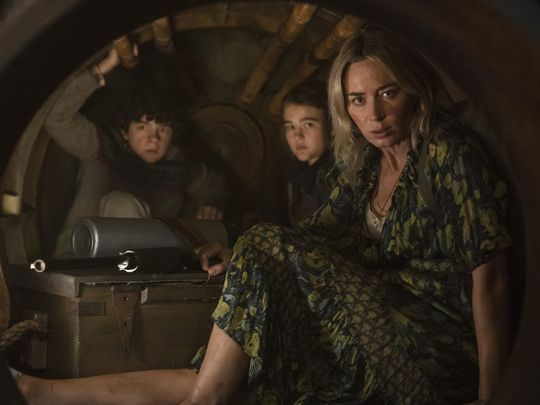 As fans of the recently released ‘A Quiet Place 2’ flock to cinemas for the hit thriller, there’s already news of more coming from the franchise.

A new film in the horror series is set for March 31, 2023, according to Variety, and will be directed by Jeff Nichols. The filmmaker is behind movies such as ‘Mud’, ‘Loving’ and ‘Midnight Special’.

The first two movies were helmed by John Krasinski, who also featured in the first movie that released to massive acclaim in 2018.

‘A Quiet Place 2’ has set the box office on fire around the world, and it’s likely to be a hit in the UAE as well when it releases on June 9.

According to Rotten Tomatoes’ journalist Erik Davis, the script for the new movie — which is more of a spin-off than a threequel — has already been handed in.

‘A Quiet Place 2’ follows the Abbott — minus the patriarch — as they struggle to survive in a post-apocalyptic world ridden with monsters who hunt using sound.

As of June 7, the movie had a global box office taking of $140.7 million. The film features returning a cast of Emily Blunt, Millicent Simmonds and Noah Jupe, and new entrants Cillian Murphy and Djimon Hounsou.