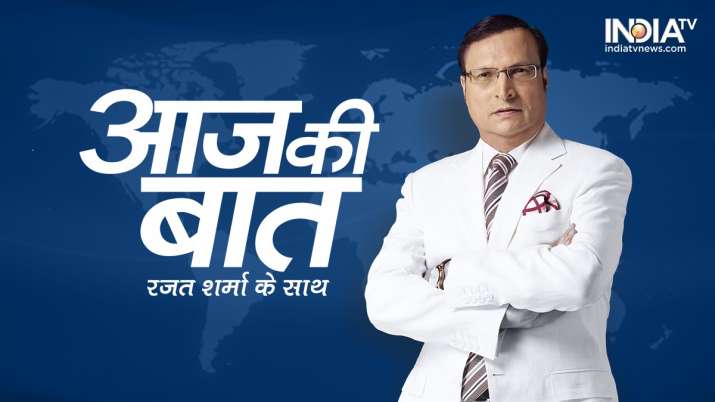 Hello and welcome to Aaj Ki Baat With Rajat Sharma, the only news show with real facts and no noise.

India’s Number One and the most followed Super Prime Time News Show ‘Aaj Ki Baat – Rajat Sharma Ke Saath was launched just before the 2014 General Elections. Since its inception, the show is redefining India’s super-prime time and is numerically far ahead of its contemporaries. Aaj Ki Baat is aired Monday to Friday, 9 PM.