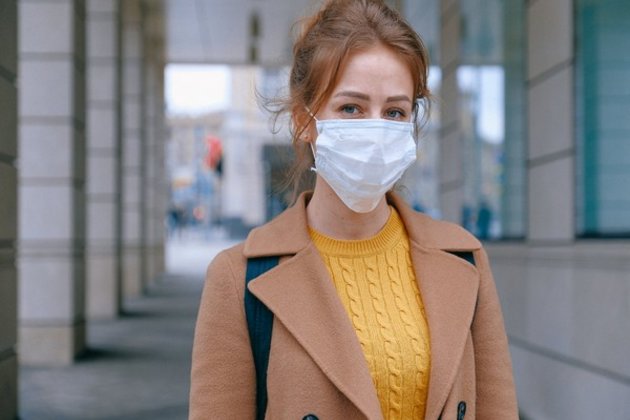 Zurich [Switzerland], December 21 (ANI): SARS-CoV-2, the influenza virus, and other viruses hitchhike from one person to another on aerosols. When an infected person coughs, sneezes, or simply exhales, these tiny liquid-filled particles are released into the air and can be swallowed by others.

The risk of infection can be decreased by lowering the concentration of aerosol particles in homes, workplaces, and public transportation vehicles, which is why it is generally considered vital to ventilate spaces adequately and filter indoor air.

How do suspended particles become acidic?It’s not clear how long viruses in aerosols remain infectious. Some studies suggest that the humidity and temperature of the air may play a role in virus persistence. A factor that has been underestimated so far is the exhaled aerosols’ chemical composition, in particular, their acidity and their interactions with the indoor air. Many viruses, such as the influenza A virus, are acid-sensitive; exhaled aerosol particles can absorb volatile acids and other airborne substances, among them acetic acid, nitric acid or ammonia, from the indoor air, which in turn affects the acidity (pH) levels of the particles.

No research had yet been conducted on the effect the acidification of aerosols post-exhalation has on the viral load they carry. Now a team of researchers from ETH Zurich, EPFL and the University of Zurich has investigated exactly that.

In a new study, they show for the first time how the pH of aerosol particles changes in seconds and hours after exhalation under different environmental conditions. Further, they show how this impacts the viruses contained in the particles. The study has just been published in the journal Environmental ScienceTechnology.

Exhaled small aerosol particles become acidic quicklyAccording to the researchers, the exhaled aerosols acidify very rapidly, faster than some might expect. How fast they do this depends on the concentration of acid molecules in the ambient air and the size of the aerosol particles. The team examined tiny droplets – a few micrometres across – of nasal mucus and of lung fluid synthesised specifically for the study. In typical indoor air, it took these droplets only about 100 seconds to reach a pH of 4, which is roughly equivalent to the acidity of orange juice.

The pH value is a measure of acidity: a neutral solution has a pH of 7; the pH of acidic solutions is less than 7; that of basic solutions is greater than 7.

The researchers contend that the acidification of aerosols is largely due to nitric acid that enters from the outside air. It enters indoor spaces either through open windows or when ventilation systems draw in air from outside. Nitric acid is formed by the chemical transformation of nitrogen oxides (NOx), which are released into the environment mainly as a product of combustion processes along with the exhaust gases of diesel engines and domestic furnaces. Accordingly, there is a permanent supply of nitrogen oxides and thus nitric acid in cities and metropolitan areas.

Nitric acid quickly adheres to surfaces, furniture, clothing and skin – but is taken up by the tiny exhaled aerosol particles as well. This increases their acidity and lowers their pH.

Aerosol pH is key to virus inactivationThe research team further shows that the acidic environment can have a decisive impact on how quickly viruses trapped in exhaled mucus particles are inactivated. The two kinds of the virus were found to have different acid sensitivities: SARS-CoV-2 is so acid-resistant that at first, the experts didn’t believe their measurements. It took a pH of below 2, i.e. very acidic conditions such as those in undiluted lemon juice, to inactivate the coronavirus. Such conditions cannot be reached in typical indoor air.

Influenza A viruses, on the other hand, are inactivated after just one minute in acidic conditions of pH 4. Freshly exhaled mucus particles reach this level in less than two minutes in typical indoor environments. Adding the time it takes to acidify the aerosol to the time it takes to inactivate the flu viruses at a pH 4 or lower, it quickly becomes clear that 99 per cent of influenza A viruses will be inactivated in the aerosol after roughly three minutes. This short time span surprised the researchers.

SARS-CoV-2 is a different story: since aerosol pH hardly ever falls below 3.5 in typical indoor spaces, it takes days for 99 per cent of coronaviruses to be inactivated.

The study shows that in well-ventilated rooms, the inactivation of influenza A viruses in aerosols works efficiently, and the threat of SARS-CoV-2 can also be reduced (see figure). In poorly ventilated rooms, however, the risk that aerosols contain active viruses is 100 times greater than in rooms with a strong supply of fresh air.

This leads the researchers to advise that indoor rooms be ventilated frequently and well so that the virus-laden indoor air and basic substances such as ammonia from emissions of people and indoor activities are carried outside, while acidic components of the outside air can enter the rooms in sufficient quantities.

Filtration removes acids from the airEven normal air conditioning systems with air filters can lead to a reduction in volatile acids. “Acid removal is likely even more pronounced in museums, libraries or hospitals with activated carbon filters. In such public buildings, the relative risk of influenza transmission can increase significantly compared to buildings supplied with unfiltered outside air,” the team writes in the article.

In response, the research team could imagine adding small amounts of volatile acids such as nitric acid to filtered air and removing basic substances such as ammonia in an attempt to accelerate the aerosols’ acidification. According to the study, a concentration of nitric acid at levels around 50 ppb (parts per billion of air, which is 1/40th of the 8-hour legal limit in the workplace) could reduce the risk of COVID-19 infection a thousandfold.

A long road to a healthier indoor climateHowever, the researchers are also aware that such a measure will be highly controversial, as it is not clear what consequences such levels of acid may have. Museums or libraries filter the air very thoroughly to prevent damage to works of art and books. Civil engineers would also be less than pleased since the addition of acids might damage materials or conduits. The researchers involved in the study, therefore, agree that long-term studies are needed to assess the risks to people and structures. Therefore, the use of volatile acids to efficiently inactivate viruses in aerosol particles may not be easily established as a virus control measure, while the removal of ammonia – a compound readily emitted by people and a substance that stabilizes viruses as it elevates pH – should not be controversial. (ANI)