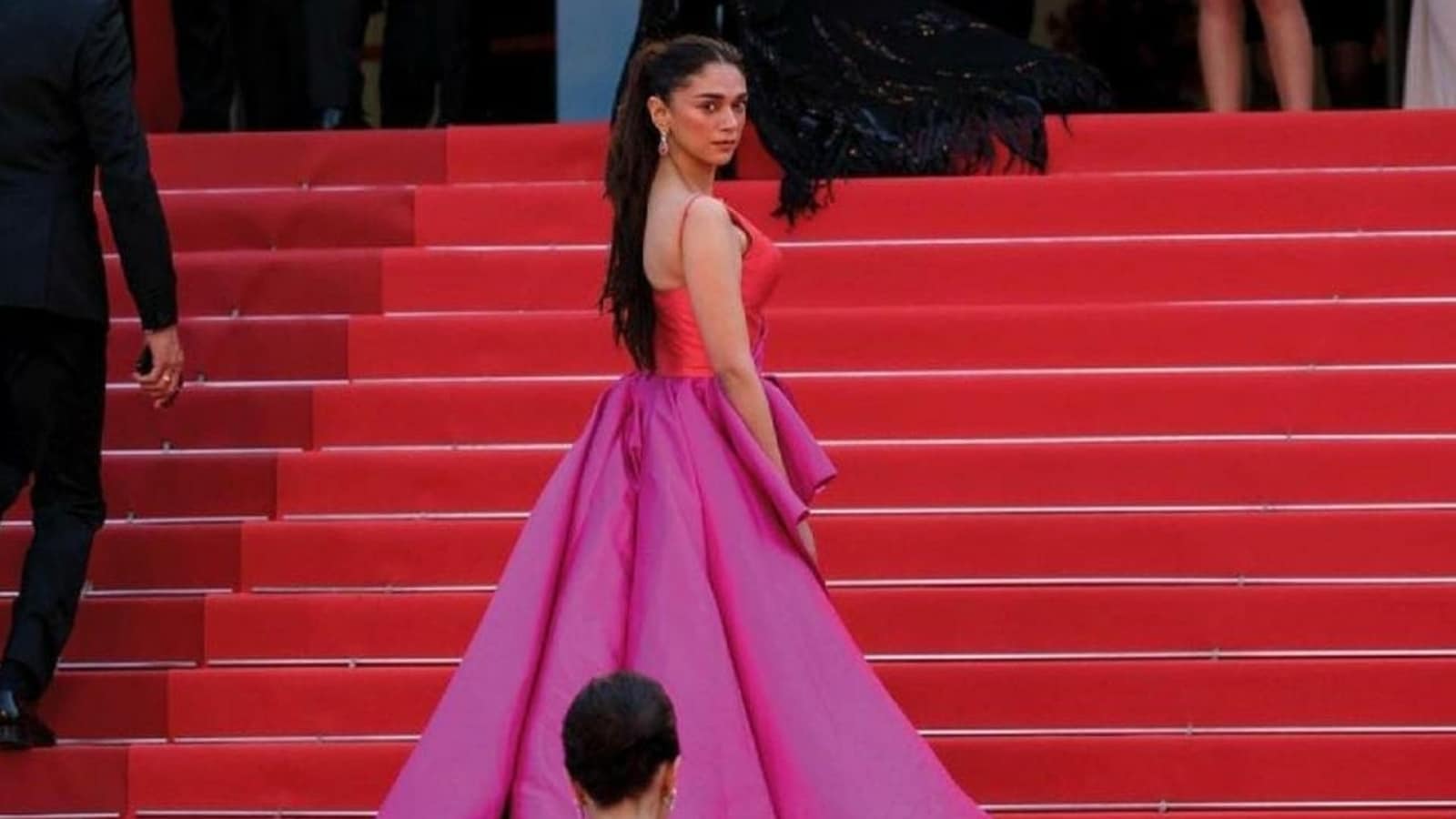 The actor opted for a hot pink and red sleeveless gown with a thigh-high slit and a long train for her red carpet appearance on Day 5 of the Cannes Film Festival. In an interview ahead of the event, Aditi said that she is a tiny person who feels comfortable in her body and how she presents herself, which inspires her to give her best to a look regardless of the negative feedback she might get for it.

She told Film Companion, “Sabya was chatting with me and I was like…You know I am a tiny person, now I cannot compete with like all the giraffes around me,” clarifying that she means giraffe in a good way. She added, “I am an actor and I am a tiny person and it’s fine. I am okay with it you know. So I have to be comfortable with who I am and how I present myself. Yeah so I am going to attempt it.”

Aditi was last seen in the Tamil film Hey Sinamika, which also starred Dulquer Salmaan and Kajal Aggarwal. She will be next seen in Gandhi Talks and Jubilee.