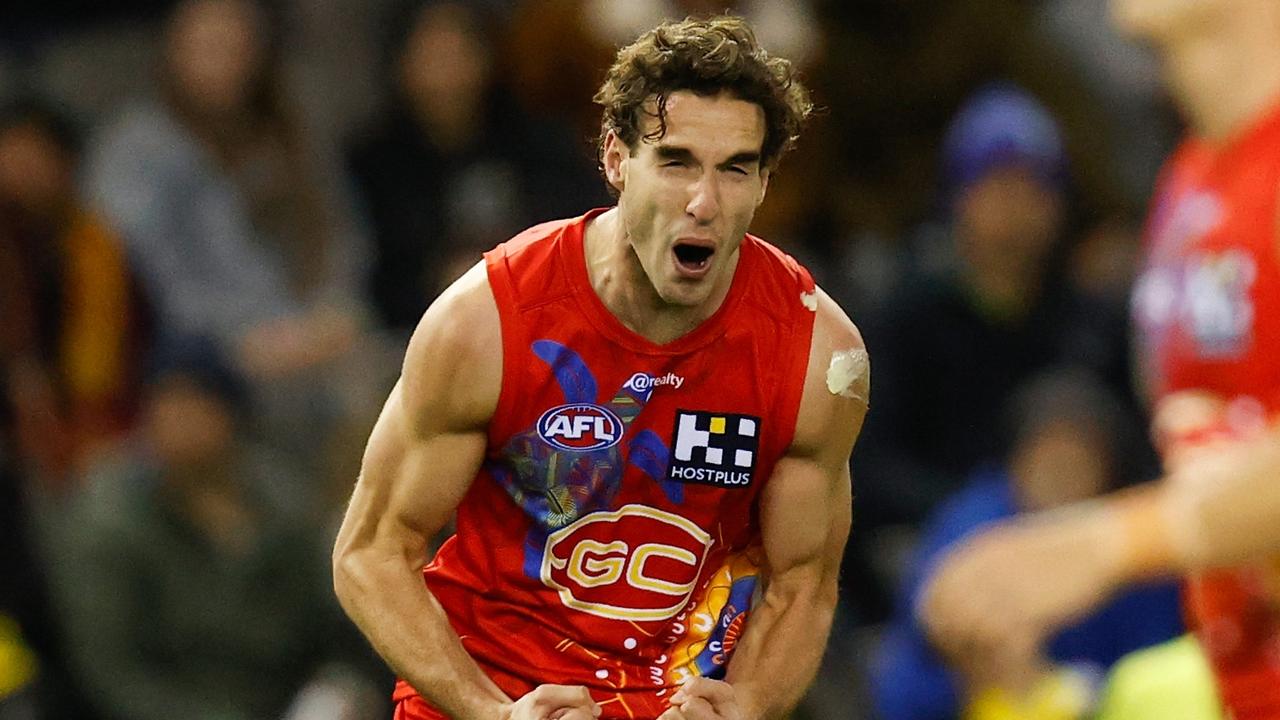 The Suns confirmed that the 21-year-old, who is out of contract at season’s end, left training early to undergo scans and find out his injury fate.

“Ben left the field with an injury and was assessed by club medical staff at the time,” Gold Coast general manager of football performance Wayne Campbell said.

“Ben will get scans this afternoon and we’ll wait on the results of those before taking any further action.”

Max didn’t make his AFL debut until the opening round of 2020, whereas Ben had already established himself in the Suns’ best side by that stage.

Ben King had his best season yet last year, kicking 47 goals from 22 games to only enhance his standing in the game.

The Saints have made no secret of their want to lure him to the club and partner him with Max but Gold Coast is equally desperate to keep him as their key forward of the present and future.

King’s agent, Robbie D’Orazio, of Connors Sports Management, has been critical of how openly opposition clubs, particularly St Kilda, have been about their pursuit of his 200cm-plus client.

“Disappointed is probably the wrong word,” he told AFL Trade Radio in October.

“I understand you guys (media) have got a job to do and it’s my job to manage players and direct them in what I think is best for them.

“I wasn’t disappointed; I’d just like to say that I think the commentary around Ben has been disrespectful from the start.

“If you go back three years ago on draft night; a footy club actually tweeted, ‘Looking forward to seeing you in two years’. I haven’t had that in my time, and I’ve done this for over a decade now.

“I think from the top, no-one gave Gold Coast or Ben King an opportunity to cement himself from the outset.

“I just think if you’re commenting on other players at such a young age while they’re establishing their careers – I might be wrong – but I don’t think that’s respectful for the player and the club that’s picked him.”