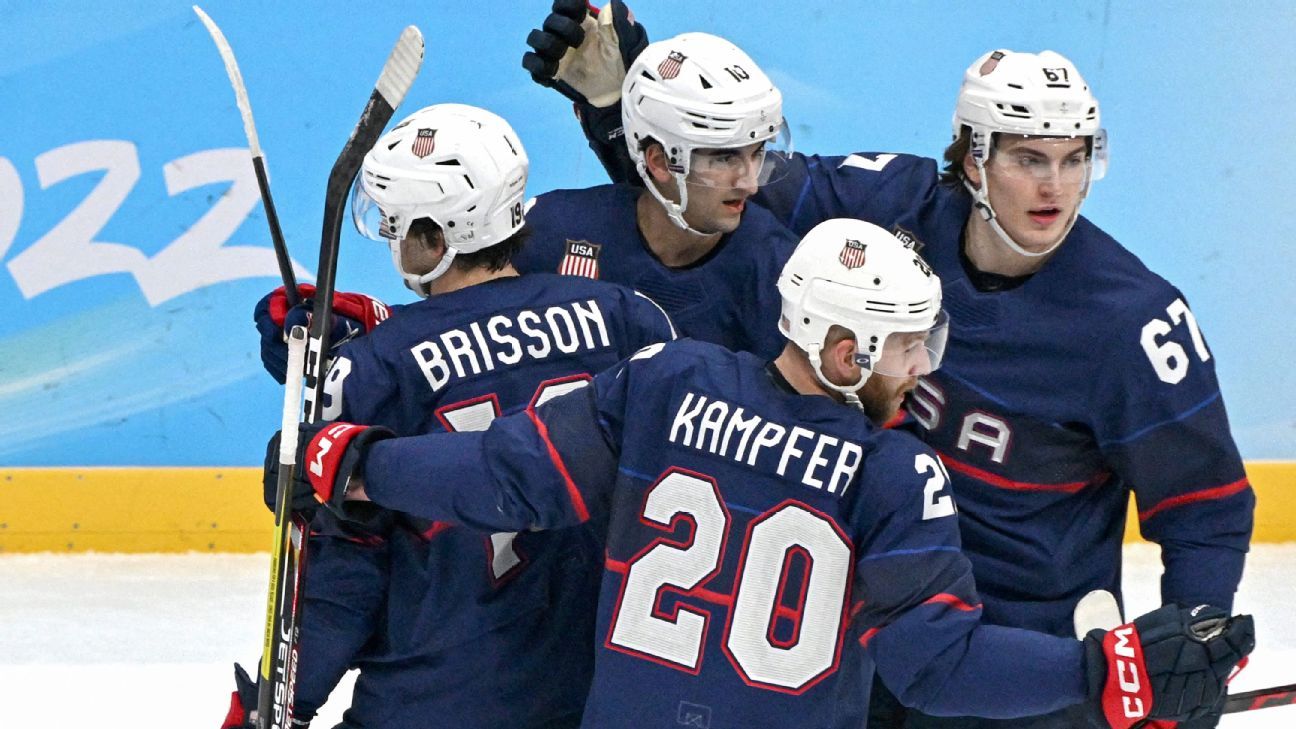 Team USA opened the Beijing Olympics men’s ice hockey tournament with an 8-0 win over China on Thursday, turning a close game into a blowout thanks to impressive offensive skill from their collection of young players.

Forward Sean Farrell had a five-point game, scoring a hat trick and adding two assists. The Harvard University player, who also played for the USHL Chicago Steel, was a fourth-round draft pick by the Montreal Canadiens in 2020.

“It’s awesome to get our first game under our belts. We’ve been working really hard in practice and coming together as a group off the ice,” said Farrell. “We don’t really know what we’ve got until we step on the ice for the first game. It was a great start for us.”

Forward Ben Meyers had three points (goal and two assists). Goalie Drew Commesso made 29 saves for the shutout. The 19-year-old, who was drafted by the Blackhawks in 2020, is the youngest goalie to ever start for the U.S. men in the Olympics.

For one period, the game was surprisingly competitive. Team USA has a roster made up primarily of NCAA players. China ported over the roster of Kunlun Red Star of Russia’s Kontinental Hockey League as its national team. In the first period, experience ruled over skill, as China earned attacking zone time against the Americans, who outshot them 16-11.

Goalie Jeremy Smith was strong for China, but he couldn’t stop a quick shot from forward Brendan Brisson on a U.S. power play that gave them a 1-0 lead they would carry into intermission. Brisson, 20, was a 2020 first-round draft pick from the Vegas Golden Knights.

But the Americans pulled away in the second period, as their talent advantage became glaring.

“Obviously, the NHLers can’t come. The opportunity for some young guys to come and make the most of this is really special,” said forward Noah Cates, who plays for Minnesota Duluth.

It was 2-0 when a pair of NCAA players connected at 5:32 into the second period. Farrell sent a spin-o-rama pass to Cates, who quickly shot it through Smith.

“Great work for those guys down low, and I was lucky enough to finish,” said Cates.

The turning point in the game came 10:41 into the second period. China earned a power play that lasted only four seconds, as Shuai Fu went off for high-sticking. Forward Brian O’Neill, the only returning Olympian from Team USA’s 2018 Olympic squad, converted a pass from Andy Miele 28 seconds into 4-on-4 play for the 3-0 advantage.

Ferrell scored his first goal with 1:53 before the end of the period, snapping a perfect shot over Smith on an odd-man rush for the 4-0 lead. The U.S. outshot China 16-6 in the period.

The flood gates opened in the third period, as the Americans dominated play and received goals from Farrell (1:06), Ben Meyers (10:19) and Matty Bernier (12:00), who was the second overall pick in the 2021 NHL Draft by the expansion Seattle Kraken.

Farrell completed his hat trick with 1:33 left in the game. It was only the 10th Olympic hat trick in Team USA history, the first since Arizona Coyotes forward Phil Kessel had one against Slovenia in 2014.

What was briefly a close game ended with the Americans holding a 55-29 shot advantage.

The U.S. (1-0) faces rival Canada on Saturday, while China (0-1) plays Germany in the Group A preliminaries.