After failing to impress the audience with her last release, ‘Dhaakad’, Kangana Ranaut has now started prepping up for her next film titled, ‘Emergency’. The film will mark the actress’ second directorial after ‘Manikarnika: The Queen of Jhansi’.

Taking to her Instagram stories, Kangana shared a few pictures from Delhi where she is currently on a recce with her team.

Check out the photos here: 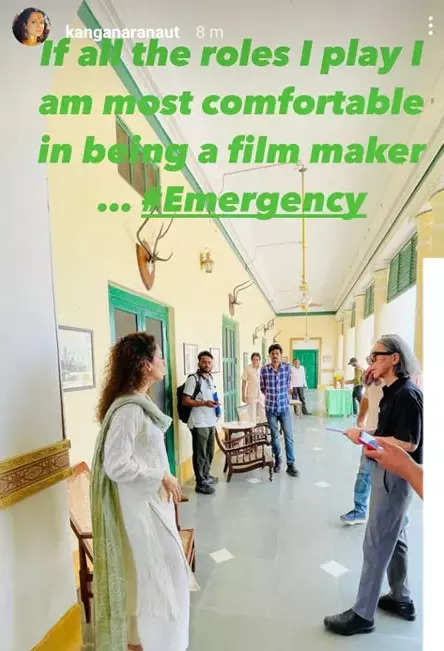 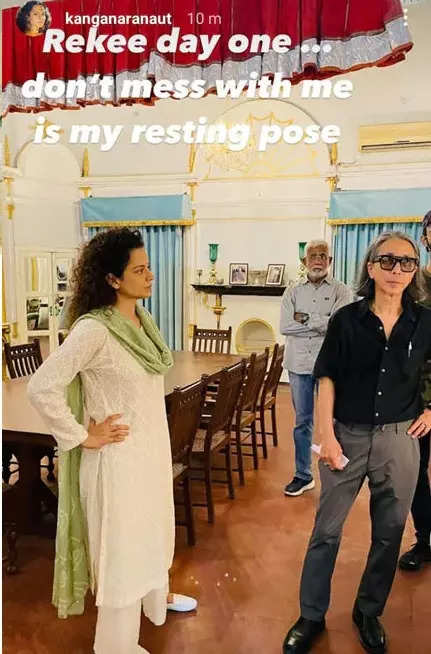 In one of the photos, she wrote, ‘Rekee day one… don’t mess with me is my resting pose.’ In another one, she added, ‘Of all the roles I play I am most comfortable in being a film maker. #Emergency.’ Dressed in a white salwar kurta and green dupatta, the actress looked fresh as a daisy.

Kangana had announced the project last year on another micro-blogging app. She wrote, ‘Pleased to wear director’s hat again, after working on Emergency for more than a year I finally figured no one can direct it better than me.

Collaborating with fabulous writer Ritesh Shah, even if it means sacrificing on various acting assignments I am determined to do it, my excitement is high. This is going to be a tremendous journey, my leap to another league #Emergency #Indira.’

Apart from this, Kangana also has ‘Tejas’ in her kitty where she will essay the role of an Air Force pilot. The actress has also been roped in for ‘Sita: The Incarnation’.