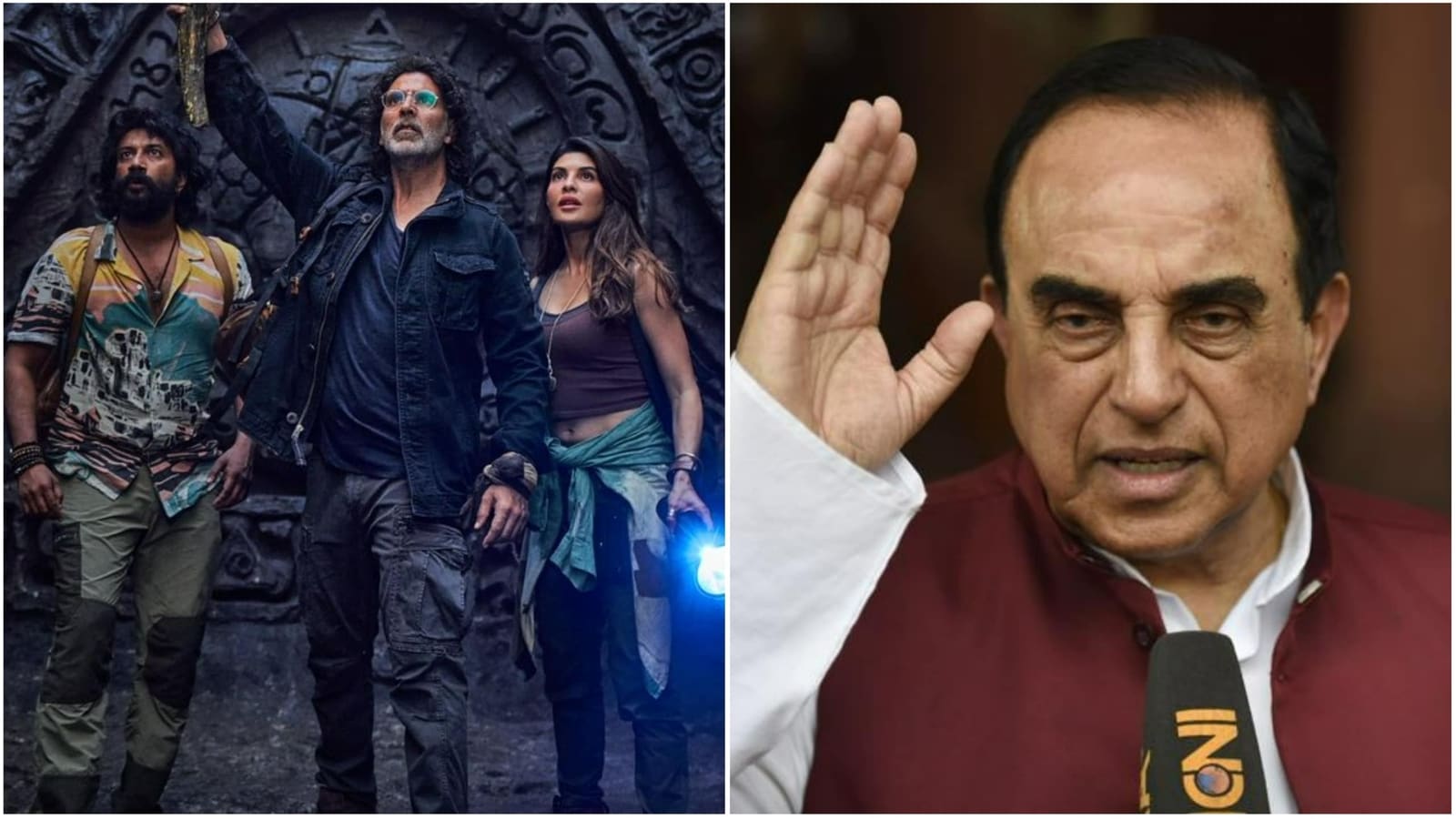 The team of the upcoming film Ram Setu, including actors Akshay Kumar, Jacqueline Fernandez, and Nushrratt Bharuccha, have received legal notices for ‘distorting’ facts in the drama. BJP leader and former Rajya Sabha MP, Subramanian Swamy said he has sent notices to Akshay and eight others to teach them ‘intellectual property rights.’ Also Read| Subramanian Swamy says Akshay Kumar can be ‘arrested and evicted’ from India

Subramanian Swamy sent the legal notice on Sunday and accused Hindi cinema of being in a habit to misrepresent facts as he spoke about it on Twitter. The politician tweeted, “Mumbai cinema [or is it sin-e-ma] wallas have a bad habit of falsifying and misappropriation. Hence to teach them Intellectual Property Rights, I have through Satya Sabharwal Adv issued Legal Notice to Cine Actor Akshay Kumar(Bhatia) and 8 others for distorting Ram Setu saga.”

As per a report in ANI, advocate Satya Sabarwal said in his legal notice, “My client in 2007, has successfully argued before the Supreme Court for the preservation and protection of the Rama Setu and had opposed the Sethusamudram Ship Channel Project of the Government of India which envisaged rupturing the Rama Setu [held to be sacred by Hindus], on August 31, 2007, the Supreme Court was pleased to pass stay Order against any plan to demolish or damage the Rama Setu. This was on the grounds that faith and worship is a constitutional imperative.”

The notice further read, “It has come to my Client’s knowledge that, a Movie namely Ram Setu has been filmed and is set to be released on August 24. That Court proceedings are an integral part of saving the Ram Setu being demolished by previous Governments and if the same is being picturized in the Addressee’s film, then my Client has contributed in the film vide the Court proceedings initiated and my Client is bound to be recognized for the same with correct picturization of original facts and the Original Petitioner’s name used anywhere in the film.”

The petition also demanded that script/frames related to Ram Setu are shared with Subramanian Swamy to prevent any falsification or wrong picturisation of facts in the future. To amicably solve the issue, it demanded credit to the BJP leader for his contribution to the Ram Setu case in the opening credits of the film. The petition also said that Subramanian should be given the final script and invited to watch the film before it is released to the public.

The film Ram Setu is an action-adventure drama that follows an archaeologist investigating whether Ram Setu is a myth or reality. It is directed by Abhishek Sharma and co-produced by Akshay’s company Cape of Good Films along with Amazon Prime Video, Abundantia Entertainment, and Lyca Productions. It stars Akshay, Jacqueline, Nushrratt, and Satya Dev in pivotal roles and is expected to release in theatres on October 24 this year.