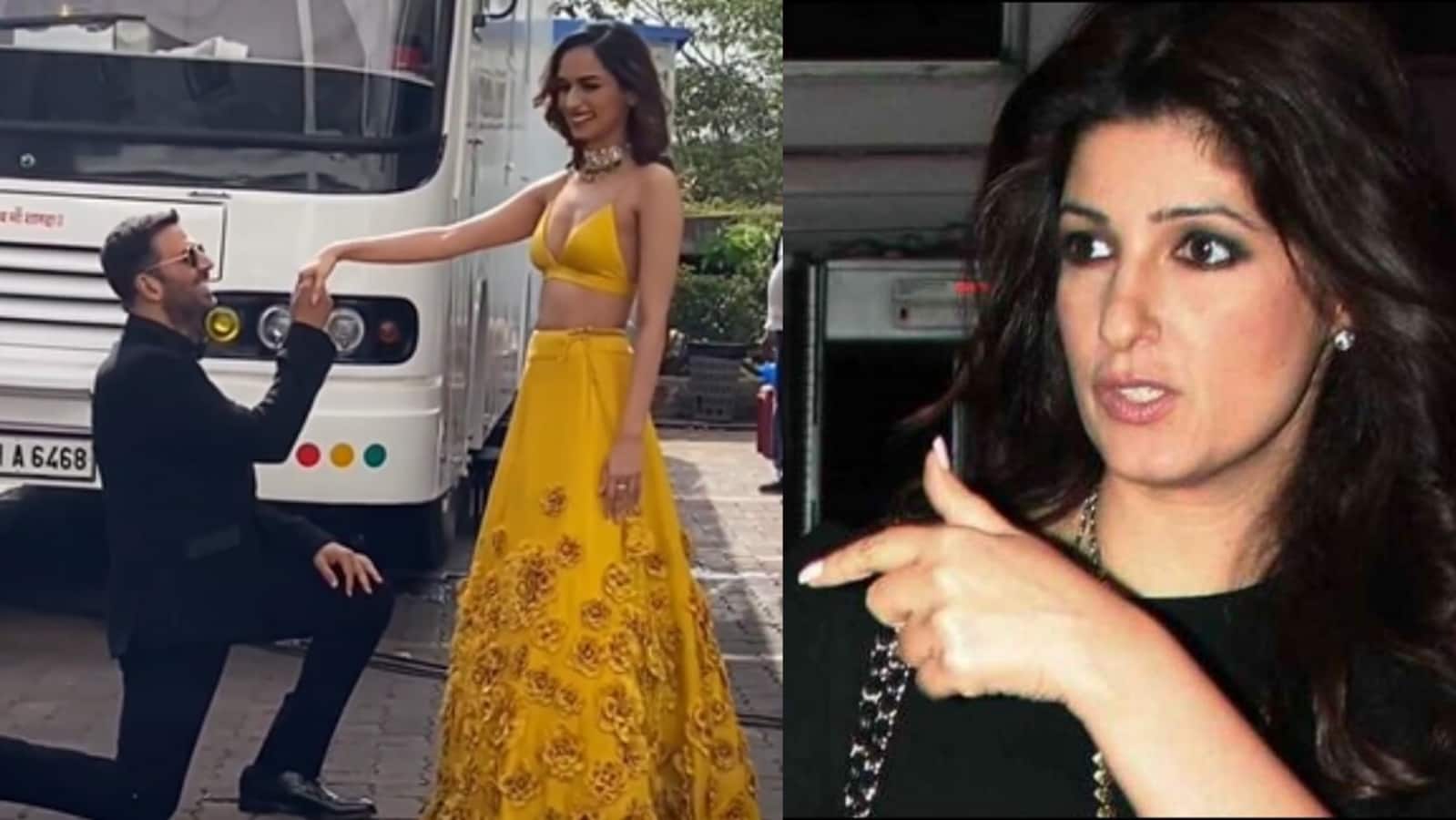 Akshay Kumar and Manushi Chillar will be seen in Prithviraj. The film is set to release on June 3 in Hindi, Tamil and Telugu.

Actors Akshay Kumar and Manushi Chillar are currently promoting their upcoming film Prithviraj. In a new video shared by a paparazzo account, Akshay is seen going on his knees as he held Manushi’s hand. Fans reacted to the video and joked about Akshay’s wife Twinkle Khanna’s reaction to his action. Also Read: Kapil Sharma trolls Akshay Kumar for romancing Madhuri Dixit in 90s, Manushi Chillar and Kriti Sanon now

In the video shared by the paparazzo’s account, Manushi is seen wearing a yellow lehenga and Akshay is seen opting for an all-black look. A smiling Akshay later goes on his knees holding Manushi’s hand. He later gets up and both of them pose for the paparazzi.

One fan commented, “I wonder what Twinkle Khanna will do after watching this video.” Another one said, “Can’t wait for Twinkle to upload a funny video about this.” One person asked, “Where is Twinkle Khanna?” While one adored Manushi saying “Omg! this lehenga is so pretty.” A person also noticed Manushi’s expression and said, “She doesn’t look happy with it.”

Helmed by Chandraprakash Dwivedi, Prithviraj revolves around legendary warrior king Prithviraj Chauhan. Akshay Kumar will be seen playing the titular role. The film is set to release on June 3 in Hindi, Tamil and Telugu.

Earlier the team of the film revealed that they had to create over 50,000 costumes and also used 500 different types of turbans during the shoot.

During the trailer launch event of the film, Akshay said he learnt about the life and times of Prithviraj through the book Prithviraj Raso and realised how little people know about the ruler. He said, “I was given a book to read, ‘Prithviraj Raso’ by Dr saab (Chandraprakash). I read the book slowly and realised how big a warrior he was. But when we read about him in history, he was reduced to just a paragraph.”