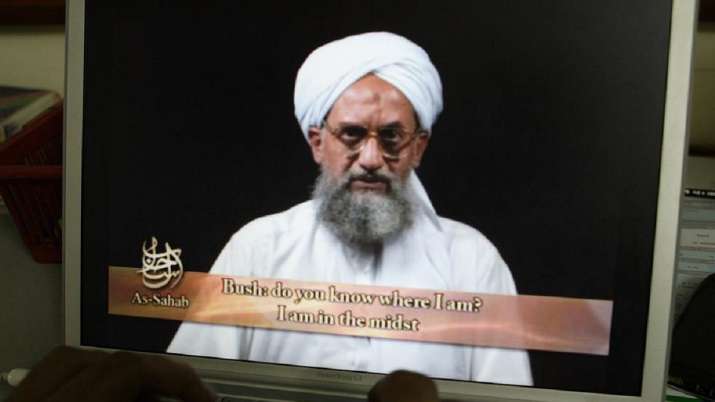 Al-Qaeda leader killed: Al-Qaeda leader Ayman al-Zawahiri has been killed in a US air strike that took place in Afghanistan’s Kabul. US President expressed hope that his killing of brings “one more measure of closure” to families of victims of the 9/11 attacks in the United States, and said “justice has been delivered”. Biden said US intelligence officials tracked al-Zawahri to a home in downtown Kabul where he was hiding out with his family. The president approved the operation last week and it was carried out on Sunday.

“Al Qaeda leader Ayman al-Zawahiri has been killed in an air strike in Kabul. Justice has been delivered. No matter how long it takes, no matter where you hide, if you are a threat to our people, the US will find you and take you out,” Biden said hailing the operation.

“He will never again, never again, allow Afghanistan to become a terrorist safe haven because he is gone and we’re going to make sure that nothing else happens,” Biden said in an address from the White House formally announcing the operation.

The strike was carried out by the Central Intelligence Agency, according to five people familiar with the matter who spoke on the condition of anonymity. Neither Biden nor the White House detailed the CIA’s involvement in the strike.

Biden, however, paid tribute to the U.S. intelligence community in his remarks, noting that “thanks to their extraordinary persistence and skill” the operation was a “success.”

Al-Zawahri’s loss eliminates the figure who more than anyone shaped al-Qaida, first as bin Laden’s deputy since 1998, then as his successor. Together, he and bin Laden turned the jihadi movement’s guns to target the United States, carrying out the deadliest attack ever on American soil — the Sept. 11 suicide hijackings.

Over the 20-year war in Afghanistan, the U.S. targeted and splintered al-Qaida, sending leaders into hiding. But America’s exit from Afghanistan last September gave the extremist group the opportunity to rebuild. U.S. military officials, including Gen. Mark Milley, chairman of the Joint Chiefs of Staff, have said al-Qaida was trying to reconstitute in Afghanistan, where it faced limited threats from the now-ruling Taliban. Military leaders have warned that the group still aspired to attack the U.S.

How was he related to 2001 twin tower attacks?

The 2001 attacks on the World Trade Center and Pentagon made bin Laden America’s Enemy No. 1. But he likely could never have carried it out without his deputy. Bin Laden provided al-Qaida with charisma and money, but al-Zawahri brought tactics and organizational skills needed to forge militants into a network of cells in countries around the world. U.S. intelligence officials have been aware for years of a network helping al-Zawahri dodge U.S. intelligence officials hunting for him, but didn’t have a bead on his possible location until recent months.