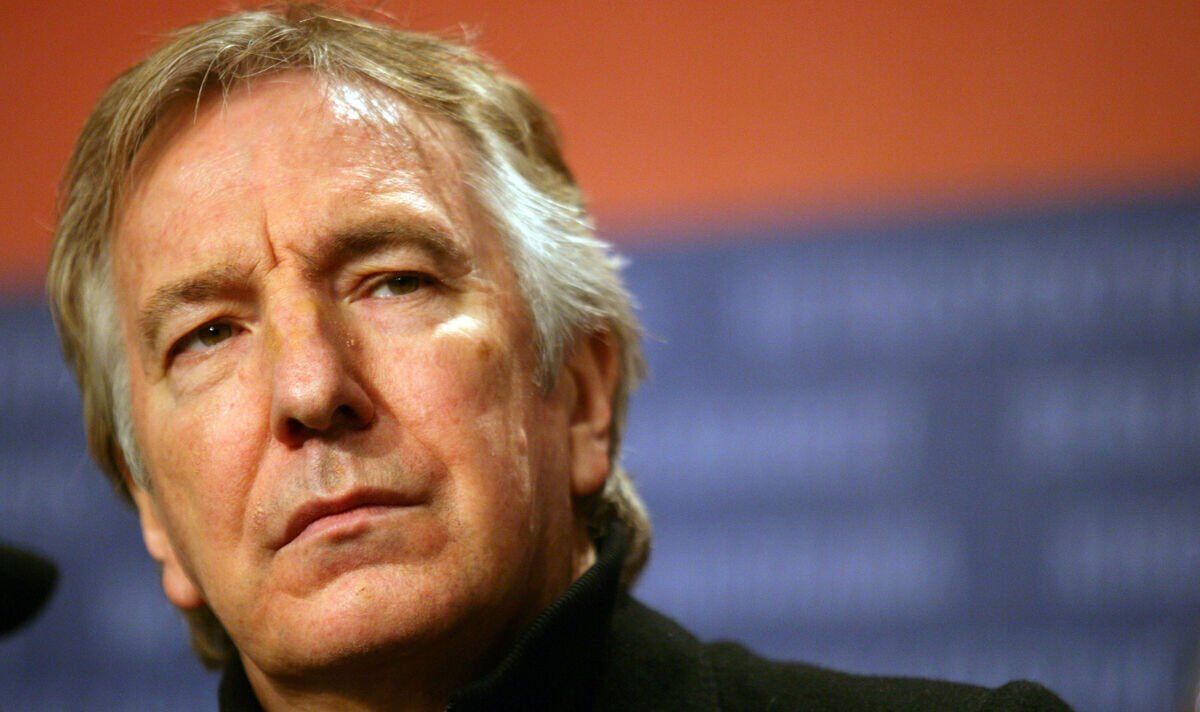 Later this week, on January 14, 2023, it will be the seventh anniversary of Alan Rickman’s death. The British actor died of pancreatic cancer in 2016 aged 69. He was perhaps best known for playing Professor Severus Snape in the Harry Potter series, but his first film role was opposite Bruce Willis in Die Hard as the villain Hans Gruber. Upon first reading the film’s script, however, he furiously turned the role down.

Rickman spent years working as a stage actor in theatres, but when he made the move to the big screen, he wasn’t sure which direction he wanted to take his career.

When his agent first handed him the script to Die Hard, he was astonished by its simplicity.

He raged: “What the hell is this? I’m not doing an action movie!”

Eventually, after thinking about Die Hard some more, and speaking with his agent, he came around to the idea. Ultimately, it came down to how groundbreaking Die Hard’s script was at the time.

“Every single Black character in that film is positive and highly intelligent,” he reminisced about the progressive 1988 movie. “So, 28 years ago, that’s quite revolutionary. And quietly so.”

Rickman did have a lot of changes he wanted to make to his character, Hans Gruber, however. He noted that Hans should have looked completely different to his henchman. Instead of wearing overalls, he should wear a suit to make him stand out.

He also wanted to include a scene where Bruce Willis’ character John McClane found Hans pretending to be a hostage.

Rickman wrote all these changes and alterations down before leaving the handwritten note on the desk of producer Joel Silver. But when he found the letter, Silver was furious.

Rickman recalled: “I got Joel saying: ‘Get the hell out of here, you’ll wear what you’re told!'”

The star took the yelling on the chin and returned to work the next day. Much to his surprise, he found a lot of things had changed.

“When I came back,” he remembered. “I was handed a new script. It showed that it pays to have a little bit of theatre training.”

After working on theatre stages for years, Rickman felt as if he was invincible on the big screen.

“I like feeling a bit unsafe,” he explained. “And theatre, of course, is deadly. The good thing about starting late in this career is you go: ‘Well, what’s the worst that could happen?'”

Rickman’s suggestions, of course, ended up being some of the most memorable parts of Die Hard.

The film went on to earn a staggering $141 million at the box office – not bad considering it had a meagre $25 million budget.