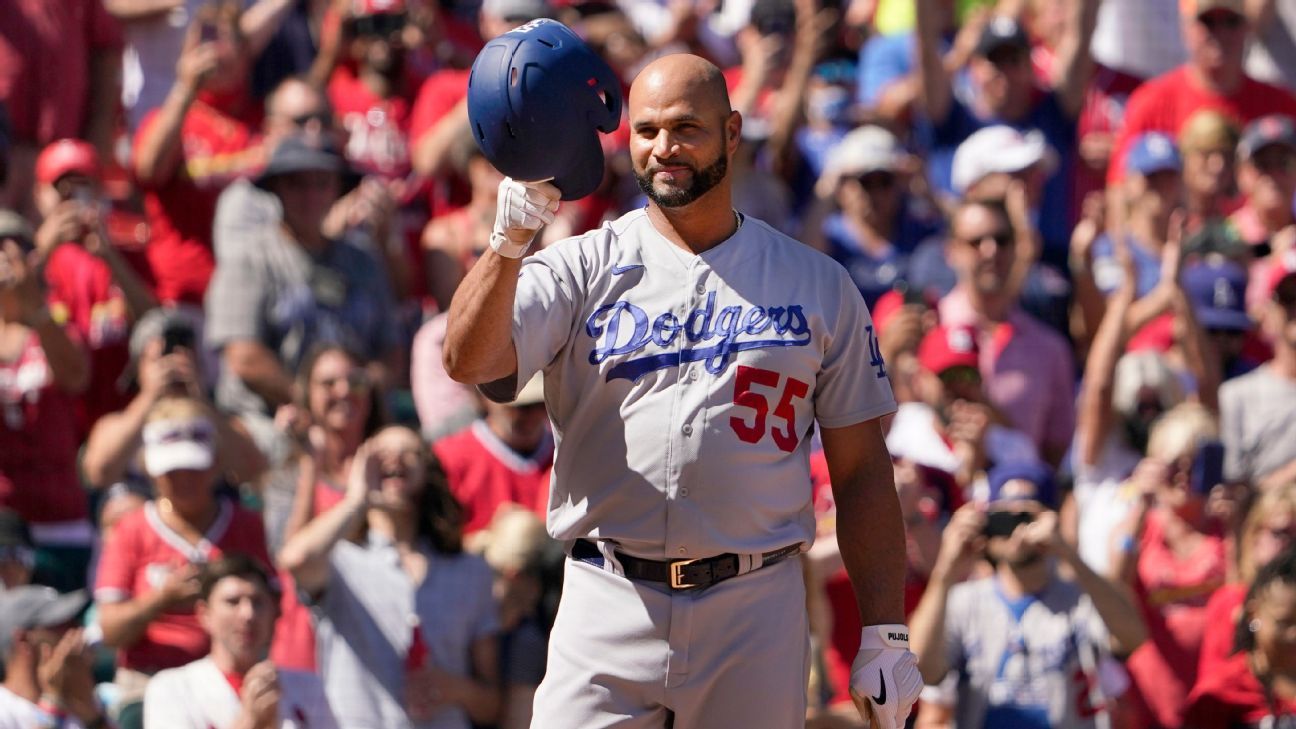 The deal is pending a physical.

Pujols, 42, played his first 11 seasons in the majors with the Cardinals, leading them to two World Series titles in 2006 and 2011.

He departed for the Los Angeles Angels in 2012, signing a 10-year deal that ended last year. The Angels released Pujols last season and he finished the year with the Los Angeles Dodgers.

Pujols is fifth in major league history with 679 homers and 11th in hits with 3,301. A three-time National League MVP and 10-time All-Star, Pujols has a .297 career average and .919 OPS. He was the oldest active player in the major leagues last season.

The deal was first reported by the St. Louis Post-Dispatch and The Athletic.