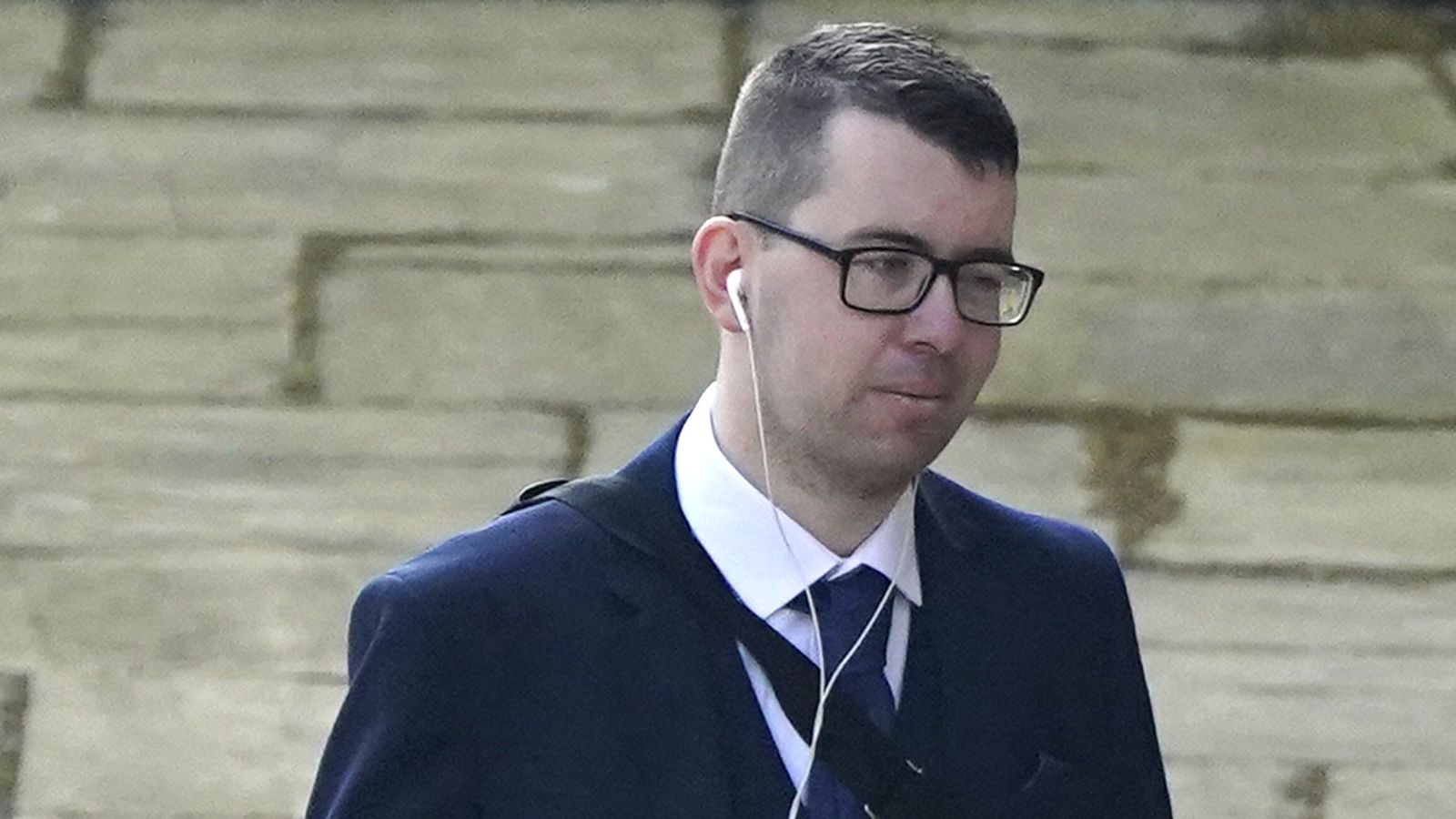 The founder of a notorious neo-Nazi group that infiltrated the police and army has been sentenced at the Old Bailey to eight-and-a-half years in prison.

Former philosophy student Alex Davies was found guilty of terrorism offences on 17 May.

He was described by the prosecution as the “extremist’s extremist” who had a unique place in history as an individual who founded two different far-right groups that were banned under terrorism legislation.

He is the last of the 25 members of the neo-Nazi group National Action to be jailed after he was convicted of keeping the organisation running following a ban for encouraging the killing of MPs.

Prosecutors described him as an “innocuous-looking, educated and intelligent” student at Warwick University when he founded the group, aimed at recruiting students and young people to the neo-Nazi cause.

As well as an eight-and-a-half-year sentence, Judge Mark Dennis QC also ordered Davies to spend a further year on an extended licence.

Handing down the sentence, the judge said that the defendant “played an active and prominent role in concert with his trust associates in trying to disguise the continued existence of the organisation in defiance of the ban”.

Addressing the defendant in the dock, he added: “You are an intelligent and educated young man but you have held, over a period of many years, warped and shocking prejudices.”

As a teenager, Davies had twice been referred to the government’s Prevent de-radicalisation scheme by his school, once when he was 15 and again when he was 19.

Davies founded National Action in 2013, while at university.

The group was said to have paramilitary aspirations with an emphasis on boxing, martial arts and knife fighting.

National Action described itself as a “white jihadist” group and a “throwback to the 1930s, dedicated to all-out race war”, Barnaby Jameson QC, prosecuting, said during the trial.

“It advocated the same Nazi aims and ideals – the ethnic cleansing of anyone who did not fit the Aryan Nazi mould: Jews, Muslims, people of colour, people of Asian descent, people of gay orientation, and anyone remotely liberal,” Mr Jameson said.

When Davies was grooming a potential recruit in April 2017, he wrote: “The way I see it, our people need to be able to ‘swim’ among the general population without trouble.

“We need to be inside the institutions so that we can be in a position to influence things, and obviously you won’t last long if you’re too blatant about being a Nazi. It’s what Adolf did.

“We need to be smart but ready to use well-directed boots and fists, if needs be. No pacifist movement is going to go anywhere.”

The court was told that the group targeted female MPs who were seen to be in favour of immigration and they openly celebrated the death of Jo Cox in June 2016.

Members included Jack Renshaw, who was jailed for plotting to kill MP Rosie Cooper with a sword, Mikko Vehvilainen, a serving soldier who was stockpiling weapons and Ben Hannam, who joined the Metropolitan Police.

Jack Coulson constructed a pipe bomb and posted an image on social media of the Bradford skyline, threatening to eradicate Muslims from the town.

Among other recruits was Alice Cutter, who entered a “Miss Hitler” beauty pageant, calling herself the Buchenwald Princess.