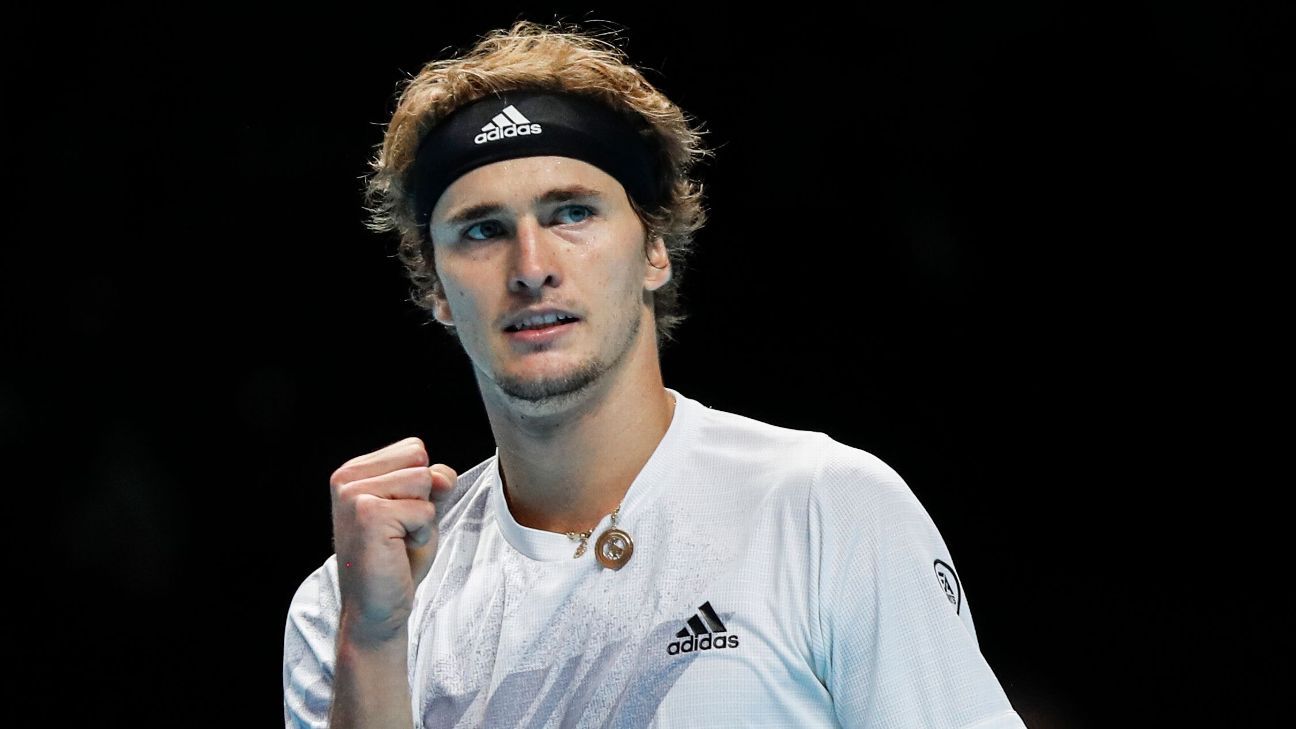 LONDON — Alexander Zverev kept his tournament hopes alive with a 6-3, 4-6, 6-3 victory over Diego Schwartzman on Wednesday at the season-ending ATP Finals.

With Zverev’s victory, Daniil Medvedev can advance to the semifinals if he beats top-ranked Novak Djokovic later Wednesday in the empty O2 Arena. Djokovic also can advance with a match to spare but must win in straight sets.

Zverev, coming off what he had described as one of his worst matches of the season in his opening loss to Medvedev on Monday, led 3-1 in the second set before his Argentine opponent battled back with two breaks.

A visibly frustrated Zverev fired a ball into the empty stands after losing the second set.

The 23-year-old German recovered and broke Schwartzman twice in the third set. Schwartzman, who struggled with unforced errors, sent a forehand into the net to end the match.

The 2018 champion must now beat Djokovic on Friday to advance. It will be a rematch of the final from two years ago when Zverev won in straight sets.

“I’m happy to give myself a chance to go to the semifinals,” he said on the court. “I need to win every match, otherwise I’m out, so I’ve got to go in with that mindset. I went to that mindset today, and I did my job.”

Schwartzman broke early in the first set, but like in Monday’s loss to Djokovic he immediately gave it back. Zverev broke again for a 4-2 lead thanks to Schwartzman’s unforced errors.

On Thursday, Rafael Nadal will play Stefanos Tsitsipas with a semifinal place at stake.

Nadal has lost to Tsitsipas just once in six meetings — at the 2019 Madrid Open. He beat Tsitsipas here last year in the round-robin before the 22-year-old Greek went on to win the title.

“Gonna be another tough one,” Nadal said Tuesday, looking ahead to the Tsitsipas match after losing to Dominic Thiem. “I think playing like this, I am confident that I can have my chances in the tournament.”

“Play rallies, apply pressure, serve well,” he said. “It’s part of the game that I want to play against Rafa. I have to start strong and finish even stronger.”

Also Thursday, Thiem, who has already qualified for the semifinals, faces Rublev. The Russian is 0-2 and can’t advance.

“Doesn’t matter even if I’m already out,” he said postmatch Tuesday, “still I have to play my maximum, because in the end it’s [the] best players and I need to perform my best.”