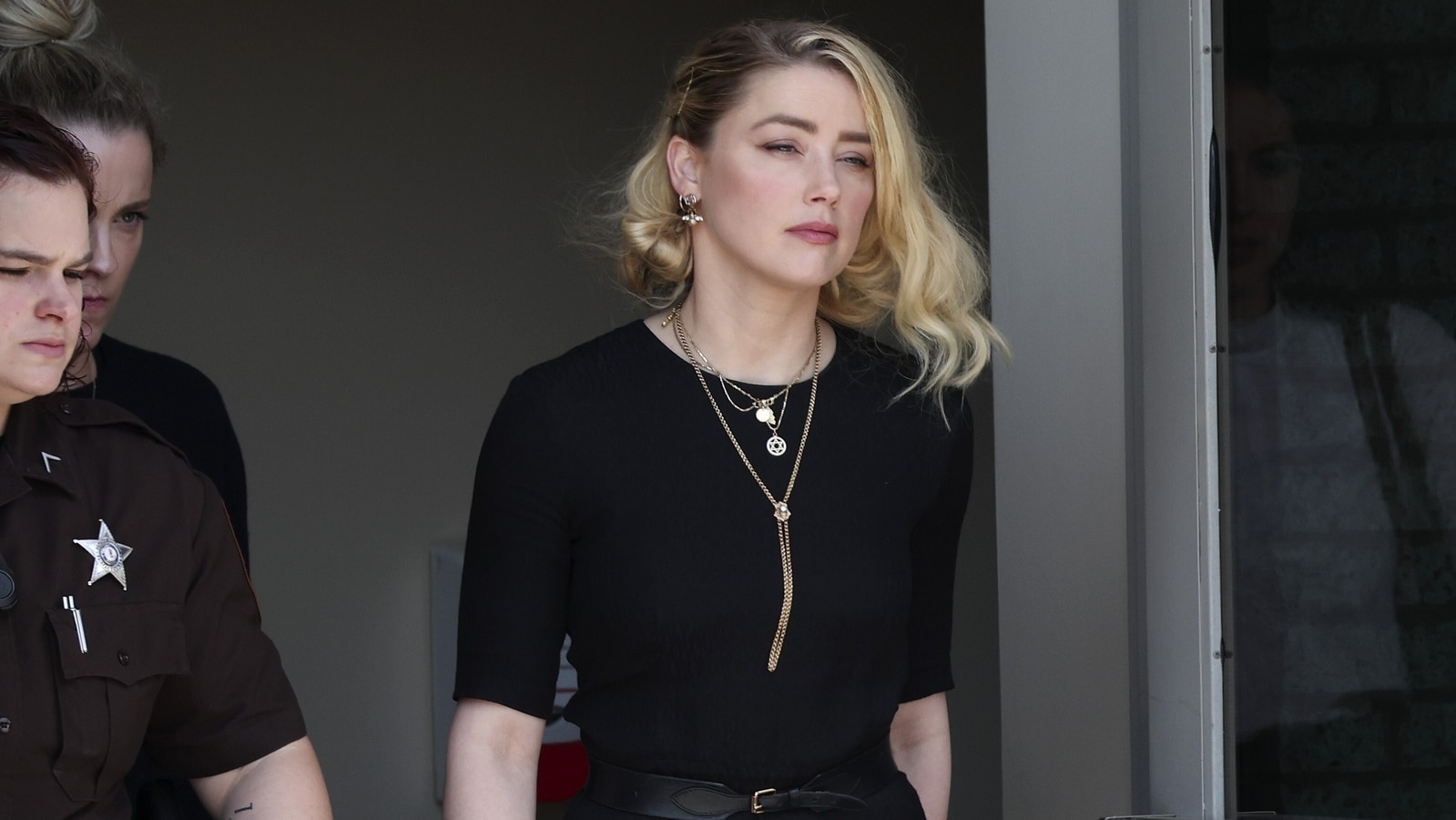 Actor Amber Heard was spotted by the paparazzi for the first time since the jury announced their verdict in her trial against ex-husband Johnny Depp.

Actor Amber Heard was spotted for the first time since the verdict was announced in her defamation trial against her ex-husband, actor Johnny Depp. She was clicked by the paparazzi at an airfield in Washington DC on Friday. She stepped out of a private airplane and moved to a luxury SUV. (Also read: Johnny Depp might not make Amber Heard pay $10.35 million, his lawyer hints: ‘This was never about money for him’)

Amber was flanked by four other people, as per a report on TMZ. She wore a green shirt, black pants and styled her blonde hair in waves. She also carried a jacket over her arm. She was in New York for some meetings and caught a flight from New Jersey to DC, and they went to Virginia.

The jury ruled earlier this month that Amber did defame Johnny with her op-ed piece published in the Washington Post. In the trial, Johnny won more than $10 million in damages after a jury in Virginia ruled Amber defamed him when she claimed she was a survivor of sexual violence in her write-up.

Amber, who was awarded $2 million after the jury also determined she was defamed, will appeal the ruling, her attorney has said. Her attorney also said after the trial that she ‘absolutely cannot’ pay the $10 million that she owes to Johnny now. Therefore, her private jet life is not easily digested by Johnny’s fans.

Meanwhile, Johnny has been having the best time at Indian restaurants and concerts with his friend Jeff Beck. He was spotted relishing a British meal of fish and chips and a pint in a pub in Newcastle. He also reportedly spent $45,000 at a restaurant over chicken tikka with his friends.