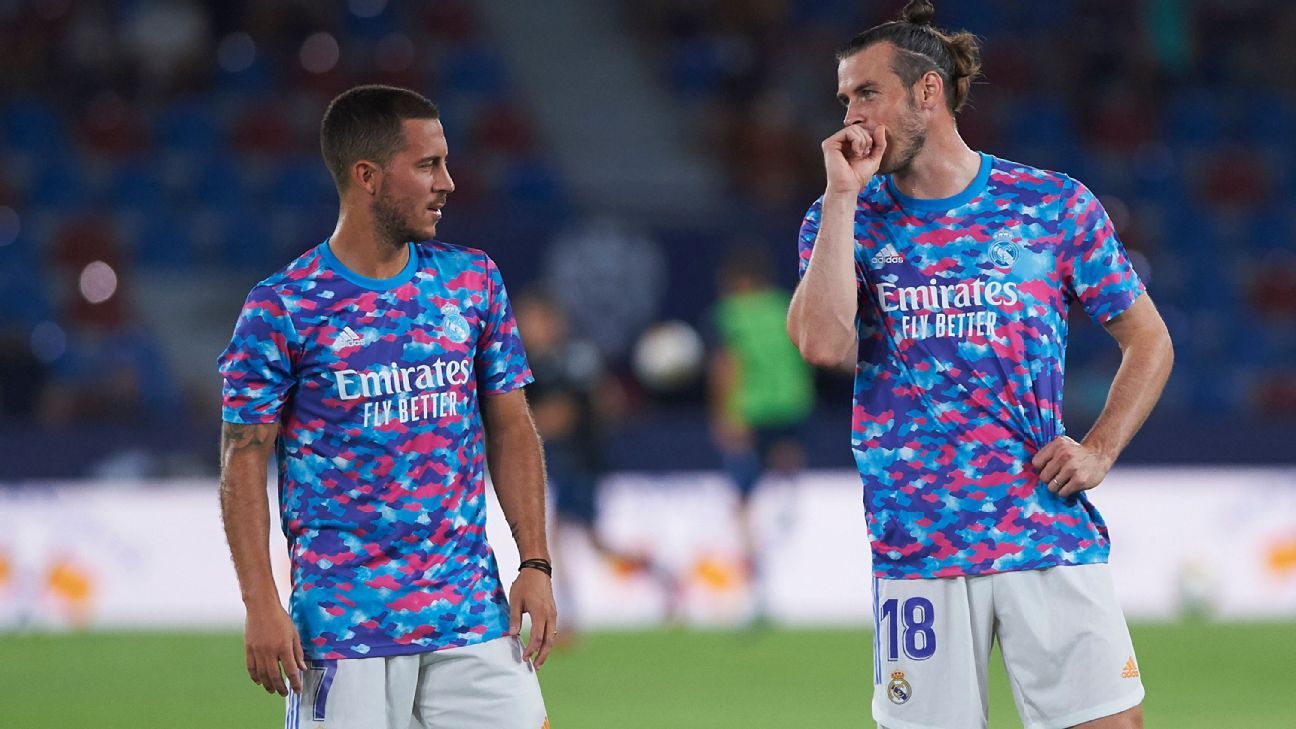 Carlo Ancelotti has said that Eden Hazard and Gareth Bale could have contributed more to Real Madrid‘s season so far, but denied issues with either player, and discussions of departures during this month’s transfer window.

Both Hazard and Bale are fit and available for Madrid’s Copa del Rey last 16 tie at Elche on Thursday after playing limited roles this campaign.

“It’s simple. Nothing has happened between us. There’s competition [for places],” Ancelotti said in a news conference on Wednesday. “The coach, me, chooses the best players for each game, whether it’s fair or not. It’s what happens at every big club.”

“You can be really good but still you don’t play,” he added. “I could talk about Nacho, Marcelo, [Dani] Ceballos, Isco, [Luka] Jovic, they’re players with great quality. The same thing happens with them as with Bale and Hazard.”

Hazard has been an unused substitute in Madrid’s last three games, including wins over Barcelona and Athletic Bilbao in the Spanish Supercopa as they lifted the first silverware of the season, while Bale hasn’t played for his club since last August.

Both players have been linked with potential moves back to the Premier League, and while Hazard has two-and-a-half years to run on his contract, Bale’s deal expires next summer.

“[Hazard] is training and awaiting the call of his coach,” Ancelotti said. “When the call comes, I think he’ll be ready… Right now he’s still a Real Madrid player. He’s focused on the competitions and games we have.”

Bale missed Madrid’s Supercopa trip to Saudi Arabia, with Ancelotti citing a back problem. Both players have struggled with injuries throughout their times in Spain and this season their involvement has been further limited by the emergence of Vinicius Junior, and competition from Rodrygo and Marco Asensio.

“It’s true that the two of them have had a lot of setbacks,” Ancelotti said. “Bale has come back now after a long time out. Hazard has been physically good for the last six weeks.