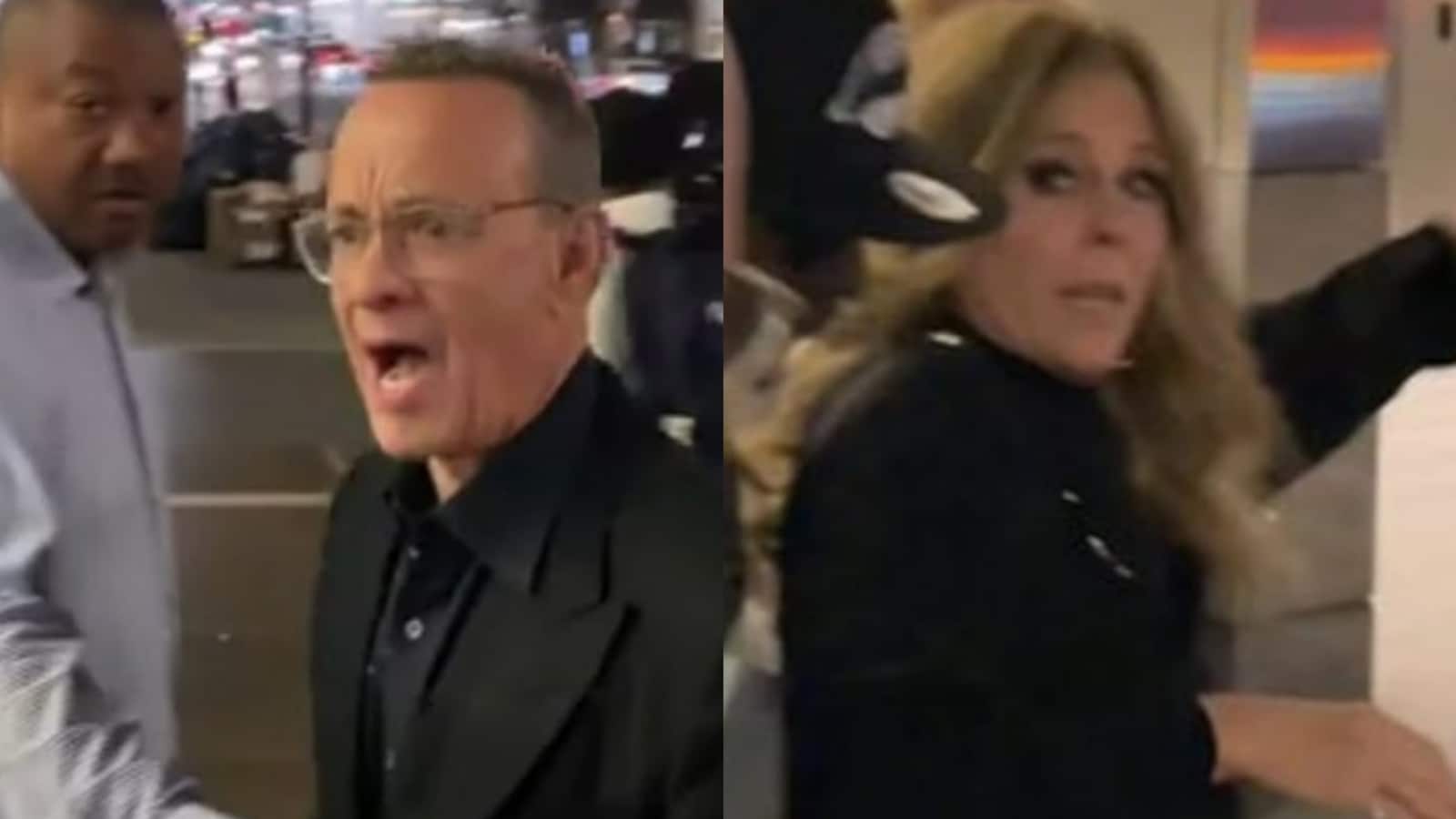 Actor Tom Hanks lost his cool on Wednesday in New York after some over-enthusiastic fans caused his wife Rita Wilson to trip. The incident took place as the couple was exiting a restaurant and was surrounded by fans. As seen in a video of the incident, Rita almost falls as the fans push forward causing an angry Tom to shout at them. Also read: Tom Hanks ensures camera stays on Austin Butler during Elvis’ 12-minute standing ovation at Cannes Film Festival

The video has been shared by fans and news sites across social media. It shows Tom and Rita walking from a restaurant to a waiting car. They have a few security guards with them. Fans can be seen following Tom trying to get close to him for selfies. People can be heard saying, “Be careful, Tom” and asking the fans to move. Then, a fan bumps into Tom’s wife Rita, almost causing her to fall.

As their security team asks the fans to move back, the actor turns around angrily and shouts, “Back the f*** off! Knocking over my wife!” As the fans move back, the security detail is heard saying, “What are you guys doing. Move back.” Tom then walks and joins Rita, who has already boarded the car. Paparazzi can be heard saying, “Sorry about that Tom.”

As the video spread online, fans supported Tom. One person tweeted, “He was well within his rights to get angry. People need to know personal space.” Another person said, “Fans can get too close. This was scary.” Another fan wrote, “Just how pushy do you need to be to get even Tom Hanks angry like this.” Many wrote that this was the first time they had seen the usually calm and composed Tom lose his cool.

Tom is currently promoting his upcoming film Elvis, a biopic of singer-actor Elvis Presley. Tom plays Elvis’ manager Tom Parker in the film while Austin Butler plays the singer himself. The film, directed by Baz Luhrmann, is set to release on June 24.