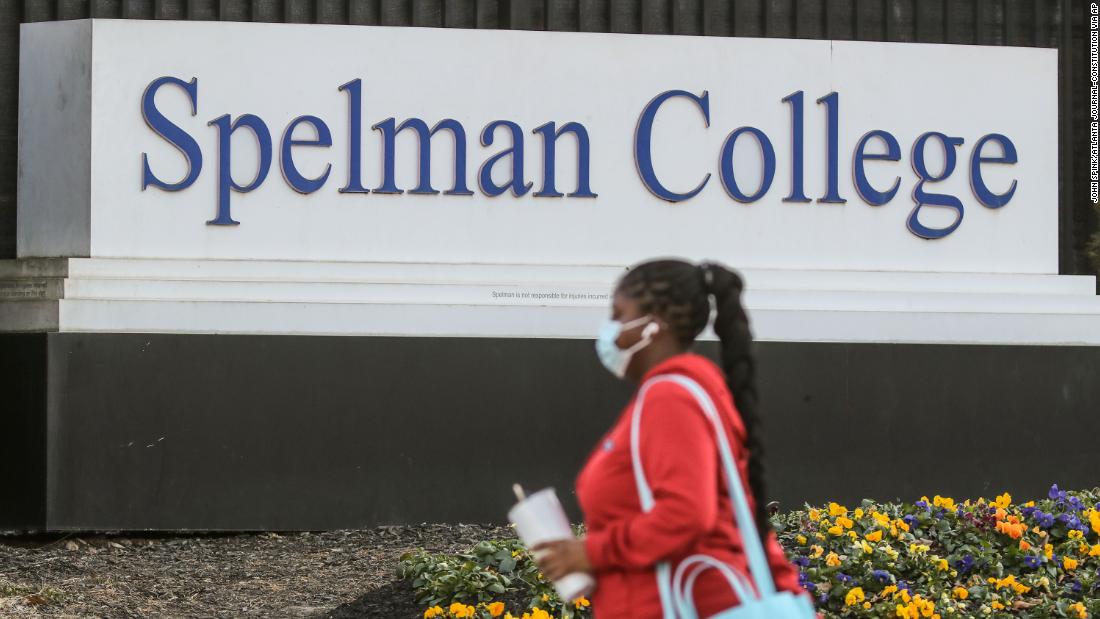 This was the third threat to the all-women school this year, and it prompted all classes to be canceled and a four-hour campus lockdown on Tuesday, according to a tweet from the school.

Spelman was among at least 14 HBCUs that received bomb threats last week.

“We come to HBCUs, specifically Spelman, to feel safe,” Pearman told CNN. “It’s horrible the fact that I come here to feel safe and be within a community of my own and now I’m being attacked for that.”

The threat contained no information about a location of a device or time of detonation. The Atlanta Police Department then conducted a sweep of the campus.

“We appreciate the active involvement of our local and federal officials,” said Mary Schmidt Campbell, president of Spelman College, in a statement Tuesday. “We continue to count on them to work with us to add additional protective resources and to step up their investigations into these threats. The students, faculty and staff of Spelman deserve the ability to conduct the college’s mission with calm, confidence, and security.”

The Atlanta Police Department told CNN that Spelman’s department of public safety will be handling the case. No further information has been released.

CNN has reached out to the school.

Recent threats to other HBCUs

Since the start of the year, more than a dozen HBCUs have reported multiple threats.

After some schools postponed classes last week, students said they were frustrated and fed up with the threats.

“I’m uneasy,” 22-year-old Calvert White, a student at Jackson State University in Mississippi told CNN last week. “HBCUs have a long history of physical threats just because of our existence. I think that the threats aren’t individual or coincidental — that it’s a clear attack on Black students who choose to go to Black schools.”

While it’s not clear who made the threat, “I think the uncertainty, especially in the age of Covid and heightened race relations, is part of the goal of whomever has been making the threats,” he said.

The FBI has identified suspects and is investigating the incidents as a hate crime, but no arrests have been made yet.

The investigation into the bomb threats “is of the highest priority for the Bureau and involves more than 20 FBI field offices across the country,” the FBI said in a statement last week. “Although at this time no explosive devices have been found at any of the locations, the FBI takes all threats with the utmost seriousness and we are committed to thoroughly and aggressively investigating these threats.”

But the agency has not provided any further information due to the ongoing investigation.

Nothing was found on any of the campuses that received threats, university officials said.

Leaders and students: A larger issue issue is at play

Anne McCall, provost of Xavier University, said these threats to the “refuge” that HBCUs can be speaks to a larger issue.

“We know that we were targeted as a cluster, right, because we’re historically Black institutions,” McCall said. “We also know our neighbors — Jewish neighbors, Muslim neighbors — around the country are targeted by white supremacists as well. And so, in this teaching, that needs to occur around our country…we need to see that this is part of a large, white supremacist project that must not be mistaken for anything other than that.”

But leaders underscored that their students are resilient.

“They are disappointed, they are traumatized,” Felecia Nave, president of Alcorn State University said of her students. But “they are resolved to continue to move forward and to make it known that we won’t be threatened.”

“It’s a very clear attack on our race,” Pearman said.

But HBCUs were created during times of adversity for Black students, she added, “so this is nothing new to us.”

“This is just another bump in the road, and we will continue to prevail,” she said.