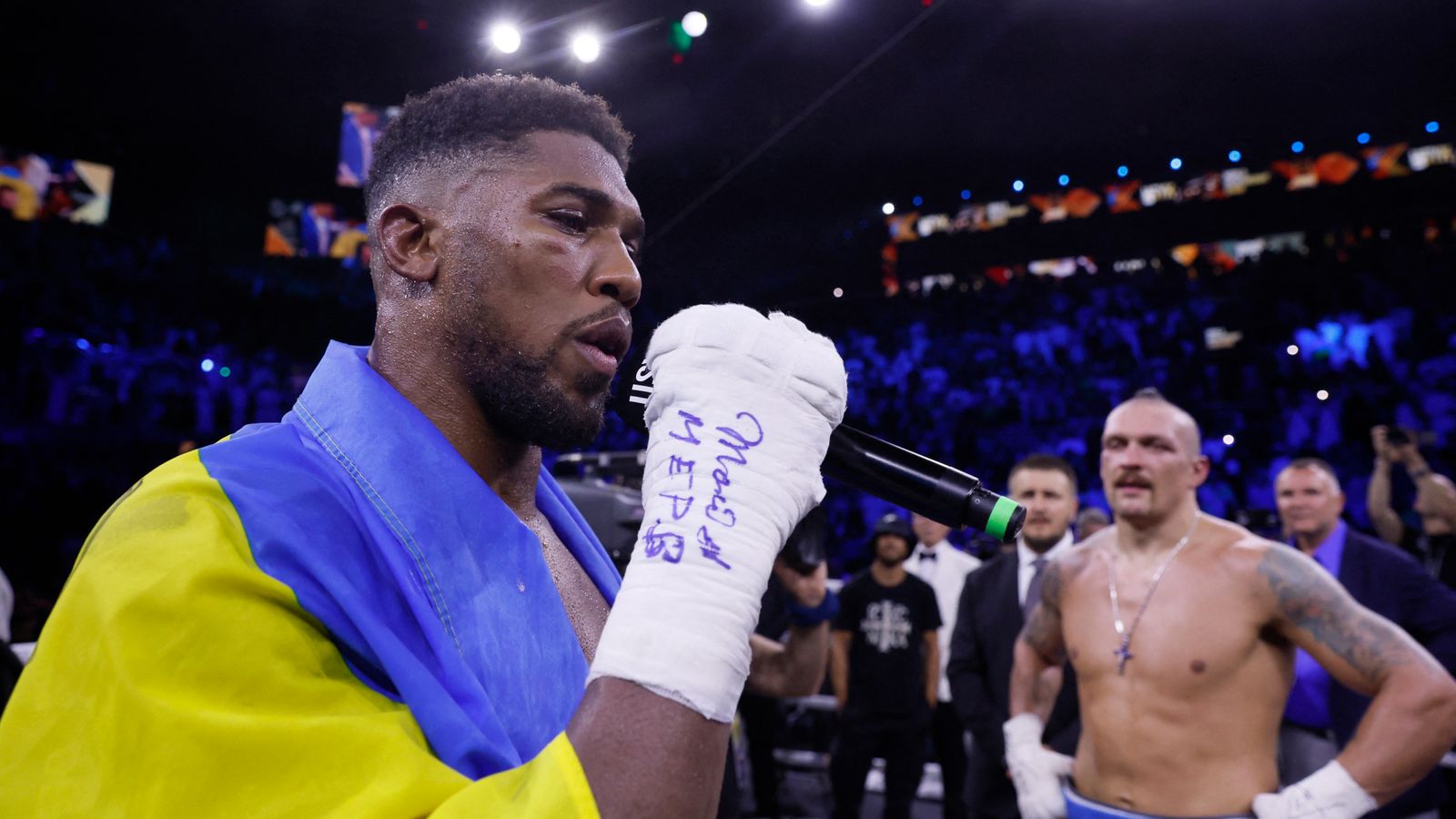 Anthony Joshua has said he “let myself down” during his outburst in the ring after his heavyweight title defeat to Oleksandr Usyk.

The Ukrainian fighter won on a split points decision after the pair went the full 12 rounds in Saudi Arabia on Saturday night, which ended with Joshua throwing two of the title belts over the ropes before storming off.

Writing on Twitter, the British fighter acknowledged his emotions “got the better of me”.

“I wish @usykaa continued success in your quest for greatness. You are a class act champ,” he said.

“Yesterday I had to mentally take myself into a dark place to compete for the championship belts! I had two fights, one with Usyk and one with my emotions and both got the better of me.

“I’ll be the first to admit, I let my self down.

“I acted out of pure passion and emotion and when not controlled it ain’t great. I love this sport so so much and I’ll be better from this point on. Respect.”

Joshua’s erratic behaviour saw him return to the ring after he had stormed off, grabbing the mic to address the crowd inside the King Abdullah Sports City stadium.

“If you knew my story, you would understand the passion,” he said.

“I ain’t no amateur boxer, from five years old that was an elite prospect from youth. I was going to jail, I got bail and I started training my a*** off, I wanted to be able to fight.

“This guy beat me tonight, maybe I could have done better, but it shows the level of hard work I put in, so please give him a round of applause as our heavyweight champion of the world.”