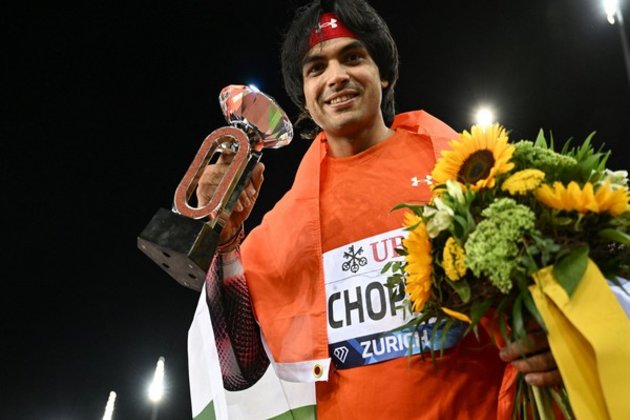 The minister said Chopra has added another feather to his cap with this win.

“You’ve taken Indian Sports to new heights with your superb performances. The Ministry of Youth Affairs and Sports is proud to support you in this journey. Congratulations Champ!!,” minister Thakur tweeted.

Star Indian javelin throw athlete and Olympic gold medallist Neeraj Chopra made history on Thursday, becoming the first-ever Indian to win the prestigious Diamond League trophy, a top-tier athletics competition, achieving the best throw of 88.44 m to clinch one of the biggest wins of his career.

Neeraj Chopra did not get off to a good start as his first attempt was declared a ‘no throw’. Meanwhile, Czech athlete Jakub Vadlejch took the lead with a throw of 84.15 m.

Neeraj made his way back into the competition with a superb throw of 88.44 m in his second attempt, which pushed him to the top of the table. Vadlejch was chasing him with a throw of 86.00 m.

Earlier in August, Chopra clinched the javelin throw competition at the Lausanne Diamond League with a best throw of 89.08m.

With his best throw at the event, Chopra became the first Indian to clinch the prestigious Diamond League Meeting title with a win in Lausanne. (ANI)