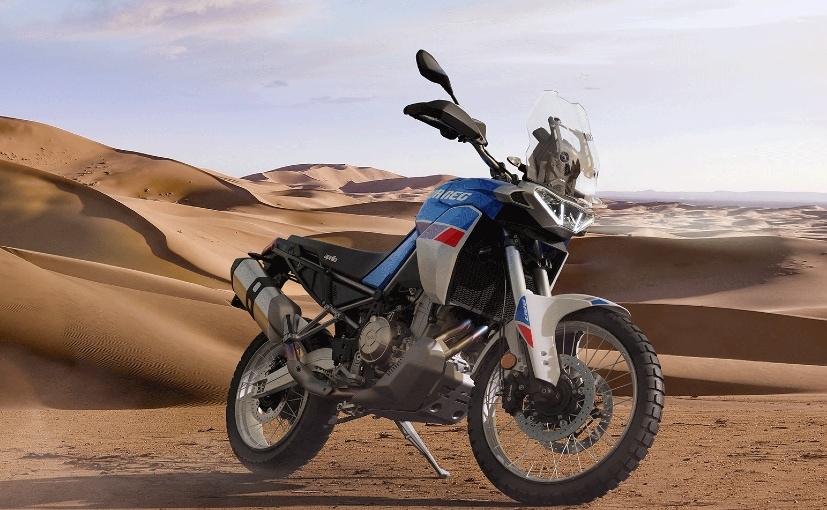 Images of the production-spec Aprilia Tuareg 660 have been released by Aprilia. In fact, the motorcycle is now listed on the company’s global website. Will it come to India? We hope it does!

Aprilia silently released images of the production-spec Tuareg 660 on its global website! Our initial first impression is that it looks like a smaller, more compact version of the Honda CRF1100L Africa Twin. Having said so, the motorcycle does look good. At least in the pictures! Aprilia did release a short video of the Tuareg 660, which lists out details about engine specifications, cycle parts and so on. With the Tuareg 660, Aprilia is gunning straight for the Yamaha Tenere 700 and its popularity in global markets as a do-it-all adventure touring machine, that doesn’t make a huge hole in your pocket and has go-anywhere ability as well.

Also Read: Aprilia Tuareg 660 To Be Launched Globally At The End Of 2021

The Aprilia Tuareg 660 gets the same 659 cc parallel-twin engine as the RS 660 and Tuono 660 but on the ADV, it makes about 79 bhp and 70 Nm. Power will be sent to the rear wheel via a 6-speed gearbox, although it isn’t clear whether the gearbox comes with a quick-shifter or a slip & assist clutch. The short video also tells us that the Tuareg 660 gets adjustable suspension at both ends, with a significant travel of 240 mm and it weighs 187 kg when dry. The ADV gets a fuel tank with a capacity of 18 litres.

In terms of features and electronics, the motorcycle gets 4 riding modes, switchable ABS, traction control, APRC or Aprilia Performance Ride Control, which includes a gamut of rider-assist electronics. There is a full-colour TFT screen which looks like a 5-inch unit. In terms of design, it has dirt-bike like styling, with a boomerang-shaped single-piece seat, upswept exhaust, wire-spoked wheels shod with block pattern tyres and an exposed frame.

The front end is characterised by a distinct-looking LED headlight, with three sections. While the motorcycle may not be outright good-looking but it sure does look imposing.

(The Tuareg 660 gets a full colour TFT screen along with 4 riding modes, APRC and switchable ABS)

Will it be coming to India? We sure hope so!