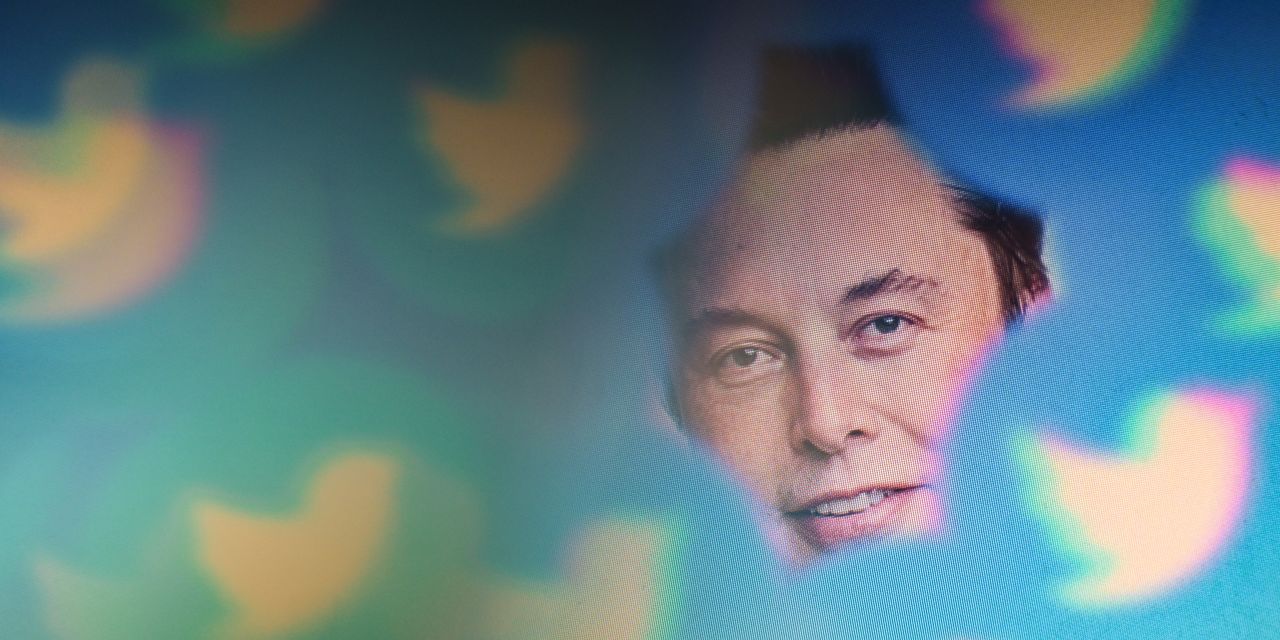 has sometimes seemed like the person Silicon Valley would create if venture-funded engineers figured out how to build humans in a lab: the bold innovator fearlessly disrupting one industry after another with a nerdy verve.

And yet these days, Silicon Valley’s investors, leaders and commentators are profoundly divided about tech’s billionaire icon, in ways that are revealing about Mr. Musk and about the state of the industry.

Mr. Musk’s hurly-burly two-month tenure as Twitter’s owner and self-described “chief twit” has made him a cultural fault line among tech’s elites, estranging some old allies while also forging new connections. Some people in both categories feel that Mr. Musk’s Twitter experiment could have important long-term implications for how tech companies are managed. Much depends on whether one of the world’s most influential social-media platforms can survive, or even thrive, after it shed most of its staff and made a series of drastic moves—along with more than a few missteps.

Some techies believe that Mr. Musk’s track record of swiftly and profoundly transforming not just companies but entire industries, such as cars and rockets, means that his methods are effective, even if they include rapid experimentation of a sort that many find capricious and, for employees, alienating.

When it comes to Mr. Musk’s latest actions at Twitter, “I think very few people are able to look past the tree and see the forest,” says

founder of wealth-management startup Domain Money. “I think it’s wonderful we get to live in a period in history when we can witness an individual of the caliber of a Thomas Edison, who is so prolific an innovator that he’s moved our technological capabilities forward by leaps and bounds,” he adds. Mr. Dell, brother of tech tycoon

has been acquainted with Mr. Musk since, as a venture capitalist, he handed the entrepreneur a term sheet 25 years ago proposing an investment in a Musk-led company that became part of PayPal.

Other Silicon Valley leaders say that Mr. Musk’s actions at Twitter show that he succeeds in spite, not because of, many of his traits, and that whatever he accomplishes, his impact on the culture of tech is in many ways negative.

“I think Elon has a special kind of genius that allows him to create some of the most exceptional things ever created, and also I think he needlessly role-models indifference to suffering,” says

head of Bloomberg Beta, an early-stage venture-capital firm that is backed by Bloomberg LP. Mr. Bahat, who calls Mr. Musk a “living Rorschach test,” says his opinions on Mr. Musk have sometimes led to tension with others in the tech industry.

The debate over Mr. Musk centers, in part, on the classic question of whether the ends justify the means. Are his most outrage-inducing actions—attempting to ban promotion of other social-media platforms, suspending the accounts of journalists, and publicly smearing a former employee to the point the man flees his home for fear of his safety—unacceptable under any circumstances?

Or are they acceptable side effects if he succeeds in turning Twitter into the money-making, free-speech-protecting and generally enjoyable town square he aspires to build? That would, after all, complete a remarkable entrepreneurial hat trick, after accelerating the decarbonization of the world’s energy system (at

his electric-vehicle company) and getting humanity closer to becoming a multiplanetary species (at SpaceX, his rocket company).

Complicating this debate is that Mr. Musk’s successes on those other fronts don’t look quite as lustrous as they used to. Tesla’s stock has taken a pounding as Mr. Musk has sold more than $39 billion of it since November of last year, in part to fund his purchase of Twitter, and NASA has begun asking whether his actions at Twitter are a distraction from the life-or-death matters which are the domain of SpaceX.

Some of Mr. Musk’s leadership strategies at Twitter are broadly recognizable for tech investors and entrepreneurs, even if his approach is extreme. Take the mid-November email he sent in the wee hours soon after completing his $44 billion acquisition, telling employees that “to build a breakthrough Twitter 2.0 and succeed in an increasingly competitive world, we will need to be extremely hardcore.” The same email asked employees to pledge to work to their utmost, and those who didn’t sign the pledge were let go.

The history of Silicon Valley—and tech in general, going back all the way to the days of Edison—is full of periods of extraordinary effort on the part of a relatively small number of dedicated engineers. And Mr. Musk has used a similar playbook at Tesla, especially during its “production hell” phase in late 2017, when many predicted that Tesla wouldn’t make it. It’s unclear whether the same approach can work at a mature company like Twitter.

How much tech employees should work and sacrifice during a historic downturn in the fortunes of the tech industry as a whole would not normally be a question of broad interest, but it becomes one when refracted through the lens of Mr. Musk’s politics, communication style, and rapid-fire decision-making.

“You know how you have friends that are either on the left or right, and you know they can only have one type of opinion because, for them, politics is a cause that cannot fail?” says Brian McCullough, general partner at the Ride Home Fund, an early stage investment fund connected to a podcast he produces of the same name that is popular in tech circles. “Elon in Silicon Valley circles has become a little like that.”

The division over Mr. Musk is especially notable in the clubby world of investors and the serial entrepreneurs they give money to. Its inhabitants have a financial incentive not to alienate potential future business partners, and are generally predisposed to be forgiving of those who can get things done, whatever their methods.

“I think that anyone who has worked with Elon would say there is a compulsiveness and ruthlessness to his passion, and that passion manifests incredible outcomes when properly directed,” says Mr. Dell.

The broad ambivalence toward Mr. Musk’s most recent decisions about managing Twitter was evident in public commentary from Paul Graham, a prominent venture investor and co-founder of storied startup incubator Y-Combinator. In mid-November, he defended Mr. Musk. “It’s remarkable how many people who’ve never run any kind of company think they know how to run a tech company better than someone who’s run Tesla and SpaceX,” he tweeted, adding “In both those companies, people die if the software doesn’t work right. Do you really think he’s not up to managing a social network?”

Is the way Elon Musk runs his companies something to be admired? Join the conversation below.

When Mr. Musk this past Sunday banned the practice of linking to a list of outside sites, including rivals Facebook, Instagram and Mastodon, Mr. Graham proclaimed frustration. “This is the last straw. I give up. You can find a link to my new Mastodon profile on my site,” he tweeted, referring to the upstart social-media site that has become a haven for those who have decided Twitter is no longer for them. His Twitter account was soon suspended.

Mr. Graham didn’t respond to a request for comment, but on Mastodon, he published a brief note to reporters: “I think it will be a relief to Elon to go back to focusing on cars and rockets. Those are arguably more important problems anyway. And he could still do good things for Twitter too, if he hires the right CEO.”

and currently a researcher at Stanford, recently predicted on the Dead Cat podcast—another popular one about Silicon Valley—that we will soon see a bursting of what he has called “the Musk bubble.” The compounding challenges at Twitter—its struggles to retain its most influential users, make money or even continue to operate—will convince more people that Mr. Musk is simply unsuited to running a social-media company, he said. What follows will be a swift drop in Mr. Musk’s personal brand, with fewer people willing to defend his actions, said Mr. Stamos, who did not respond to requests for comment.

Of course, a big part of what’s divisive about Mr. Musk isn’t just how he runs Twitter, it’s what he says on the platform. His extreme visibility, and willingness to expose both the goings-on at Twitter and his thoughts about them, not to mention a whole host of other issues, creates a spectacle people can’t help but have opinions about.

“Anyone who is placed under such an intense microscope is going to elicit negative reactions from some,” says Mr. Dell. “He also has done a few things that he probably, with a bit more reflection, would have chosen to do differently, but that’s just how the guy rolls,” he adds.

“Running Twitter is like he’s a contestant and host of ‘The Apprentice’ all at once,” says Mr. Bahat.

Like countless public figures before him, this tendency, and his methods of attention-seeking, have made Mr. Musk as much a symbol as a person. For many, he represents a bygone era in tech, when employees were pushed to their limit, rather than coddled with nap rooms, chair massages, unlimited snacks and generous leave policies. For others, he represents a part of tech that is out of touch with today’s realities of scarce talent and employees who are empowered to demand the kind of benefits that, until recently at least, were standard in tech.

When discussing Mr. Musk’s actions, “Some people in tech are like: ‘There’s no chaos! This is all 10th-dimensional chess!’” says Mr. McCullough. “And you want be like, ‘C’mon. It’s a bit chaotic.’ But then you realize, this isn’t business for them—it’s personal, it’s political, it’s philosophical. Elon is a cause that cannot fail, in their mind.”

For more WSJ Technology analysis, reviews, advice and headlines, sign up for our weekly newsletter.