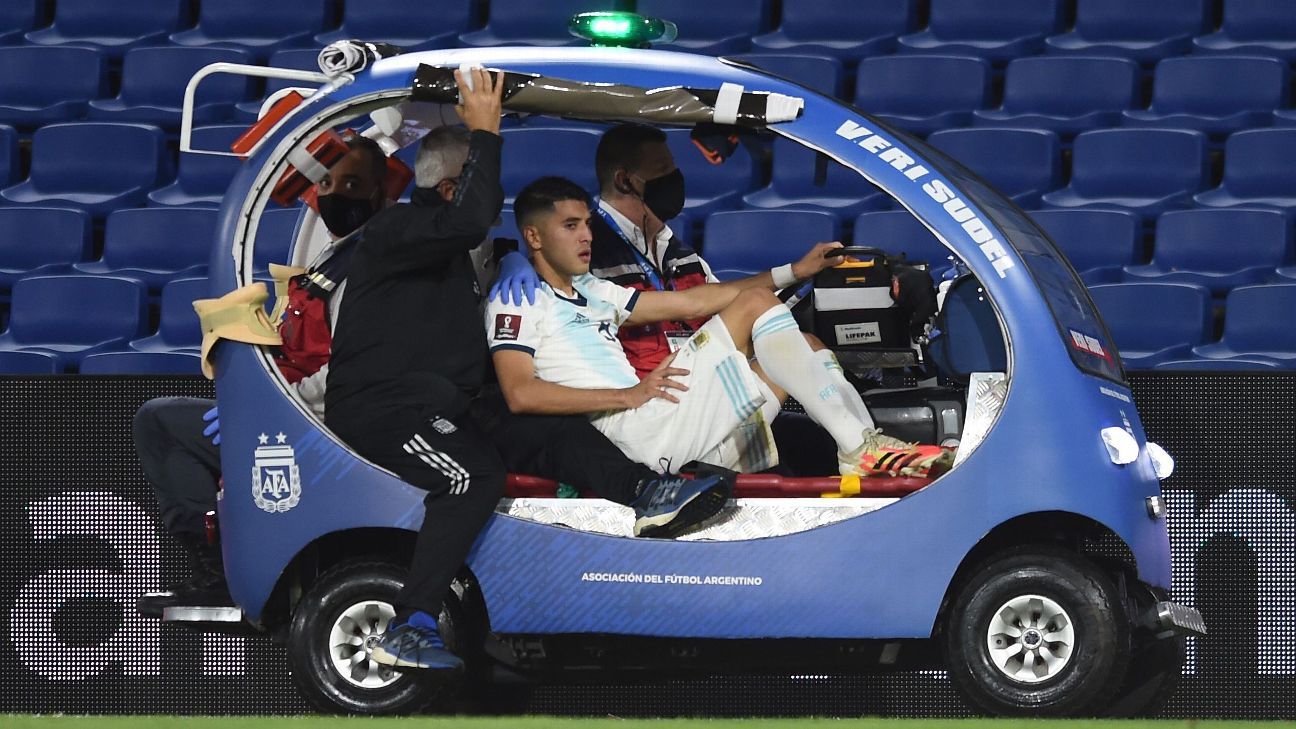 Argentina midfielder Exequiel Palacios fractured a bone in his spine during the 1-1 draw with Paraguay in Thursday’s World Cup qualifier and is expected be out for three months, his club Bayer Leverkusen confirmed on Friday.

Palacios sustained the injury in an aerial duel with Angel Romero in the first half of the contest at La Bombonera and was replaced by Giovani Lo Celso, who took the corner from which Nicolas Gonzalez headed home Argentina’s equaliser.

The Argentine Football Association (AFA) did not initially specify how long Palacios would be out for, but Leverkusen have since confirmed he will spend three months on the sidelines.

“The player suffered direct trauma to the left paravertebral lumbar area, verifying a fracture of the transverse processes of the lumbar spine,” the AFA said in a statement .

Argentina are away to Peru next Tuesday while Paraguay host pointless Bolivia.