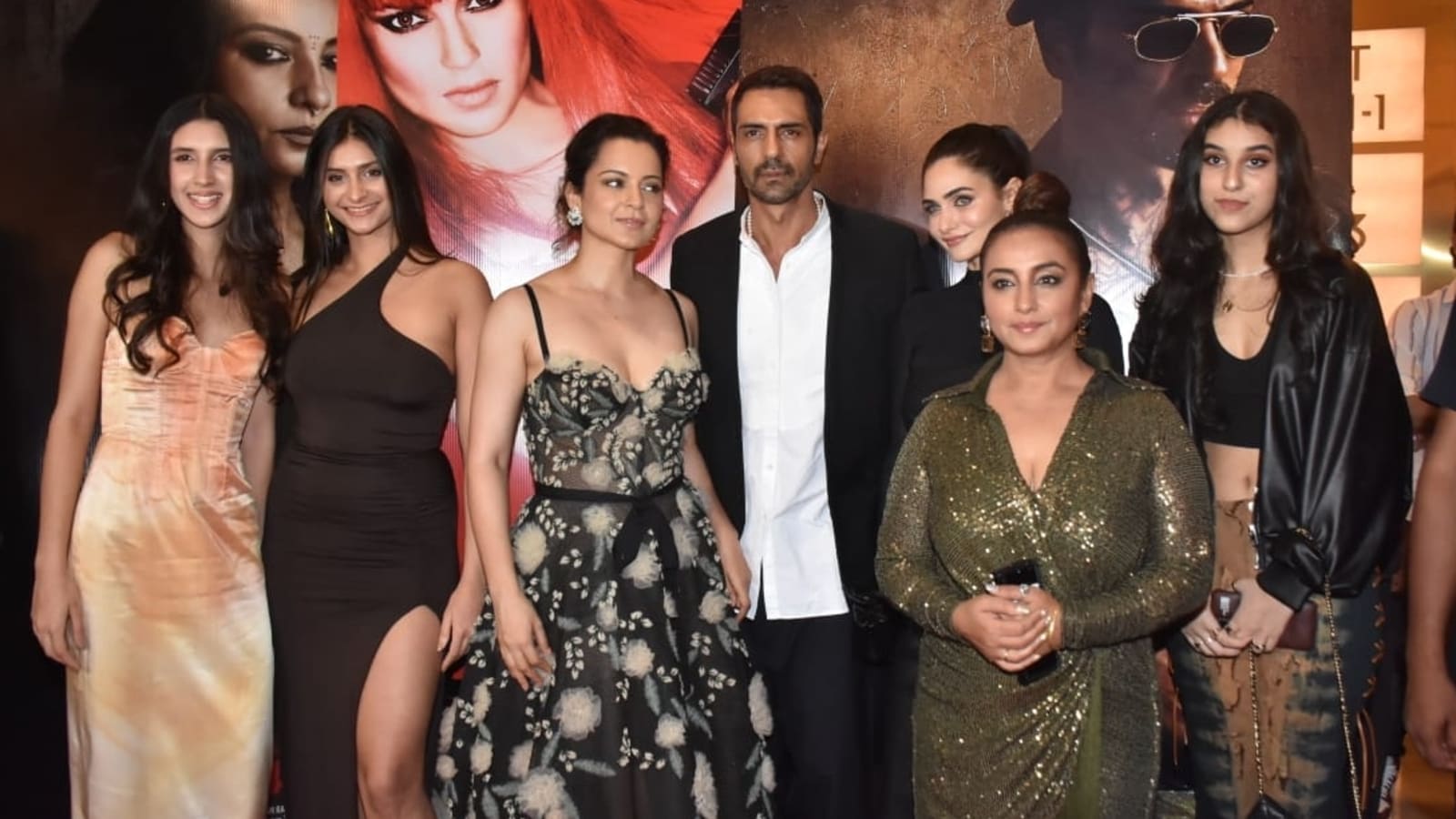 Kangana Ranaut, Arjun Rampal, along with their co-stars, friends and families put on quite the show at the Dhaakad premiere in Mumbai on Thursday. Arjun, his daughters Mahikaa and Myra, and his girlfriend Gabriella Demetriades, smiled and posed for photographers at the film’s red carpet. Read more: Kangana Ranaut buys Mercedes Maybach worth ₹3.6 cr, jokes about ribbon ‘I look like just married’. Watch

Stand-up comedian Munawar Faruqui, who won the first season of Kangana Ranaut’s reality programme Lock Upp was also in attendance. He was spotted arriving at the Dhaakad premiere with girlfriend Nazila, a social media personality.

Directed by Razneesh Ghai, Dhaakad, is an espionage action thriller, and stars Kangana, Arjun, Divya Dutta, Sharib Hashmi and Saswata Chatterjee, among others. Kangana and Arjun have been actively promoting Dhaakad since quite a few days.

Kangana, who will be seen in an action avatar in Dhaakad, was joined by her family – her parents, sister Rangoli Chandel, nephew Prithviraj, brother Aksht Ranaut and sister-in-law Ritu Sangwan – at the film’s premiere. Ahead of the film’s release, Kangana also showed off her new Mercedes Maybach S680.

Also seen at the film’s screening were Arjun with his family. Actor Payal Rohatgi too attended the screening of Kangana Ranaut’s Dhaakad, just days after slamming the Lock Upp host and wishing that her new film flops.

While Kangana Ranaut plays the lead role of Agent Agni in Dhaakad, Arjun reportedly plays the role of the antagonist. The first schedule of the film was wrapped in February.

Meanwhile, Dhaakad star Divya Dutta, who reportedly has some gruesome action scenes in the film, told Hindustan Times in an interview that her new film is a purple patch in her acting career. Recalling her biggest compliment for the film, Divya said, “After the posters were released the biggest director called and said ‘Is that you? Oh my god! You are unrecognisable’. It’s so amazing for an actor to hear something like this.”