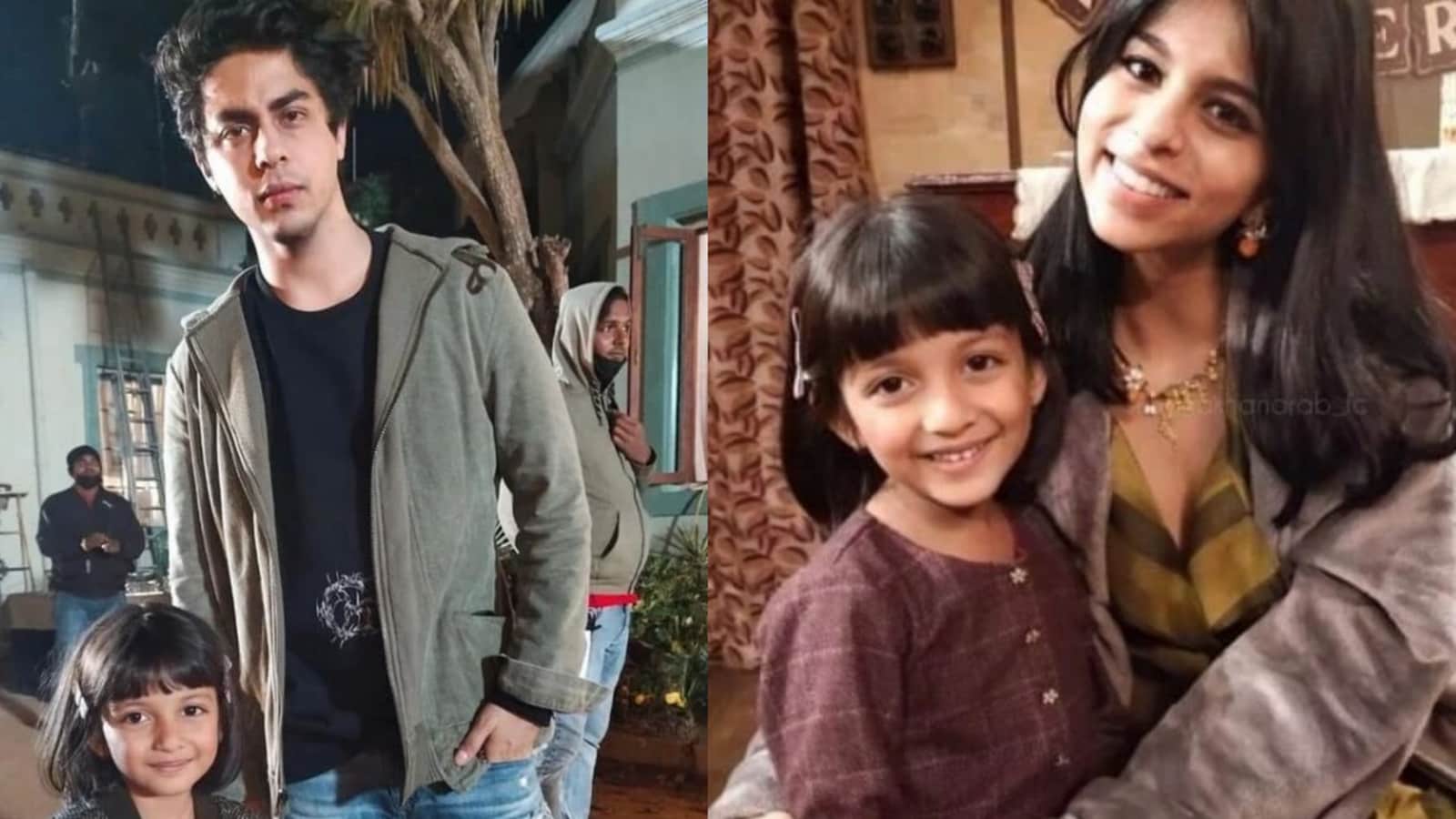 Actor Shah Rukh Khan and Gauri Khan’s daughter Suhana Khan is all set to make her acting debut with Zoya Akhtar’s The Archies. New pictures of Suhana and her brother Aryan Khan, from the sets of the film are doing rounds on social media. Earlier, Aryan extended support to his sister by sharing the poster of the film on his Instagram Stories. Also Read: Aryan Khan wishes luck to ‘baby sister’ Suhana Khan for The Archies in rare social media post: ‘Go kick some a**’

In one of the pictures shared by a fan account, Suhana and Aryan are seen posing with a little fan.

One fan commented on the post, “Suhana is so cute.” Another one asked, “Where are they shooting?” While one wrote, “Will he make a cameo appearance?” many others dropped heart emojis in the comments section of the pictures.

In May, the poster and the teaser of The Archies were released. Aryan shared them on his Instagram Stories. ‘Best of luck baby sister! Go kick some a**.” He also added, “Teaser looks awesome everyone looks great. All of you will kill it!”

Earlier, Shah Rukh Khan shared the first look of his daughter from the upcoming project, along with some advice for his little one. “Remember @suhanakhan2 you are never going to be perfect….but being yourself is the closest to that. Be kind and giving as an actor….the brickbats and applause is not yours to keep….the part of you that gets left behind on screen will always belong to you….you have come a long way baby….but the road to peoples heart is unending…..stride forth and make as many smile as you can. Now let there be Light….Camera and Action! Signed Another Actor,” he wrote.

Netflix has partnered with Archie Comics for the film, which will be set in 1960s India. The Archies is produced by Zoya and her longtime collaborator Reema Kagti under their production house Tiger Baby. Zoya announced the project on social media last year in November.