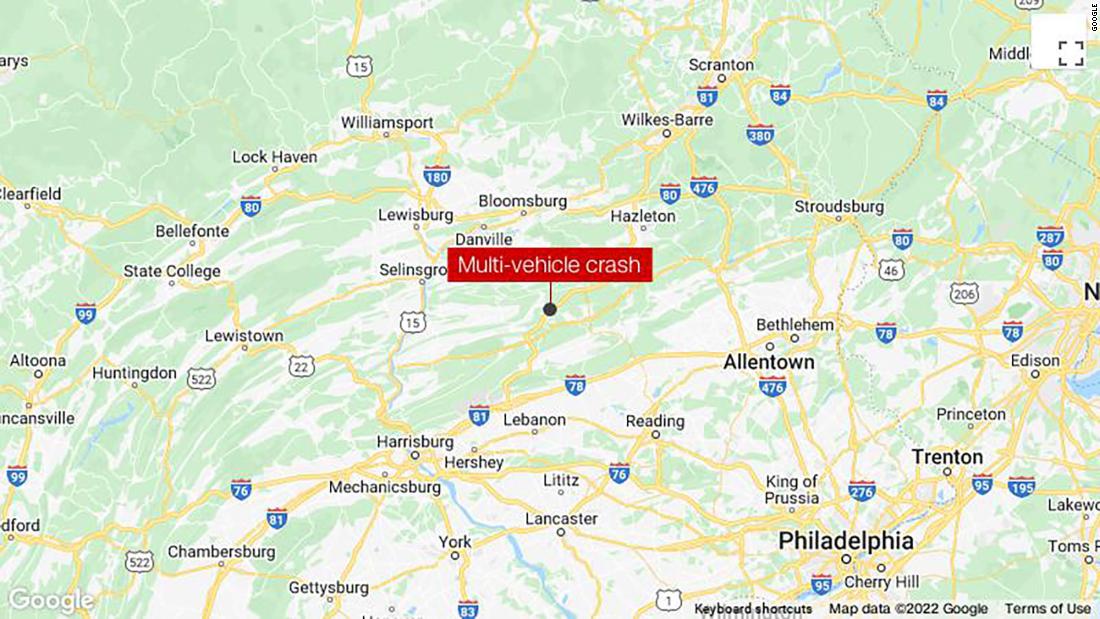 Blickley said there were an unknown number of injuries and people had been transported to hospitals. He did not expand on the nature of the injuries.

The crash happened shortly after 10:30 a.m. on Monday in the northbound lanes of Interstate 81 near mile marker 116, Blickley said. The location is about 50 miles west of Allentown. The Pennsylvania Department of Transportation wrote in a tweet Monday morning that all lanes of the highway were closed near the crash.
A snow squall warning for the county and several others in Pennsylvania was in place until 1:30 p.m., the National Weather Service said. A snow squall is an intense period of moderate-to-heavy snowfall of limited duration that is accompanied by strong, gusty surface winds and possibly lightning. Snow accumulation may be significant.

A strong arctic front moved across the New York and New England region on Monday, bringing snow squalls that were expected to lead to dangerous travel conditions.

There wasn’t a snow squall warning issued for the location of the accident at the time the crash happened. However, a narrow band of snow was falling in the vicinity and across I-81 based on radar data analyzed by CNN meteorologists. Winds of over 20 mph were reported in the region, which could have resulted in low visibility.

CNN’s Eric Levenson and Judson Jones contributed to this report.