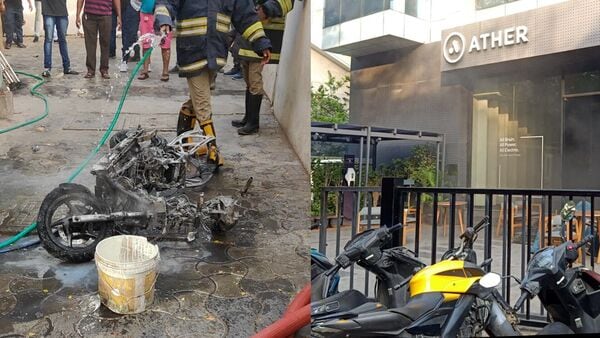 The incident took place at the Nungambakkam Experience Centre of Ather Energy. Though there were no injuries, some of the electric scooters were charred as employees failed to remove them from the showroom in time.

A fire broke out at one of the Ather Energy Experience Centers in Chennai on Friday. Several scooters from the Bengaluru-based electric two-wheeler manufacturer were charred in the incident. However, there were no injuries reported in the mishap.

Ather Energy later issued a statement on the fire incident. It said, “Before you hear it from others, there has been a minor fire incident at our premises in Chennai. While some property and scooters got affected, thankfully all employees are safe and things are under control. The experience centre will be operational shortly.”

As of now, there is no clear reason behind what triggered the fire. An investigation has been launched to determine the cause of the fire. The incident comes at a time when the country has seen multiple EV fire mishaps. At least six people have been killed in such incidents. Several EV makers were forced to recall their products amid criticism over safety issues. It has triggered a debate surrounding the safety of electric two-wheelers manufactured in the country.

A panel of experts set up by the Centre in March to investigate reasons behind electric two-wheeler fire incidents will submit its findings next week. The panel will also submit its suggestions on measures to minimise such fire incidents along with the report.

Union Minister Nitin Gadkari has already warned of stern action against the electric two-wheeler manufacturers who, if found negligent in the probe report, will be strictly penalised.