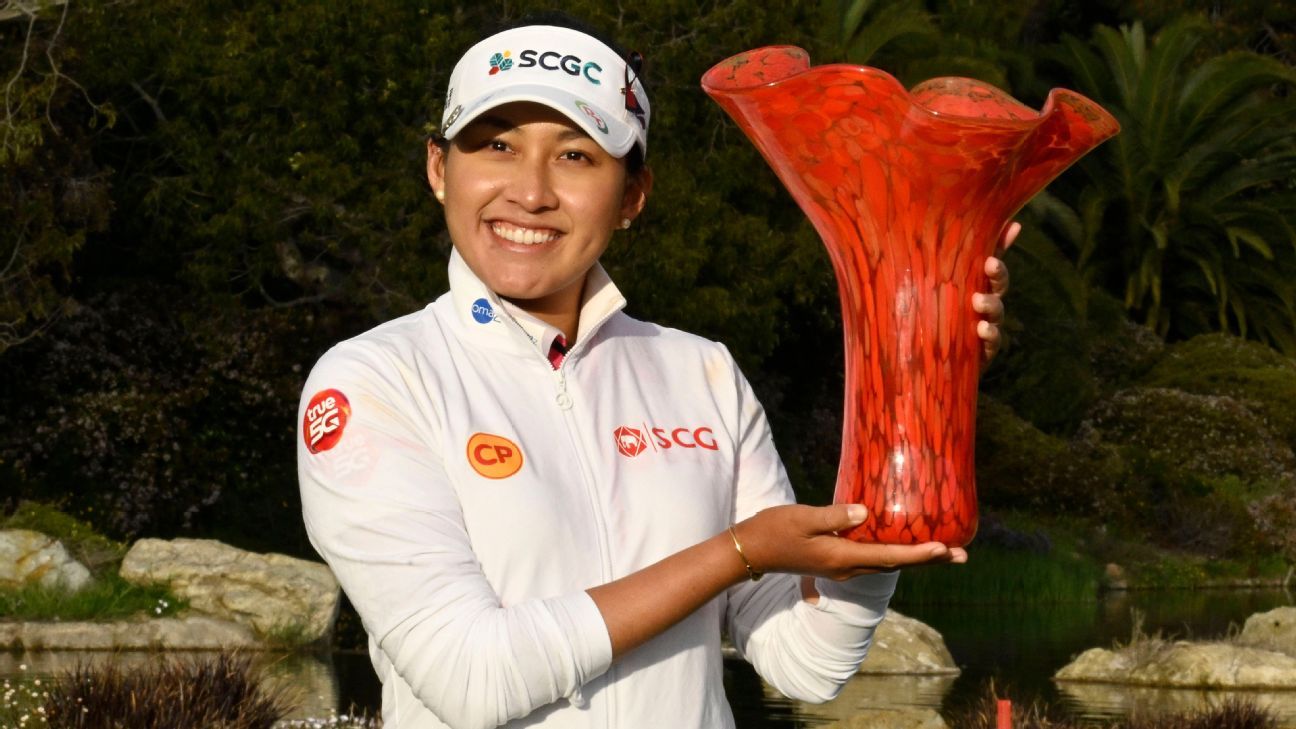 CARLSBAD, Calif. — Atthaya Thitikul won the JTBC Classic on Sunday for her first LPGA Tour title, three-putting for bogey on the second hole of a playoff but still outlasting Nanna Koerstz Madsen.

After Koerstz Madsen’s 15-foot bogey putt hit the edge of the cup and stayed out away, the 19-year-old Thitikul rolled her 10-foot par try close and holed out for the breakthrough victory.

“A lot things going through my head,” Thitikul said. “But one thing that I really want to focus is like just, ‘Do your every single shot.′ Just like, ‘If you lose, if you win, this is another chance to learn. So do your best every single shot.′ That’s it.”

At 19 years, 25 days, Thitikul is the youngest winner on the LPGA Tour since Brooke Henderson in the 2016 Portland Classic at 18 years, 9 months, 23 days. The Thai player also has two victories on the Ladies European Tour.

They matched pars on the first extra trip down 18, with Thitikul missing an 8-foot birdie try. Koerstz Madsen drove left on the second playoff hole and hit her second from an awkward stance near the cart part into the greenside water.

“It’s a hard shot,” Koerstz Madsen said. “It’s a hybrid from the rough — not a very good lie, above the feet. I just tried not to pull it too much from that lie, and then obviously I did not pull it. I pushed it quite a lot.”

Thitikul shot an 8-under 64, making nine birdies and a bogey to post at 16-under 272 at Aviara Golf Club in the final event before the first major of the season next week at Mission Hills in Rancho Mirage.

Koerstz Madsen, three strokes ahead of Na Rin An and and six in front of Thitikul entering the round, had a 70. She took the lead with a birdie on the par-5 17th, then bogeyed 18 to fall into the playoff.

“It wasn’t a very good playoff,” Koerstz Madsen said. “I played a good week and I’m happy with the game. I could have maybe have done a little better today, but it was what I could do.”

“I think I played well overall, but there were some parts that were a bit disappointing,” An said. “With a major tournament next week, I want to focus on my game even more.”

Top-ranked Jin Young Ko (68) was 14 under with Pajaree Anannarukarn (68) and Maude-Aimee Leblanc (68). Coming off a victory three weeks ago in Singapore, Ko extended her tour record for consecutive sub-par rounds to 34. She’s won six of her last 11 tournaments.

“I’m very excited to play next week’s major,” Ko said. “But this is a little sad, too, last tournament at Mission Hills.”