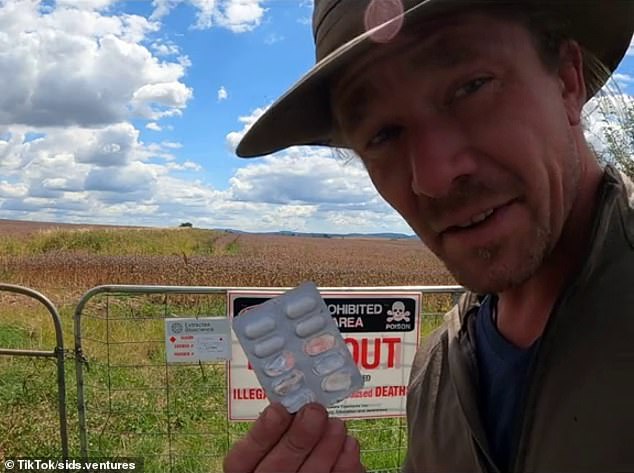 Tripped out wallabies are jumping into morphine poppy farms to get HIGH – then go on stoned rampages where they make bizarre crop circles, tour guide claims

The bulbs contain the thick, white opium gum used to make morphine and codeine, prompting the marsupials to jump around erratically.

‘Wallabies are more trippy than skippy. The crop circles we have here in Tasmania are very much real,’ he said.

‘Some of the local wallaby population get into these opiate-rich poppy fields, they have a bit of a chew on what is essentially pure codeine and morphine and jump around… leaving a nice little crop circle.

Mr Hewison said he found the rumours hard to believe until he dug deeper and observed the bizarre phenomenon.

‘Then they pass out apparently, then wake up later and go home,’ he said.

‘When I’m getting around Australia as go past interesting places like poppy fields I make a note to research them. I looked into it and couldn’t believe it at first.’

He said several sources backed up the stories, which originated with a comment by former Tasmanian premier Lara Giddings in 2009, while she was the state’s attorney general.

‘We have a problem with wallabies entering poppy fields, getting as high as a kite and going around in circles,’ Ms Giddings told a senate hearing. 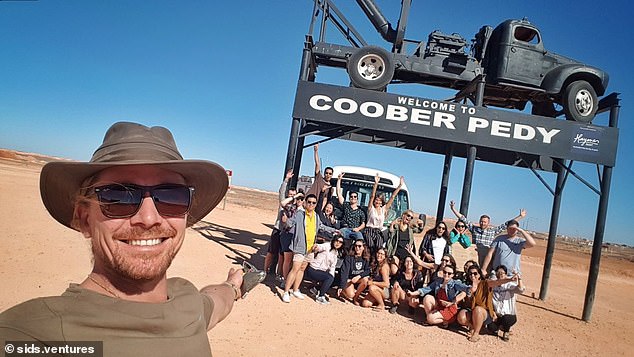 Outdoor educator Sid Hewison, who runs Sid’s Ventures, shared a viral video with his claims about the bizarre roo-tines occurring in Tasmania’s poppy plantations on TikTok 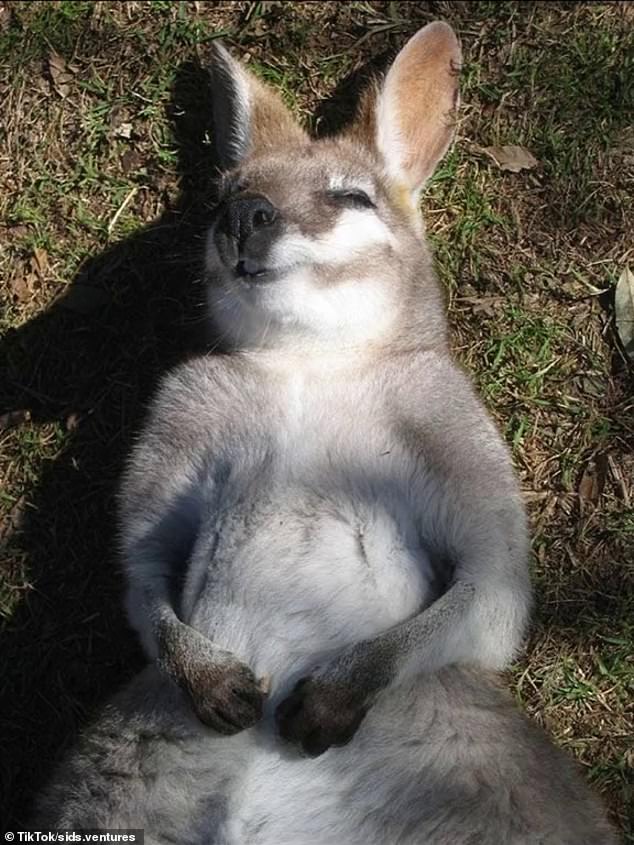 ‘Our world-class high capacity extraction and manufacturing site and agricultural innovation has positioned us as the largest producer of Thebaine and natural Codeine globally,’ it said.

Thebaine is used to produce oxycodone, oxymorphone, buprenorphine, and naloxone.

Mr Hewison also heard sheep were getting high from the poppies too – but farmers had more luck keeping them out of their fields.

They built sturdier fences to keep the sheep out – but the wallabies simply jumped over them.

Mr Hewison, 39, runs his own outdoor tour and education company, Sid’s Ventures and has spent the last 10 years touring Australia.