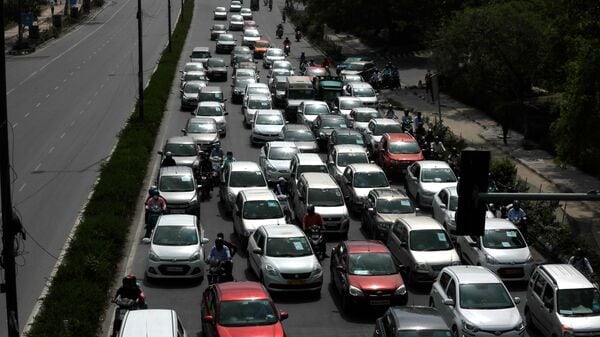 Passenger vehicles and two-wheelers have reported an uptick in sales, but are way behind their previous record.

Automobile wholesales in May surged by a whopping 245 per cent to 15,32,809 units as compared to 444,131 units registered in the same month a year ago. This sales uptick comes on the back of reviving economic activities and improving microchip availability. However, the domestic vehicle sales are yet to reach the previous record when automobile wholesales reached 20,04,137 units back in the same month of 2019, reveals data published by Society of Indian Automobile Manufacturers (SIAM).

In the two-wheeler segment, the domestic sales are yet to reach the 2019 figure when SIAM recorded 17,25,204 units. Last month, the Indian auto industry sold a total of 12,53,187 units of two-wheelers in the domestic market, which is significantly higher than the number recorded in May 2021, when 354,824 units were sold.

Commenting on May 2022 vehicle sales performance, Rajesh Menon, Director-General of SIAM said that sales of two-wheelers continue to remain sluggish in May 2022, as they are even below what it was nine years ago. “Sales of passenger vehicle segment are also still below 2018 level. Recent government interventions would help in easing of the supply-side challenges, but second hike in repo-rates by RBI and increase in 3rd party insurance rates, could become more challenging for the customers, thereby impacting demand,” he further added.