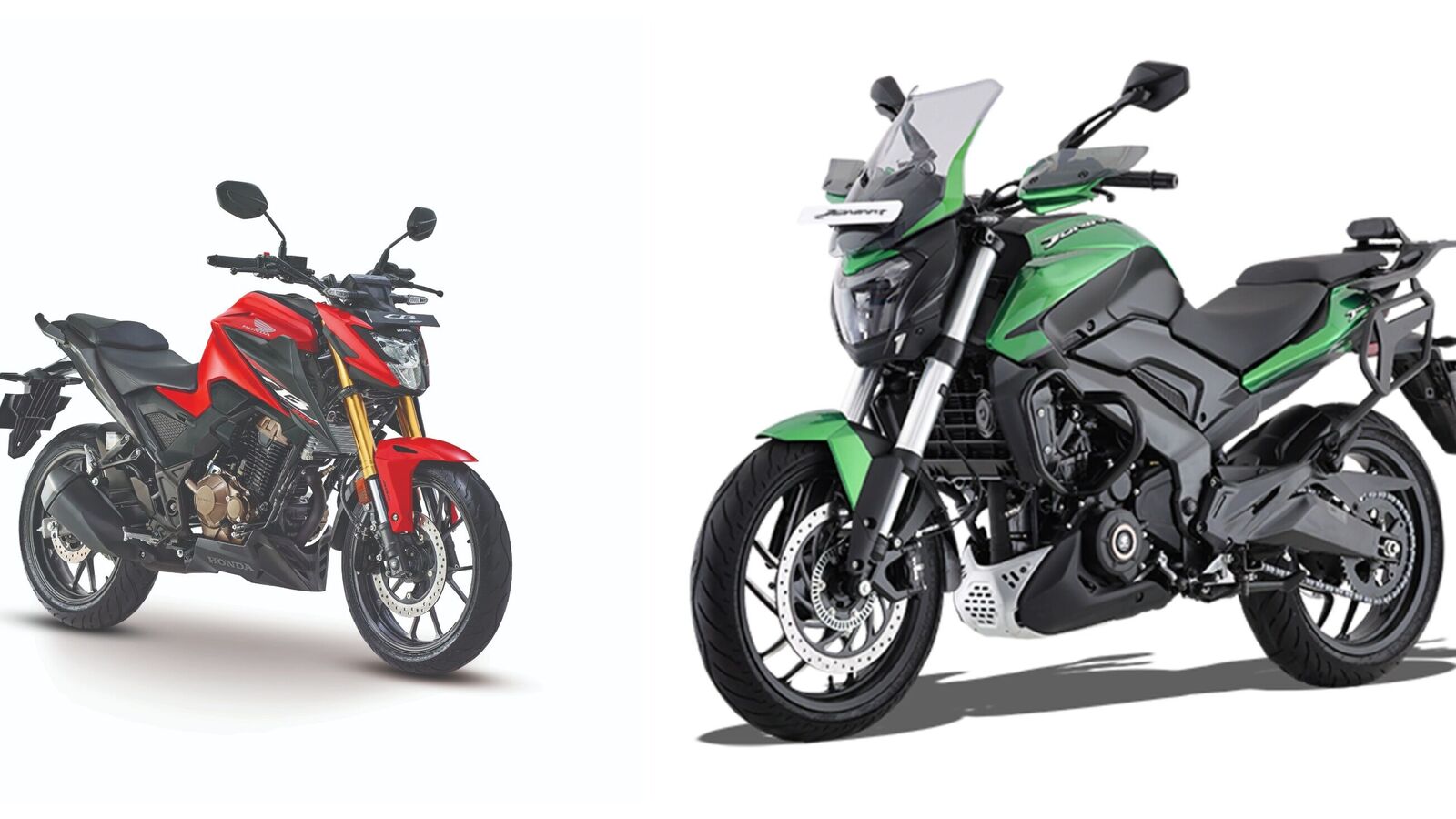 Bajaj Dominar 400 now comes ready for touring whereas the Honda CB300F is oriented more towards city use. Both the motorcycles are priced closely.

Honda recently launched their new CB400F naked street motorcycle in the Indian market. It will be sold through their BigWing dealerships. One of the rivals to the CB300F is the Bajaj Dominar 400. Some people might say that both motorcycles belong to different segments but both of them are priced quite close. Here is a comparison between both motorcycles.

The CB300F looks like a proper naked street fighter. It has got an angry looking LED headlamp, a muscular fuel tank with sharp tank shrouds and a slim rear section. The Dominar 400 looks bulky with its fuel tank, thick forks and a LED headlamp. It also comes with diamond-cut alloy wheels.

The Dominar 400 gets a 373 cc, liquid-cooled engine with a DOHC setup. it produces 40 hp of max power and 35 Nm of peak torque. It also gets a 6-speed gearbox with slip and assist clutch.

Bajaj is using a perimeter frame for the Dominar 400. The frame is suspended by 43 mm up-side down forks in the front and a multi-step adjustable mono-shock at the rear.