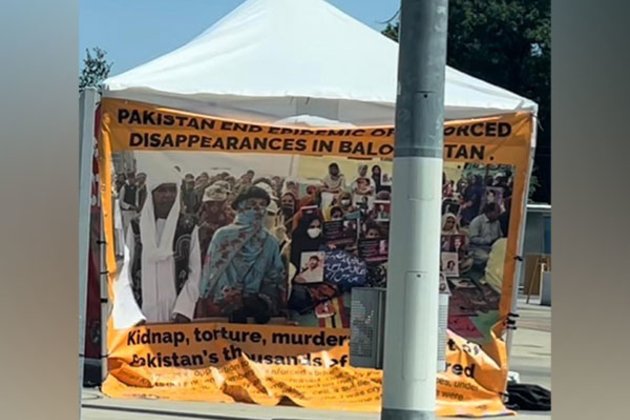 The event which started on June 20 will continue till June 22. It will culminate with a memorandum being handed over to the Human Right Council (HRC) and various diplomatic Missions.

Back in March, the Baloch Voice Association in Geneva organized exhibitions, conferences, and seminars to protest against thousands of cases of enforced disappearances in Balochistan.

According to the Human Rights Council of Balochistan, during the month of December 2021, more than 63 people were abducted and are missing while 37 were killed.

According to the Commission of Inquiry on Enforced Disappearances, an entity established by the Pakistani government, 8122 cases of enforced disappearances have been registered officially. Most of them are still unresolved.

Independent local and international human rights organizations put the numbers much higher. 20,000 have reportedly been abducted only from Balochistan, out of which more than 3000 have turned up dead as bullet-riddled dead bodies, bearing signs of extreme torture.

Human rights group Amnesty International has called for Pakistani authorities to end the use of enforced disappearances as a tool of state policy, as it releases a new briefing documenting the effect of such illegal abductions on the families of those who go missing.

Pakistan’s establishment has been long criticized over its practice of enforced disappearances and extrajudicial killings by International bodies and local human rights organisations that dare to speak out on the issue.

Families of the abducted victims have long been protesting for the safe recovery of their loved ones in the provincial capital Quetta, and their protest camp has now completed more than 4608 days. (ANI)