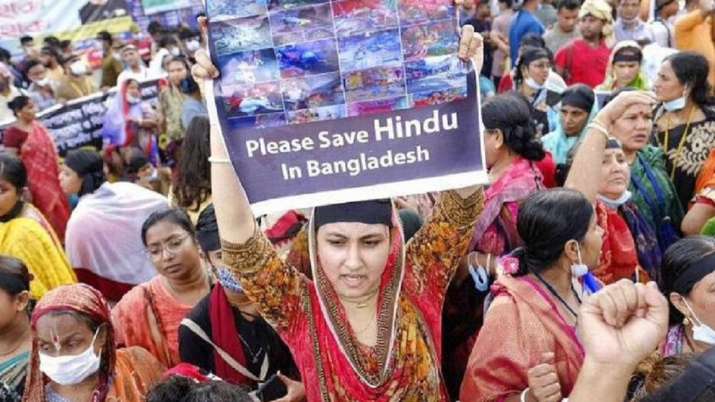 Bangladesh: Months after major communal clashes were reported from parts of Bangladesh, a Hindu temple was on Friday vandalised by a mob organised by Islamists in Bangladesh. According to the police, the incident was reported from the Narail district of the country, where the mob also attacked and vandalised several houses belonging to the minority community.

A house belonging to a Hindu family was also set afire. The violence took place after the Friday prayers.

Paul said the Hindu boy allegedly posted something on Facebook that angered the Muslims.

Narail Superintendent of Police Prabir Kumar Roy said the law enforcers were working to keep the situation under control.

“We’re investigating the incident. Those responsible for the violence will face action. The situation is normal for now,” he said.

No one has been arrested so far.

Also Read | Bangladesh goes all out just to save power: Shops, markets to be shut after 8 pm