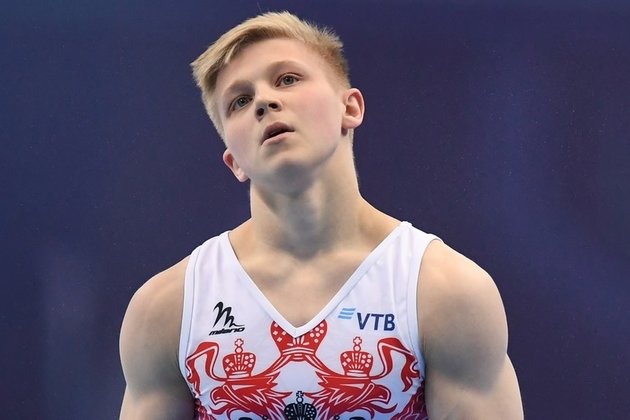 Ivan Kuliak will continue to appear at events in Russia, officials have said

Gymnast Ivan Kuliak will perform at the Russian Cup in his homeland and is free to do so despite the one-year ban handed to him by the International Gymnastics Federation (FIG), coaches for the 20-year-old have insisted.

Kuliak was sanctioned by the Disciplinary Commission of the Gymnastics Ethics Foundation (GEF) last month after he appeared on the podium at the Apparatus World Cup in Qatar with a ‘Z’ attached to his leotard.

The symbol is used by Russian forces in the military campaign in Ukraine and has been adopted as a show of support for troops by some of the broader Russian population.

Kuliak has lodged a formal appeal against the ban, which the GEF confirmed on Tuesday that it had received.

While Kuliak is currently ruled out of all FIG-sanctioned events or competitions organized by affiliated member federations until at least May of 2023, Russian officials have said he can compete at domestic events.

“Kuliak has the right to compete in Russian competitions despite a one-year disqualification from the international federation,” said national team coach Valentina Rodionenko, according to TASS.

“At the Russian Cup in Kaluga, he will perform on two apparatus. It will definitely be the parallel bars, but Ivan has not yet decided on the second apparatus.”

In further comments to Match TV, Rodionenko said Kuliak could appear at more competitions beyond the Russian Cup.

“We have told the international federation that they do not manage our internal calendar and their sanctions do not apply to our own tournaments,” said the veteran coach, who was with Kuliak in Doha at the time of the incident for which he was banned.

The Russian Artistic Gymnastics Cup is being held in Kaluga, around 175km south of Moscow, on July 4-10. Before his suspension was announced, Kuliak had already appeared at the National Championships in Kazan in April.

Kuliak was punished by the FIG for his gesture after earning bronze medal in the parallel bars in Doha back in March, in an event won by Ukrainian athlete Illia Kovtun.

The Russian, who was stripped of his medal and fined 500 Swiss francs (around $500), later told RT he did “not wish anything bad on anyone” but claimed he and his teammates had faced provocations from their Ukrainian rivals.

Before announcing Kuliak’s ban, the FIG had already slapped broader sanctions on all Russian and Belarusian gymnasts, removing them from international competition “until further notice” because of the conflict in Ukraine.

Kuliak is not the only Russian to be hit with personal sanctions for perceived support of the military operation in Ukraine.

Double Olympic swimming champion Evgeny Rylov was banned for nine months by international governing body FINA for appearing at a Moscow concert marking the reunification of Russia and Crimea back in March.

Rylov also had a ‘Z’ symbol on his jacket, although Russian President Vladimir Putin later described the swimmer’s ban as “absurd.”

In chess, Russian former world title challenger Sergey Karjakin was banned for six months by FIDE for his vocal backing of President Putin and the campaign in Ukraine.

Discussing Kuliak’s international ban shortly after it was announced last month, Rodionenko said that “the year will pass quickly.”

“Our task now is to prepare a new program, to train. Ivan is a brave guy, he understands this situation.

“Everything will be fine, this situation will not break him, he will return,” added Rodionenko