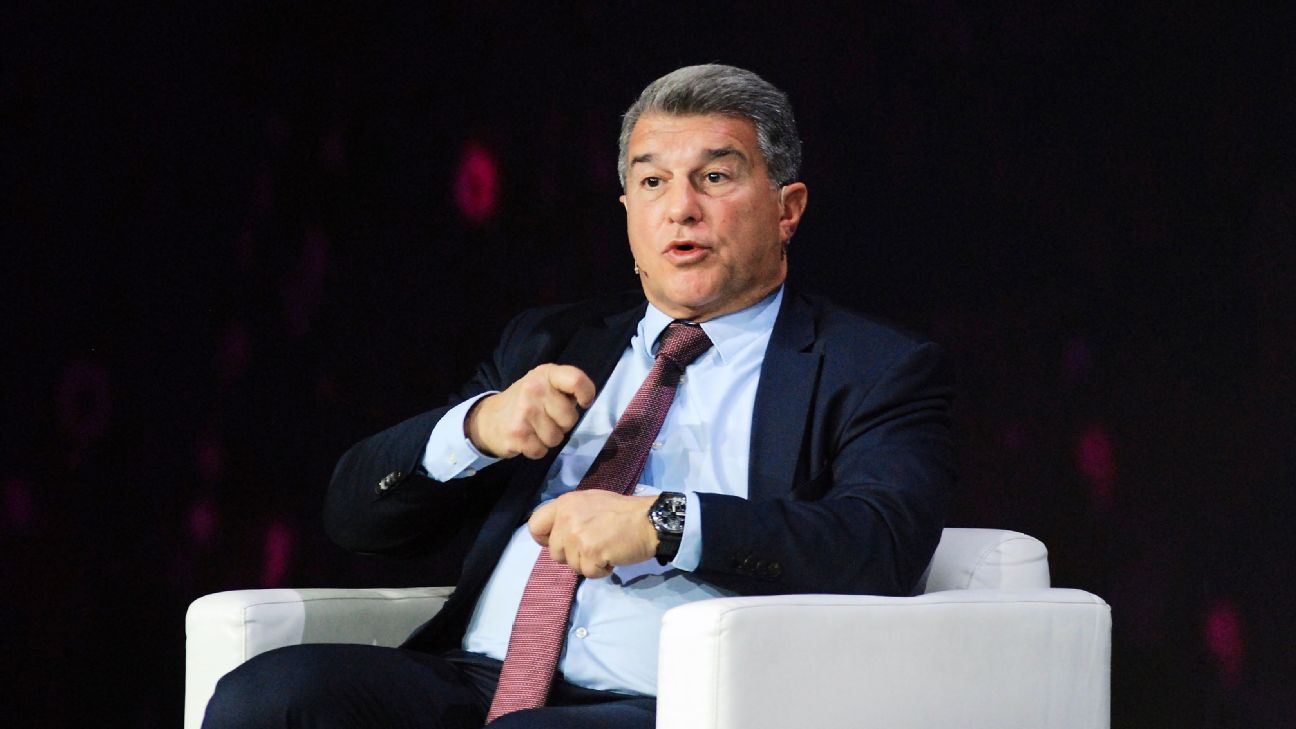 Barcelona president Joan Laporta has confirmed the club have already completed two signings ahead of the summer transfer window but said they are not considering bringing Lionel Messi back to the club.

Laporta did not name the two signings, but ESPN previously reported Barca have agreed deals with Chelsea defender Andreas Christensen and AC Milan midfielder Franck Kessie ahead of their contracts expiring with their respective clubs in June.

“We have closed two signings already,” Laporta told RAC1 on Monday. “I can’t give names. Let’s just say one could be a centre-back and the other a midfielder.”

However, Laporta said a return for Messi is not on the table. Messi left for Paris Saint-Germain on a free transfer last August but had been linked with a move back to Camp Nou after he was jeered by the Ligue 1 club’s fans following their elimination from the Champions League.

“I’ve not received a single message from Leo or his camp in that direction,” Laporta said. “At the moment, we’re not considering it. We’re building a young team that is starting to click.

“Leo is Leo, he is the best in the world, but we are not contemplating his return.”

Laporta said a hypothetical Messi return would not be a step back for either party, although he added his relationship with the player has suffered since they parted.

“Our relationship isn’t as fluid now he’s in Paris,” Laporta said. “It was not easy for me. I would have liked things to work out differently. But I could not put the club at risk. I think we did what we had to do. We don’t speak like before.”

On other potential signings, Laporta appeared to distance Barca from Borussia Dortmund striker Erling Haaland, saying “we would not accept the financial conditions that have reached me, even if we could.”

But he refused to be drawn on links with Liverpool’s Mohamed Salah and Bayern Munich‘s Robert Lewandowski, although he did confirm he is a big fan of Atletico Madrid‘s Joao Felix, confirming Barca attempted to sign him in exchange for Antoine Griezmann last year.

Laporta also said talks to extend Gavi and Ronald Araujo‘s contracts are progressing well, but hinted that Sergi Roberto could leave the club when he deal expires this summer after previously turning down the chance to renew.

Forward Ansu Fati returned to training on Monday following three months out. He could be back in action before the end of April, further boosting Xavi Hernandez’s options in attack.

Meanwhile, Laporta said a confidentiality agreement means he cannot reveal the figures of the sponsorship agreement with Spotify, and said Russia’s invasion of Ukraine could potentially delay renovation work on Camp Nou.

“It’s pushing the prices of materials up,” he said.