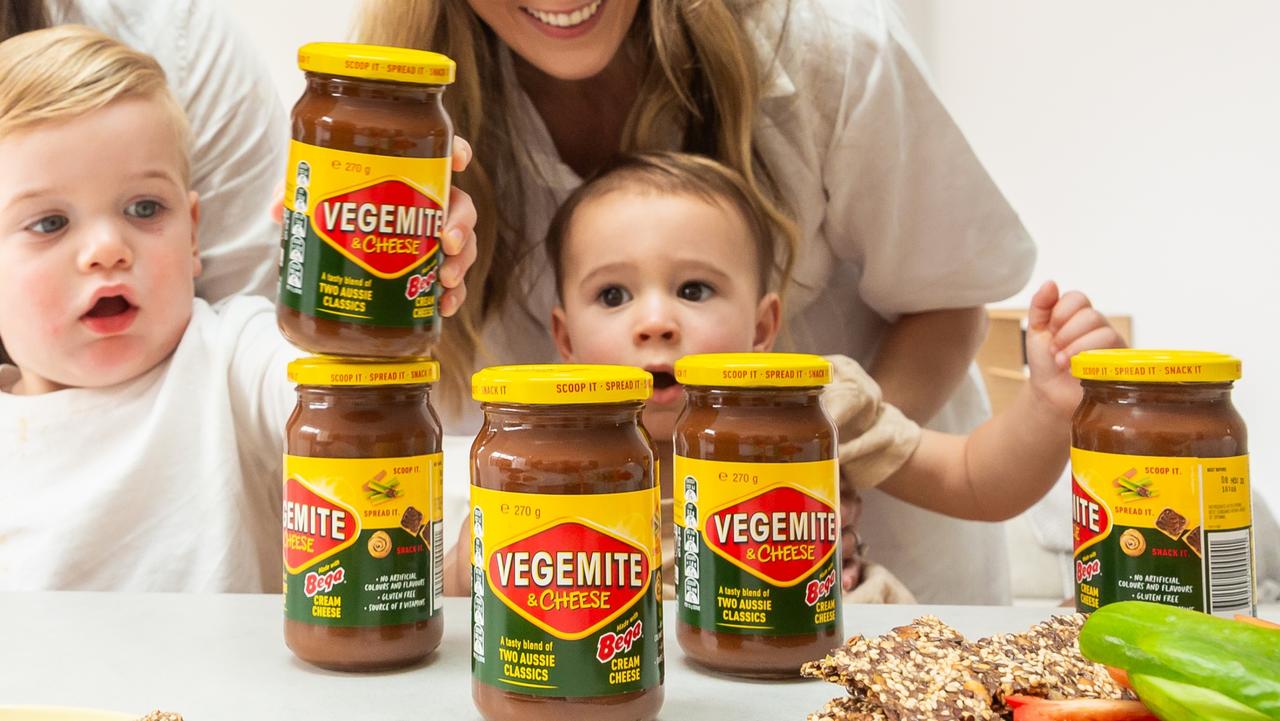 Vegemite is making strides to appeal to new customers with their first major product launch since again becoming Australian-owned.

Vegemite is undertaking a fresh bid to appeal to wider audiences with the launch of a new cheesy staple.

Vegemite & Cheese, made up of the original spread mixed with cream cheese, is aimed at customers who have yet to try the Australian delicacy.

The new offering is set to replace Cheesybite and will roll out across supermarkets from Thursday.

It will be the first major product launch since the brand was bought back by Bega Foods from American-owned Kraft in 2017.

“We have a pipeline of new products which we will be looking to bring to the market in future years, but we can’t reveal too much yet,” he told The Daily Telegraph.

“What we can say is that people will continue to see not only innovation but also collaborations to the market where we will work with other brands.”

The new products are aimed to coincide with Vegemite’s 100th anniversary in 2023.