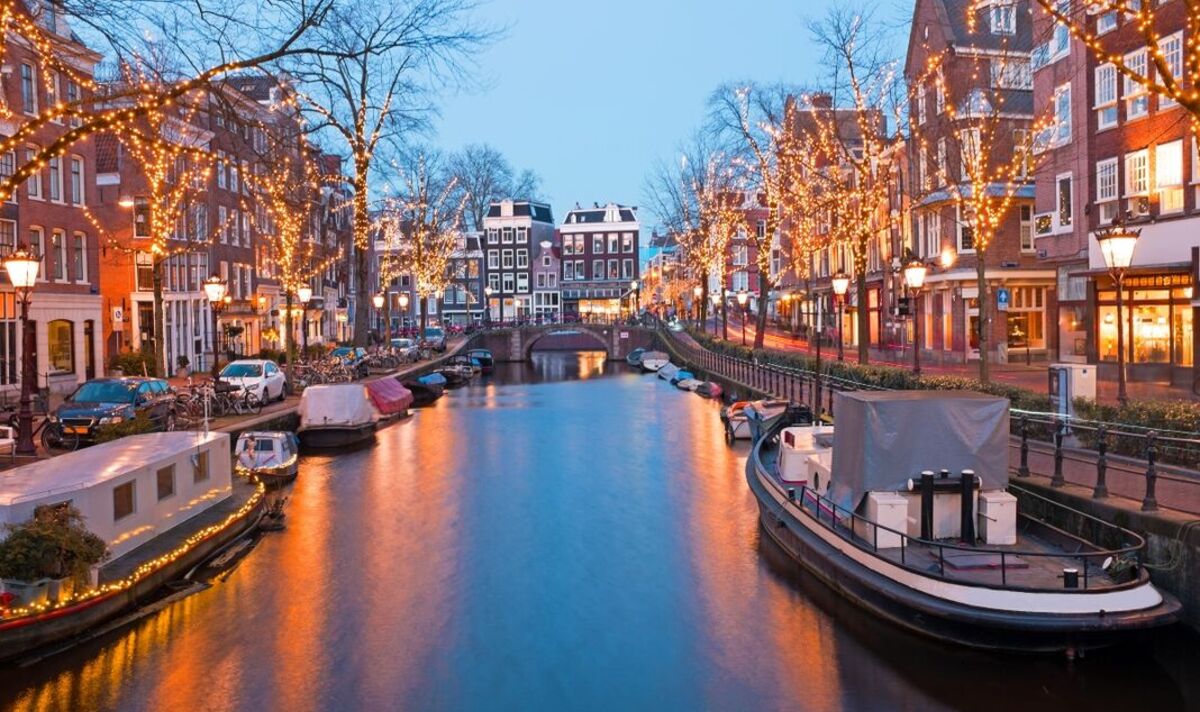 Winter holidays can add a little sparkle to an often glum time of year. Photobox found Europe’s best winter destinations by looking at the number of Christmas markets, decorations and winter activities.

The Dutch capital was the winning city and ranked as the most festive destination in Europe.

The Photobox team said: “The city is transformed with lights all over the capital, a Christmas tree in the heart of the city and an outdoor ice rink for a 100 percent festive Dutch experience and to create unforgettable memories with family and friends.”

During the winter months, tourists will find twinkling Christmas lights draped all along Amsterdam’s streets and trees.

Although it’s not cold enough every year, the city’s canals sometimes freeze and tourists can admire Amsterdam’s skilled skaters as they glide through the city.

The popular city is also less crowded in the winter months making it the perfect time to hit some of its top attractions.

The Rembrandt House Museum, Rijksmuseum and Van Gogh Museum are all ideal spots to shelter from the wintery weather.

Tourists can warm up with an oliebollen, a Dutch ball of doughnutty goodness, sold steaming hot by the city’s street vendors.

Although it can’t be directly translated, the Dutch word ‘gezellig’ means everything from ‘cosy’ to ‘friendly’ and is the perfect word to sum up the winter atmosphere in Amsterdam.

It might sound bizarre, but winter is the best time to strip off and head to the outdoor baths in Budapest.

But don’t worry, Budapest’s thermal baths are the best way to warm up in the Hungarian capital.

The majority of the city’s baths are open year round and are a great antidote to the cold winter weather.

Tourists can also hit the city’s festive ice-rink at Vajdahunyad Castle or admire the city’s lights.

A top ski destination, Innsbruck in Austria is a glittering winter wonderland which is at its best in the colder months.

Tourists could hit the slopes, take a bobsleigh ride or visit the Imperial Palace before warming up in one of the city’s many cafes with a hot chocolate or mulled wine.

The Danish capital of Copenhagen is another fantastic winter city with plenty of magical lights to brighten the winter darkness.

Zurich, Krakow or Venice were also named as top winter destinations with Tromso and Valletta close behind.