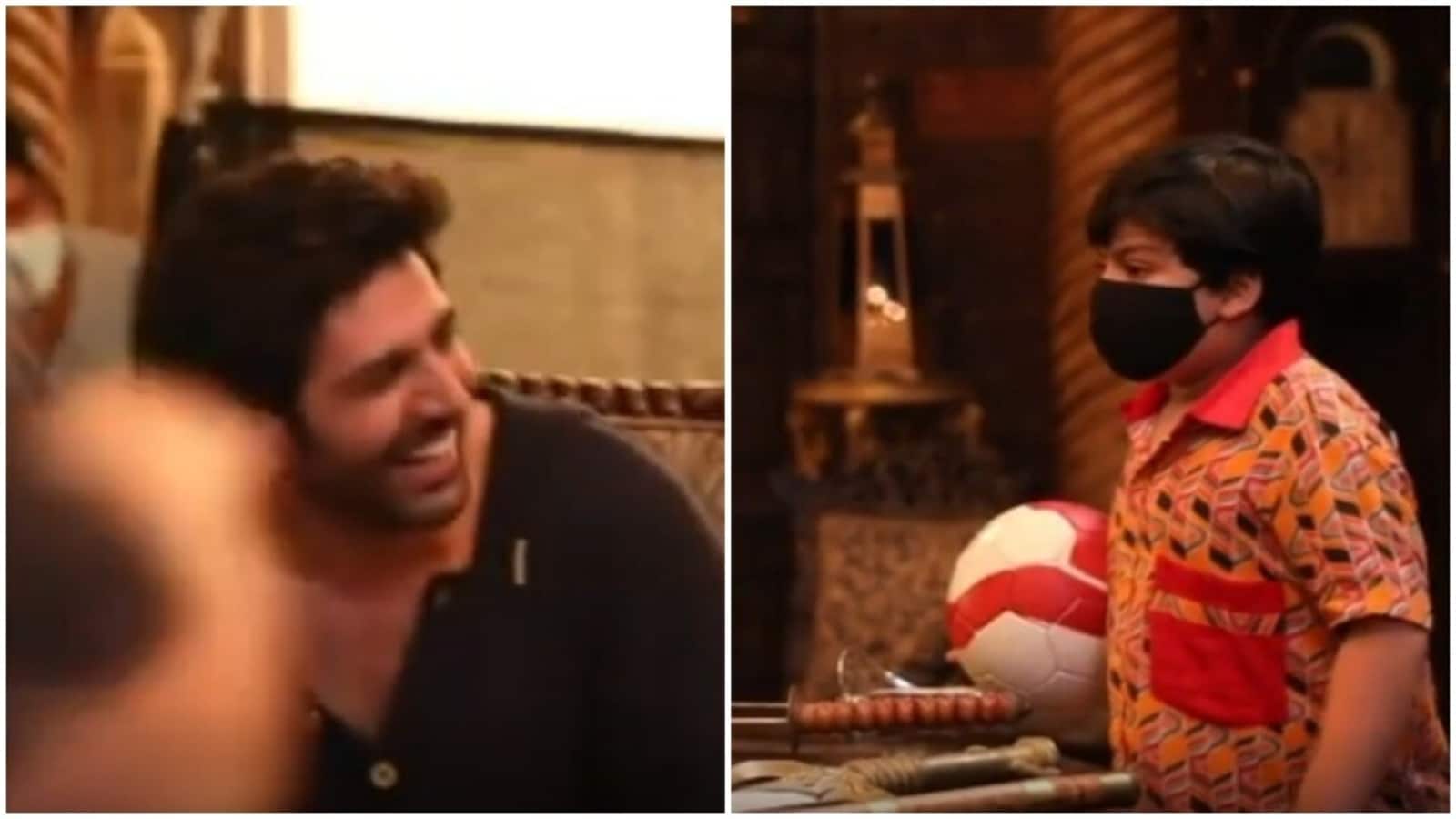 Bhool Bhulaiyaa 2, starring Kartik Aaryan, Kiara Advani, and Tabu, has recorded a successful first weekend at the box office. The film also stars child artist Siddhant Ghegadmal as Potlu, and the banter between him and Kartik Aaryan‘s character Rooh Baba was one of the highlights of the film. Kartik has now shared a blooper from the set, which left him in splits; in it Siddhant made a relatable mistake during the shoot. Also Read| Bhool Bhulaiyaa 2 box office day 3 collection: Kartik Aaryan-Kiara Advani’s film crosses ₹50 cr in first weekend

The blooper also revealed one of the lesser struggles of filming amidst the coronavirus pandemic. The video started with Kartik playing carrom for a scene, and a few seconds later, Siddhant enters the room while repeatedly shouting, “Maine dekh liya (I saw it).” As Siddhant took a pause after his line, someone pointed out to him that he had not removed his face mask for the scene. Kartik and everyone else on the set burst out laughing, while Siddhant, aka Potlu, removed his mask and walked out of the room in order to shoot the scene again.

Kartik shared the video on his Instagram account on Sunday with the caption, “My over enthu Potlu,” adding a mask emoji.” Siddhant received a lot of praise in the comments section. Filmmaker Farah Khan wrote, “I lovvvv potlu,” and Kartik replied to her, “Same.” Actor Sunny Singh commented laughing emojis. A fan wrote, “Potlu was the cutest,” while another commented, “Poor guy,” adding laughing emojis.

Bhool Bhulaiyaa 2, which also starred Sanjay Mishra and Rajpal Yadav, had a strong opening weekend and has collected around ₹54-55 crore. Kartik himself visited Gaiety cinemas in Mumbai to watch his film but could not get a ticket as the show was houseful.

The horror-comedy by Anees Bazmee is the standalone sequel to the popular 2007 horror-comedy Bhool Bhulaiyaa, which was directed by Priyadarshan and starred Akshay Kumar, Vidya Balan, Amisha Patel, and Shiney Ahuja in the lead roles.