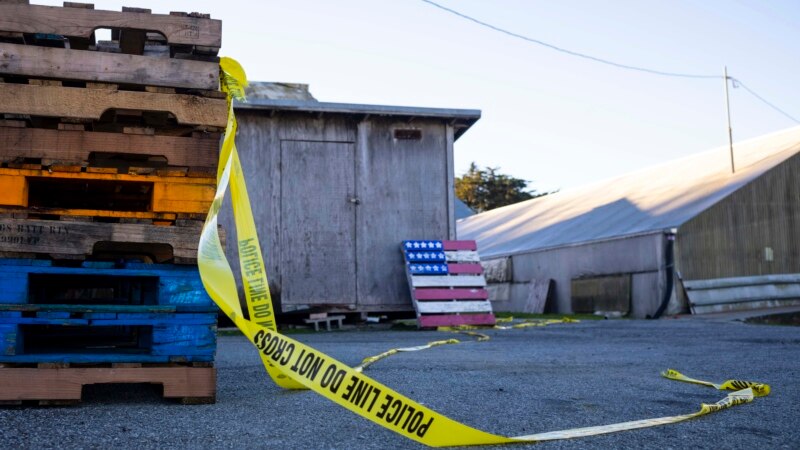 As Californians deal with two deadly mass shootings just days apart, President Joe Biden is throwing his support behind gun control measures, including renewing the 1994 assault weapons ban he championed as a senator.

“Even as we await further details on these shootings, we know the scourge of gun violence across America requires stronger action. I once again urge both chambers of Congress to act quickly and deliver this assault weapons ban to my desk, and take action to keep American communities, schools, workplaces, and homes safe,” President Biden said in a statement Tuesday following Monday’s shootings in Half Moon Bay, California, that left at least seven people dead.

The shootings happened just two days after a gunman killed at least 11 people at a dance studio in Monterey Park, California, as that city’s Asian American community was celebrating Lunar New Year weekend.

On Monday, U.S. Senator Dianne Feinstein, a Democrat from California, along with Senators Richard Blumenthal and Chris Murphy, both Connecticut Democrats, introduced a bill to reinstate a federal assault weapons ban, as well as legislation to raise the minimum age to purchase an assault weapon to 21. That ban expired in 2004.

“The constant stream of mass shootings have one common thread: They almost all involve assault weapons. It’s because these weapons were designed to kill as many people as quickly as possible,” Feinstein said. “It’s time we stand up to the gun lobby and remove these weapons of war from our streets or, at the very least, keep them out of the hands of young people.”

The Senate’s proposed weapons ban, opposed by Republicans and gun rights activists, would block the sale, manufacture, transfer and importation of 205 specific weapons by name that have the features of guns used by the military and outlaws magazines that can hold more than 10 rounds of ammunition.

Democratic Representative David Cicilline will introduce a companion version of the bill in the House of Representatives. Both chambers will need to pass the bill for it to reach Biden’s desk to be signed into law.

With Republicans in control of the House of Representatives, there’s little chance of the bill passing. Speaker of the House Kevin McCarthy, a California Republican, told reporters on Tuesday he would not take up new gun laws until he knew more about both shootings. Polls show most Republican voters oppose restrictions on the right to bear arms, protected under the Second Amendment.

And with the conservative-leaning Supreme Court overturning a New York gun safety law in June, other states may find their gun restrictions threatened as well, said Jonathan Metzl, a Vanderbilt University sociologist with a focus on gun policies.

“Nothing will happen really until we address not only everyday [gun] legislation, which is important,” Metzl told VOA. “But really, the Supreme Court is undermining the gun safety movement right now and in really catastrophic ways.”

“But what we believe is that Congress needs to act,” she told reporters Tuesday.

In the U.S., there have been more deadly gun violence incidents so far this year than in the same period of any year on record. There have been about 40 mass shootings, defined as incidents with at least four victims shot, across the country in the first three weeks of 2023.

Last June, just more than a month after the mass shooting at a Texas elementary school killed 19 children and two adults and a mass shooting at a Buffalo, N.Y. supermarket killed 10 Black people, Biden signed a bipartisan gun safety bill into law.

The legislation, the first major gun safety regulation passed by Congress in nearly 30 years, includes strengthening background checks for gun buyers between the ages of 18 and 21 and providing incentives for states to pass so-called red flag laws that allow groups to petition courts to remove weapons from people deemed a threat to themselves or others, among other provisions.