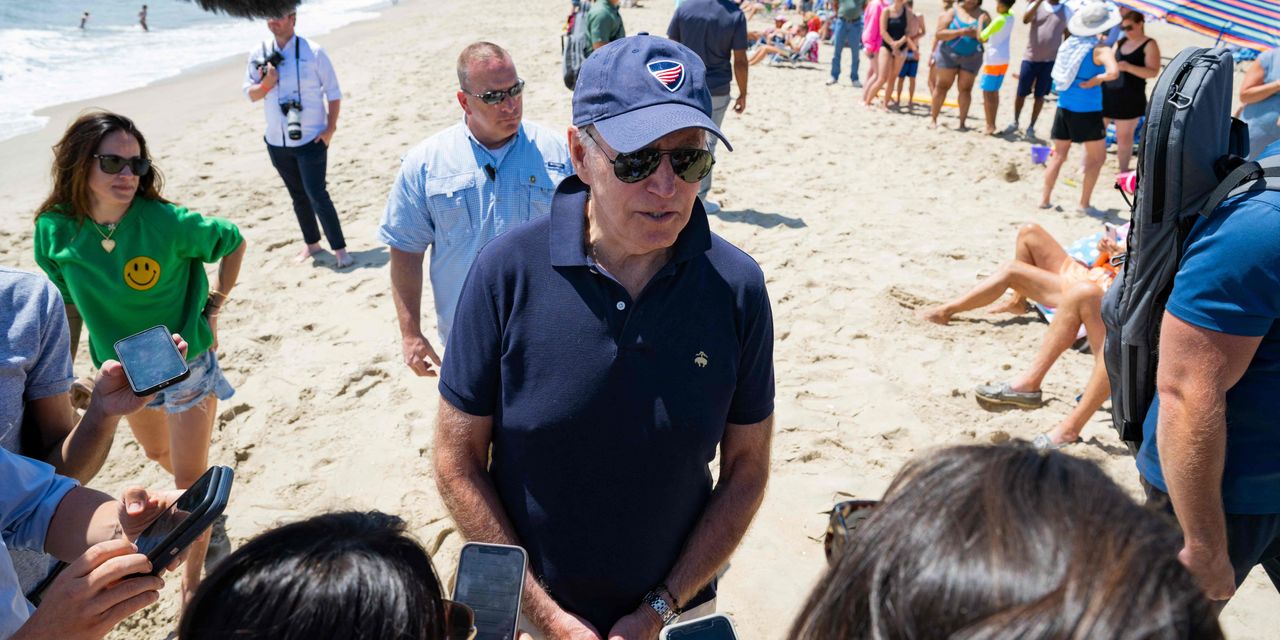 President Biden said Monday that he may make a decision within days on seeking a pause to the federal gasoline tax, as Americans deal with soaring gas prices.

Mr. Biden told reporters in Rehoboth Beach, Del., that he is considering a gas tax holiday. “I hope to have a decision based on the data I’m looking for by the end of the week,” he said.

Gas prices started increasing last year and surged following Russia’s invasion of Ukraine, which disrupted the global oil market. The average cost of a gallon of unleaded fuel in the U.S. hit $4.98 on Monday, according to AAA. That is up from about $3 a year ago.

Any suspension in the federal gas tax of 18.4 cents a gallon would require action from Congress. So far, Democratic-led efforts to temporarily pause collecting the tax have failed to gain traction.

(R., Ky.) has accused Democrats of playing “political games,” noting that any gasoline-tax relief would expire soon after midterm elections.

Critics of a suspension say oil companies may only pocket the tax relief without passing savings on to consumers. Others point out that the tax makes up only a small part of the overall cost of gasoline. And some say state and federal gasoline-tax decreases could jeopardize much-needed road and bridge improvements, including projects to be funded by last year’s $1 trillion bipartisan infrastructure law.

At a news conference in Toronto on Monday, Treasury Secretary

said that studies of gas-tax holidays at the state level have shown much of the tax relief is passed on to consumers. The evidence for a suspension of the federal gas tax is more mixed, she said.

“I think it would be some pass-through to prices at the pump and some portion that would end up raising the base. But nevertheless, consumers are really hurting from higher gas prices,” she said. “It’s been a substantial burden on American households. And I think, while not perfect, it is something that should be under consideration and as a policy to address it.”

A White House official said: “The president has made clear that he is willing to explore all options and hear all ideas that would help lower gas prices for the American people. Conversations remain ongoing.”

At the state level, the gasoline-tax issue cuts across traditional partisan politics, with both Republicans and Democrats supporting various relief measures.

a former Treasury secretary, criticized the idea on Sunday as a “gimmick…you eventually have to reverse,” speaking on NBC’s “Meet the Press.” He also said that he thought the “dominant probability would be that by the end of next year, we would be seeing a recession in the American economy.”

The president said Monday that he spoke with Mr. Summers that morning and reiterated that he doesn’t see a recession as inevitable.

The Federal Reserve this month agreed to a 0.75-percentage-point rate increase, the largest interest-rate hike since 1994, and signaled it would continue lifting rates this year at the most rapid pace in decades to fight inflation that is running at a 40-year high.

—Andrew Ackerman contributed to this article.