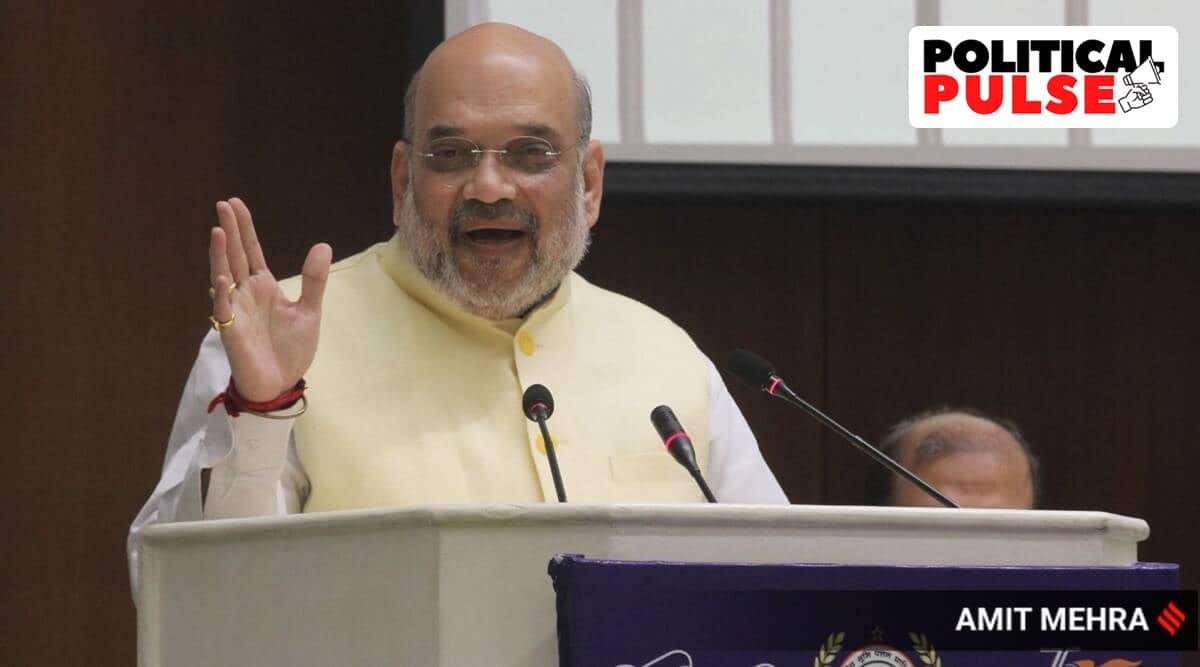 BARELY days into the regime change in Punjab, the Aam Aadmi Party government in the state and Centre have locked horns. Chief Minister Bhagwant Mann has threatened protests from “streets to Parliament” against Union Home Minister Amit Shah’s announcement that March 28 onwards, Central service rules will apply to employees of the Union Territory of Chandigarh.

Calling the move contrary to the Punjab Reorganisation Act, Mann tweeted: “Central Govt has been stepwise imposing officers and personnel from other states and services in the Chandigarh administration.”

The Union Territory of Chandigarh employees currently work under Punjab service rules. Shah said the shift to Central rules will benefit them in a “big way” as their retirement age will be raised from 58 to 60 years, and women employees will get childcare leave of two years instead of the current one year.

The demand to implement Central service rules for Chandigarh employees had been pending for 20-25 years.

Parties in Punjab are seeing Shah’s announcement, which was not expected, in context of the municipal polls held in December in Chandigarh, in which the BJP was stunned by AAP. Chandigarh is considered a BJP stronghold but in December, AAP had taken away most of the 14 seats. The BJP had managed to win the mayoral post but it was a contested decision after one vote was declared invalid.

The BJP is seen to be trying to woo UT employees, with the 2024 Lok Sabha polls in mind, realising it needs all the help it can get given the recent Assembly results.

Senior leader and former Chandigarh MP Satya Pal Jain claimed that the Punjab government was not able to accept the recommendations of various pay commissions for its employees, whereas the Centre had in one go accepted a long-pending demand of UT employees. While earlier UT employees would get salary, allowances etc on the Punjab pattern, they will get the same on the pattern of the Central government, which would be more beneficial to them, he said.

Jain also said the decision would not impact Punjab. “When they are our employees, how does the announcement impact Punjab? We had been pursuing the case with the Prime Minister and Home Minister for quite some time now… This decision does not go against the interest of any state.”

In 1966, when Punjab was split into Punjab and Haryana, with some territory to Himachal Pradesh, both states claimed Chandigarh as their capital. Pending a resolution, the Centre declared Chandigarh a Union Territory. As per the Punjab Reorganisation Act, 1966, Chandigarh was to be governed by the Centre but laws in force in undivided Punjab were to be applicable to the UT.

While initially its top officer was the chief commissioner who reported to the Union Home Ministry, later the officers were drawn from the AGMUT (Arunachal Pradesh, Goa, Mizoram and Union Territories) cadre. In 1984, the Punjab governor was made administrator of the city at a time when the region was battling terrorism. Now, the post of ‘advisor to the administrator’ passed on to AGMUT-cadre IAS officers.

As per instructions by the Home Ministry, the officers and employees of Chandigarh UT (including teachers and doctors) must be drawn from Punjab and Haryana in the ratio of 60:40, respectively

The Haryana government, which is led by the BJP, has so far maintained silence on Shah’s announcement.

In 2018, the Centre had to suspend a notification merging the posts of Deputy Superintendent of Police (DSP) of Chandigarh police into the DANIPS (Delhi, Andaman and Nicobar Islands, Lakshadweep, Daman and Diu and Dadra and Nagar Haveli) cadre, after the issue snowballed into a similar controversy.