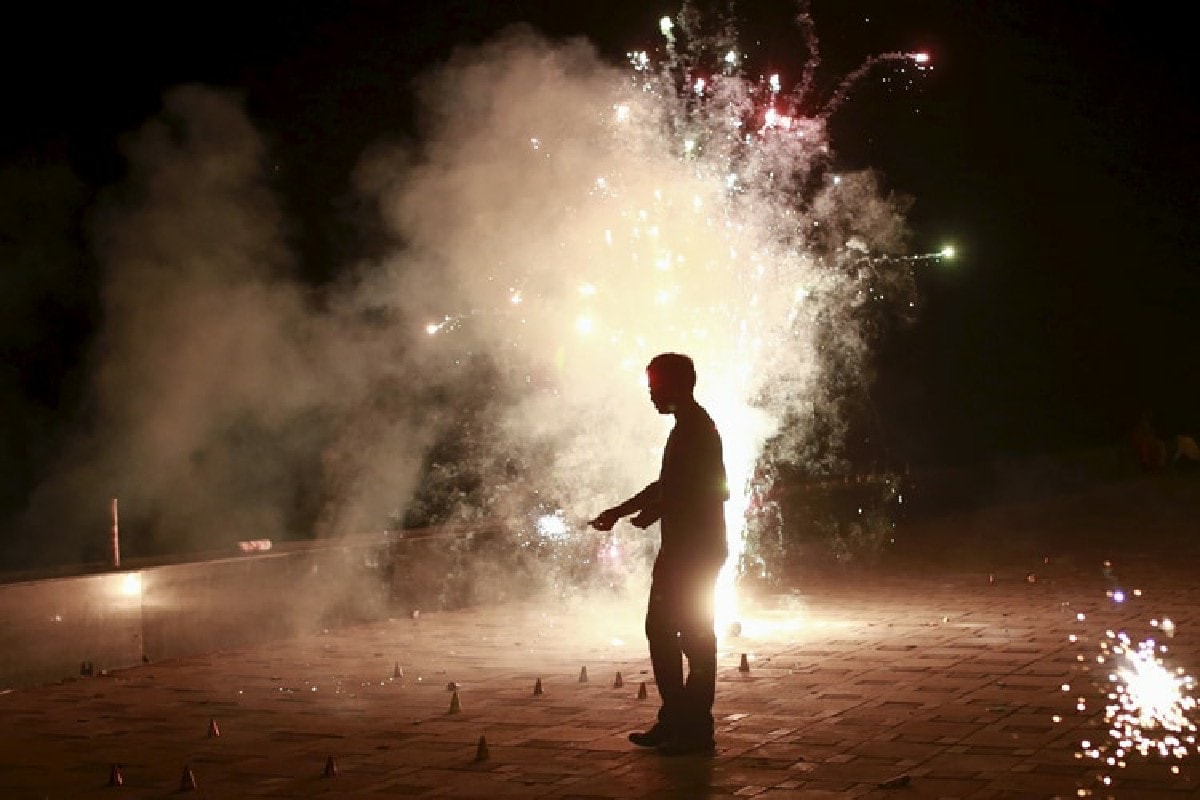 The Bihar State Pollution Control Board on Friday put a complete ban on sale or use of firecrackers in Patna, Muzaffarpur and Gaya, abiding by the National Green Tribunals (NGT) directive for maintaining ambient air quality in all cities and towns where it was “poor or worse” in November last. The sale or use of fire crackers has been banned in the three cities as their air pollution level was found to be “very poor” and “poor” respectively, the state pollution watchdog said in a statement.

The principal bench of the NGT on Monday unequivocally imposed a total ban on sale and use of firecrackers in all “cities and towns where the average ambient air quality in November last year was “poor or worse”. Only green crackers can be sold in cities or towns where air quality is “moderate” or below, and the timings for use and bursting of crackers be restricted to two hours during festivals, like Diwali, Chhath, New Year/Christmas eve, the NGT had said.

If timing was not specified by the states concerned, green crackers will be allowed in cities with “moderate” air quality and below, from 8 to 10 pm on Diwali and Gurupurab, 6 am to 8 am on Chhath and 11.55 pm to 12.30 am during Christmas and New year eve. The Bihar State Pollution Control Board had on November 10 written to the chief secretary and the director general of police informing them about the NGT order.

Principal secretaries of Home and Environment, Forest Departments, district magistrates and superintendents of police were also apprised of the order. Board chairman Ashok Kumar Ghosh has appealed to people to follow the order and be a responsible citizen for protecting the environment.

Ignoring the pollution watchdog’s initiative, the sale of firecrackers in the three cities, including the state capital, is rampant as sellers and buyers do not have any information about the ban on the sale or use of firecrackers. “We do not have any such information that sale of crackers has been banned in Patna. We heard that there are some states which have banned bursting of crackers,” a shopkeeper, who put up a roadside firecracker stall in Rajiv Nagar, said.

Policemen were also not seen preventing them from selling crackers. “What I know is that there is no ban on sale of crackers in any city of Bihar. Had I known it, I would not have purchased crackers for my 14-year-old son,” said Ajay Kumar, who was buying firecrackers from a shop in Boring road in the state capital.

When approached for his comment, Patna District Magistrate Kumar Ravi said, “we have not received any order.As and when we get the order, we will take necessary action to enforce the ban.”