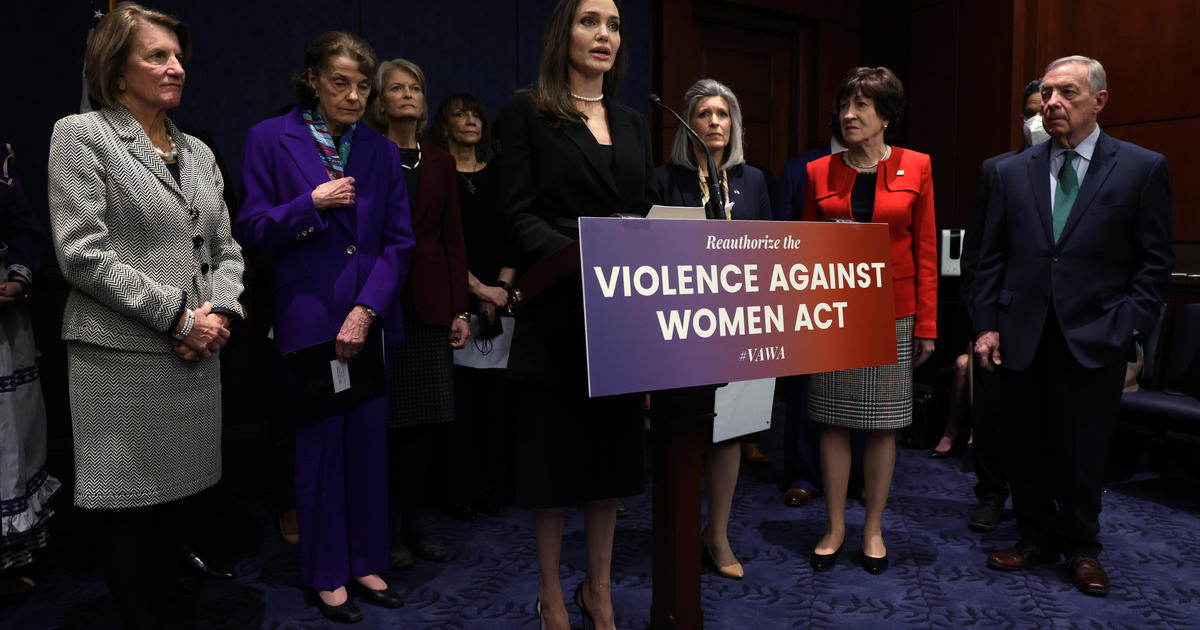 A bipartisan group of senators said Wednesday that they had reached a deal to reauthorize the Violence Against Women Act (VAWA), which expired in 2018. The compromise bill does not close the so-called “boyfriend loophole” — wherein restrictions on accessing firearms by spouses convicted of domestic violence do not apply to domestic partners.

“Now, this isn’t a perfect bill, I regret the boyfriend loophole is not addressed,” Senator Dianne Feinstein said Wednesday. “Many of us have tried very hard to get there. But it’s a good bill. And we need to finally get a Violence Against Women Act reauthorization to the president.”

Feinstein and fellow Democratic Senators Patrick Leahy and Dick Durbin were joined by Republican Senators Shelley Moore Capito, Susan Collins, Joni Ernst and Lisa Murkowski and actress Angelina Jolie, who has lobbied for the reauthorization of the bill, to make the announcement. The senators said the bill will “reauthorize and strengthen the landmark 1994 law.”

Jolie said at the press conference there are “many people for whom this legislation comes too late. The women who have suffered through this system with little or no support who still carry the pain and trauma of their abuse. The young adults who have survived abuse and emerged stronger not because of the child protective system, but despite it. And the women and children who have died, who could have been saved.”

Feinstein said there are nine Republicans and nine Democrats cosponsoring the bill, but Durbin acknowledged they still need more Republican’s support to pass it. The House already voted to reauthorize VAWA last year.

Durbin indicated that the vote wouldn’t happen next week, and would likely take place after the President’s Day recess. He said they were still searching for one more Republican vote.

After the press conference, President Biden, who wrote and championed the original VAWA, said he applauded the senators for coming up with the compromise bill.

“In the nearly three decades since its passage, the law has been reauthorized three times with broad bipartisan support,” Mr. Biden said in a statement. “Each time, I have helped work to strengthen its protections — expanding access to safety and resources for all survivors, particularly those from marginalized communities. And while studies have shown that domestic violence and sexual assault rates have declined significantly since VAWA took effect, we know that we still have work to do.”

According to a release from the senators, the compromise bill will:

Alan He and Nikole Killion contributed to this report.